Mueller Punts On Obstruction Charges – Should The Democrats Go For Impeachment? 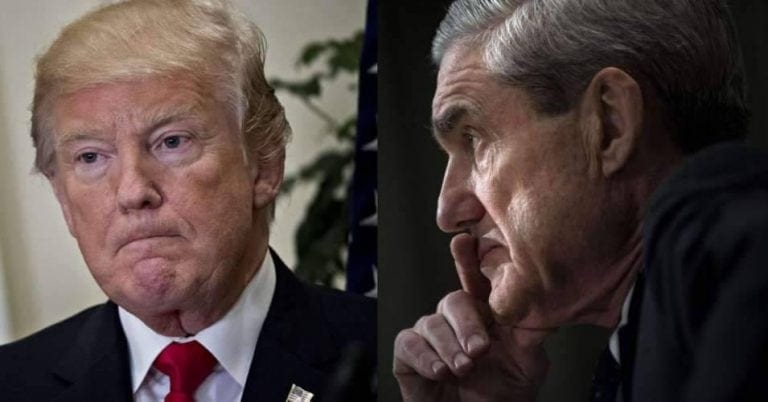 The Special counsel Robert Mueller today closed his investigation into alleged collusion of the Trump campaign with alleged Russian interference with the 2016 election.

Mueller did not say anything that goes beyond his already published report. But he empathized that his report did not absolve Trump of obstructing his investigation. Mueller said:

“If we have confidence the president clearly did not commit a crime, we would have said so.”

“Charging the President with a crime was not an option we could consider.”

It is the long standing legal opinion of the Justice Department that it -as part of the executive-  can not indict a sitting president for a crime. The only entity which can do that is Congress through the impeachment process. Mueller had to follow that opinion. He now punted the issue to Congress.

The leader of the Democratic party in the House Nancy Pelosi so far rejected to make that move. She fears that an impeachment process will only help Trump during the upcoming campaign season. He would certainly try to block the process. He would play the victim and demonize the Democrats over it. The media noise during a running impeachment process would also drown out any other policy issues the Democrats might want to highlight. Russiagate already did that throughout the last two and a half years. It didn't help the party.

But there are also arguments that an impeachment process could damage Trump and increase the chance that he loses the 2020 election. Professor Alan Lichtman, who correctly predicted all presidential election since 1984, uses 13 true/false statements to judge if the candidate of the incumbent party will get elected. His current prediction:

"Trump wins again in 2020 unless six of 13 key factors turn against him. I have no final verdict yet because much could change during the next year. Currently, the President is down only three keys: Republican losses in the midterm elections, the lack of a foreign policy success, and the president's limited appeal to voters."

One of Lichtman's key factors is 9. Scandal: The incumbent administration is untainted by major scandal.

Lichtman thinks that an impeachment process would be negative for Trump:

"Democrats are fundamentally wrong about the politics of impeachment and their prospects for victory in 2020. An impeachment and subsequent trial would cost the president a crucial fourth key -- the scandal key -- just as it cost Democrats that key in 2000. The indictment and trial would also expose him to dropping another key by encouraging a serious challenge to his re-nomination. Other potential negative keys include the emergence of a charismatic Democratic challenger, a significant third-party challenge, a foreign policy disaster, or an election-year recession. Without impeachment, however, Democratic prospects are grim."

I disagree with that take. Even with impeachment and a nomination challenger Trump would likely still win the election.

There is no charismatic Democratic challenger in sight. Currently leading in the primary polls are Biden, Sanders and Warren. Neither of them can compete with the Trump's popularity. Despite Russigate he still has a 41% approval rating which is quite high for a midterm presidency.

Trump is also a master at playing the media. He would surely find ways to turn an impeachment circus to his advantage. His arguments would be very simply:

If I, as your all powerful president, had really wanted to obstruct the investigation, I would have succeeded.

Why would I have obstructed an investigation that I was sure would find me innocent - which it clearly did.

Trump would turn the impeachment process from a scandal about him into a scandal that the Democrats are to blame for.

With or without impeachment the Democrats have little chance to win the presidency. They should concentrate on keeping their House majority and on fetching more Senate seats. An impeachment will be anyway be unsuccessful because the Republicans own the Senate and will vote down any impeachment indictment that might pass the House.

The Democrats can only win the 2020 election if they have a real strong policy issue that is supported by a large majority of the population. 'Medicare for all' is such a winner. Health care is THE top issue for U.S. voters. Some two thirds of them support a universal government run health insurance that would cover the basic health issues and catastrophic cases. Private insurance for more cosmetic issues could be bought on top of that.

But significant parts of the Democratic party leadership are against such a system. They fear for the large donations and other bribes the pharma and health industry throws at them.

During the midterm election Gallup asked voters about their main policy issues. Despite two years of loud media noise Russiagate was the issue they named least. An impeachment process would likewise create lots of media attention, but would have little relevance for the real problems the voters care about. It would drown out the policy messages the Democrats need to send.

To hype Russiagate was already a mistake. The voters did not care about it. To go for impeachment over murky obstruction charges would likely be worse.

“If we have confidence the president clearly did not commit a crime, we would have said so.”
_____________________________________________Mueller's statements constitute reprehensible innuendo. As B. notes, both this oblique negative "clarification" and Mueller's implication that his hands were tied by DOJ regulations amounts to a reprehensible attempt to signal that the institutional anti-Trump "Resistance" should vigorously pursue stitching up Trump despite Mueller's own inability to do so.It's like a tag-team marathon lynching, and the odious Mueller is handing off the baton to his teammates in malfeasance.It's not exactly a selfless act on Mueller's part, either. If Trump is prematurely removed from office, or sufficiently slandered to a point that renders him unelectable, Mueller and his corrupt associates will claim vindication.

Impeachment would be another distraction that would go nowhere positive for either party so it won't happen.

Trump has as much dirt on the Dems as they do on him......it would be an ugly cat fight and the public would win....we can't have that

I like the last paragraph of Catlin Johnstone's latest
"
All political analysis which favors either the Democratic Party or the Republican Party is inherently worthless, because both parties are made of swamp and exist in service of the swamp. If you can't see that the entire system is one unified block of corruption and that ordinary people need to come together and unite against it, then you really don't understand what you're looking at.

About the Author
"b" is Moon of Alabama's chief editor/correspondent's nom de guerre.