Russia, Serbia, Belarus: The “Slavic Brotherhood” Military Drills Are a Soft Power Boon for All Participants

Russia, Serbia, and Belarus each derive certain soft power benefits from their participation in the “Slavic Brotherhood” military drills, with this year’s exercises taking on a greater significance for all of them due to the changed international context in which they’re occurring. 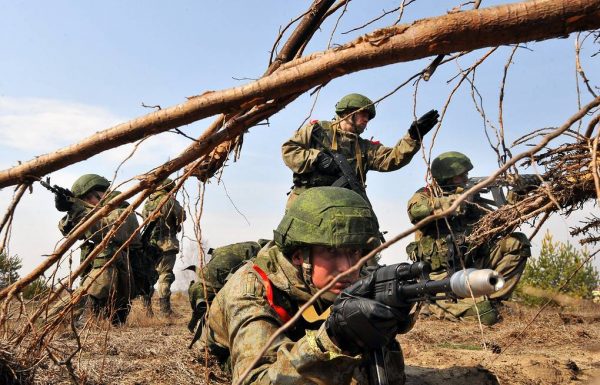 The annual trilateral “Slavic Brotherhood” military drills between Russia, Serbia, and Belarus are taking place this year right outside Belgrade and will last from 14-27 June. The aptly titled exercises reinforce the strong partnership between these three parties and have recently begun to generate substantial international media coverage because of the context in which they’re occurring, which is more important this year than ever before. Nothing of significance has changed in the New Cold War since last time, but there are signs that the relations between each of these three Slavic states are undergoing a period of uncertain reform, hence why they all derive certain soft power benefits from their participation in this latest drill.

To tackle the proverbial elephant in the room first, Russia’s Eurasian Union and CSTO ally Belarus has been “rebalancing” its ties with it over the past year after entering into a series of seemingly intractable disputes concerning energy and agriculture, which have occurred countless times before in the past but this time no solution has yet to be found. Making a long story short, Russia refused to continue subsidizing Belarus’ energy imports that Minsk was re-exporting for considerable profit abroad and also decided to crack down on the scheme that its neighbor was allegedly playing by acting as a lucrative backdoor for counter-sanctioned EU products to enter the Russian marketplace via the Eurasian Union free trade loophole. 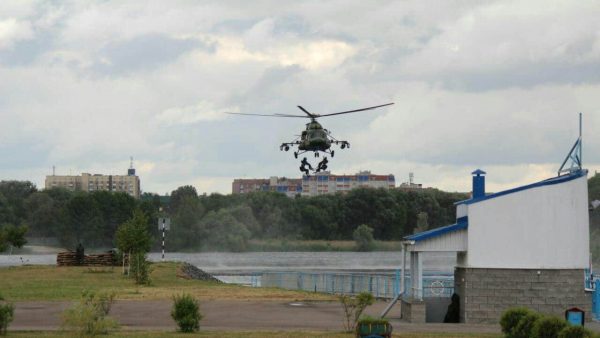 Russia recently replaced its Ambassador to Belarus after less than a year following domestic pushback to some of his more controversial statements during this increasingly tense period, but both parties finally seem to have de-escalated the situation with the appointment of the new Russian representative and appear to be back on track to repair the short-term damage that was done to their relationship. Therefore, Belarus’ participation in the “Slavic Brotherhood” exercises is a reminder that the ties between these two fraternal states are much stronger than some observers might think, with both countries wanting to show the world that their military and cultural cooperation (the latter by virtue of the drills’ symbolic name) is still very close.

As for Serbia, it’s been practicing a complex “balancing” act for decades since the time of Yugoslavia at the dawn of the Old Cold War, but it’s recently tilted closer towards the West as it’s sought to receive EU membership as part of President Vucic’s bid to revive its struggling economy, though only on the condition of controversially “normalizing” relations with its NATO-occupied breakaway province of Kosovo & Metohija. It’s here where Russia is expected to play an enormous diplomatic role in legitimizing whatever decision Belgrade ultimately makes in this respect given the Great Power’s gigantic soft power appeal in both the country and the Balkans in general. Participating in military drills with Russia, let alone on Serbian territory itself, reinforces the notion that Moscow is Belgrade’s military ally.

That said, while the arms trade between the two is excellent, Serbia nevertheless cooperates more closely with NATO than Russia ever since entering into the so-called “Partnership for Peace” framework in 2006. Furthermore, there are obvious limitations to what Russia could do to militarily support Serbia in practically any scenario, but the country’s patriotic masses are easily guided by ruling party-controlled media into exaggerating the importance of the Russian-Serbian Strategic Partnership and imagining that Moscow would directly intervene in the event of worsening clashes in Kosovo despite it remaining on the sidelines during the latest ones when even its own UN official there was attacked by the Albanians.

This brings to mind the soft power benefit that Russia derives from the “Slavic Brotherhood” drills, which is that they signal to the West that Moscow is a stakeholder in Serbia’s security even if it’s realistically incapable of ensuring as much in the manner that many Serbs might expect. Nevertheless, it symbolizes that the Balkans are still within Russia’s limited “sphere of influence” and that it’s unwilling to surrender it entirely to the West, ergo the celebration of “Slavic Brotherhood” in Serbia for nearly the next two weeks. All in all, Russia, Serbia, and Belarus each benefit in the soft power sense from the ongoing drills, even if they have their own motivations for participating in them at the present moment.

Of course, Russia is the pre-eminent sibling in this unique brotherhood

Note to readers: please click the share buttons above or below. Forward this article to your email lists. Crosspost on your blog site, internet forums. etc.

The original source of this article is Global Research, a fraternal site.

ABOUT THE AUTHOR
Andrew Korybko is an American Moscow-based political analyst specializing in the relationship between the US strategy in Afro-Eurasia, China’s One Belt One Road global vision of New Silk Road connectivity, and Hybrid Warfare. He is a frequent contributor to Global Research.

Today’s Attacks On Ships In The Gulf Of Oman Are Not In Iran’s Interest – Or Are They? (Updated)

What just happened in the Ukraine?