Home ABOMINATIONS How to Serve Man?

How to Serve Man? 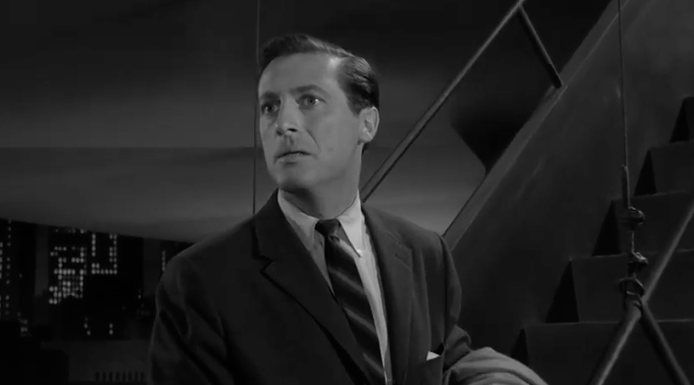 Inspired by the 1962 Twilight Zone episode How to Serve Man this writer uses that to make some cogent points about our corporate and political system. We have ( too) large corporations that do as little as possible to make we working stiffs’ life easier. Instead, they continue to attack our pocketbooks and our bodies with inferior products and services. Imagine how the banking system overcharges for us keeping our money with them, or using our money through them. An overdraft or stop payment fee should be a few dollars, instead of the average of $ 34 and $ 32 for both. Overdraft fees hit consumers for over $34 billion a year at last count. Where were out great politicians to stop this? Recently, with the prime rate at around 5.5 %, the average interest rate charge for an overdue card balance is at 17+%! The aforementioned Shylock charges have been going on for decades! Yet, the politicians from both parties , especially those who get uber donations from the banking industry, do squat!!

We have military spending at over 50% of our federal tax revenue. Recently, most of the Republican Senators and 38 Democratic Senators just passed an over $750 billion military spending bill. The Democratic controlled House said ‘ Too much’ and suggested an increase over last year’s bill to $ 733 billion. Real progressive, right, when it comes to holding the Pentagon’s hand down the rabbit hole of fiscal insolvency. Meanwhile, the roads and bridges, railroads, schools , health care and ALL safety nets remain broken… along with the futures for working stiffs nationwide.

All the embedded in empire mainstream media cares about is how much this new crop of presidential pretenders and current ‘ Reality TV ‘ president are raising for their campaigns. When there is any new crisis like this Tropical Storm Barry, they are always all over it. Yet, they always fail to mention that ALL the major hurricanes and tornados which devastate our cities could have been better received if our infrastructure in those areas was better secured. After such devastation, as with Katrina, Sandy, Mathew, Maria and Irma, if Uncle Sam didn’t spend most of our tax dollars in keeping our military in the ‘ hornet’s nest’ of the Middle East ( it cost taxpayers over $ 1,000,000 a year to keep ONE soldier in Afghanistan) the poor survivors of said hurricanes would be properly cared for. Bush Jr. telling his buddy Michael Brown “ Good job Brownie” when the Katrina aftermath was boldly mishandled, and Trump throwing toilet paper to the Puerto Rican survivors of Hurricane Maria were examples of how NOT to serve man.

Like serfs on some feudal estate, most of my fellow Amerikans continue to be, in the words of the late, great Malcolm X, to be ‘ Conned, Hoodwinked, Bamboozled, Led Astray and Run Amuck’. The narcotic effect of thinking we are a democracy has seeped into their psyches. Many have already , for generations of families, just given up. Others are more concerned with the 24/7 sports and media driven gossip to care about their own future and that of their kids and grandkids. Then we have those who crave a leader to show them the way. Regardless of all the above, the end of this Amerikan culture will be like the end of that Twilight Zone Episode. As the people file onto the spaceship of ‘ friendly ‘ alien visitors, the code breaker runs up and shouts to them “ I found out that their book ‘ How to Serve Man ‘ is a cookbook!!!!

Why “Incremental Change” Is Worse Than No Change At All