US media continues to downplay suspicions about Jeffrey Epstein’s death

August 14, 2019
Please make sure these dispatches reach as many readers as possible. Share with kin, friends and workmates and ask them to do likewise.

[dropcap]T[/dropcap]he American media, largely unsuccessfully, continues to downplay notions that there was anything suspicious about the death of financier Jeffrey Epstein at the Metropolitan Correctional Center (MCC) in New York City on August 10. Epstein was at the facility awaiting trial on sex trafficking charges.

After days of breathless coverage, the New York Times and the Wall Street Journal both removed the Epstein story from the front pages of their print editions on Tuesday. In effect, the official word had come down: this was something that should no longer preoccupy the public. 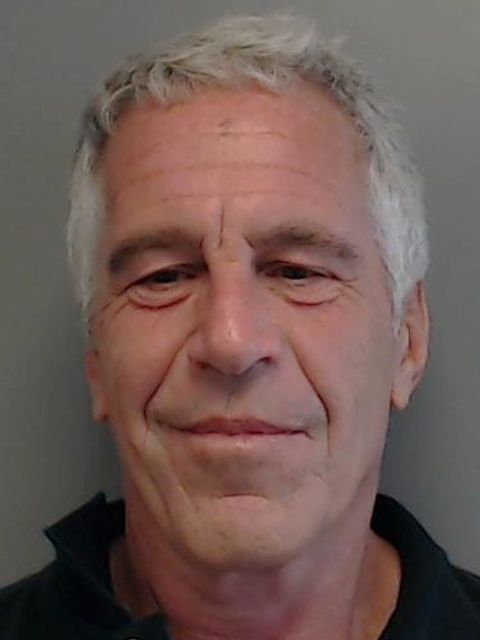 Meanwhile, however, the actual facts surrounding the multi-millionaire’s death grew “curiouser and curiouser.” CBS news, for example, reported Tuesday that on the morning of “Jeffrey Epstein’s death there was shouting and shrieking from his jail cell, a source familiar with the situation” told the television network.

In addition, an official of the prison guards union informed the media that one of Epstein’s guards on the fatal night was not a regular correctional officer, but, according to the Associated Press, “a fill-in who had been pressed into service because of staffing shortages.” AP carried a report that the warden at the MCC “was removed … and two guards who were supposed to be watching the financier were placed on leave while federal authorities investigate the death.” From this, the news agency draws the conclusion that the federal jail “may have bungled its responsibility to keep the 66-year-old Epstein from harming himself.”

Editor's Note:
As usual, David Walsh is quite right with his observations on media behaviour.  The presstitutes are busy floating various coverups and red herrings, the whole circus amounting to risible "coverups of coverups".  Just consider:

• The "double coverup gambit": The media woud have us believe there is a coverup within the correctional bureaucracy, according to which, yes, it's true that Epstein killed himself (sic), but only because the guards assigned to watch him around the clock were found to be careless, absent, fatigued, moronic, or otherwise grossly inefficient. The geniuses spinning these lies are hoping that people who swallow the "jail bureaucrats inefficiency" coverup story will get off the much more dangerous track of looking into a sex ring operated for decades with motives of political blackmail and possibly espionage at the highest levels of several prominent Western nations—including the US, Israel, and the UK— and their rotten ruling cliques.

• The diversionary noise coverup: The victims' pain. Now all these wronged girls, clamoring for a pound of flesh from their villainous exploiter, will have to content themselves with a much paltrier prize, this, as per self-righteous declarations from the inevitable and redoubtable champion of women, Gloria Allred. Once your mind locks on this, you're off the rails.

• Flogging the old horse: The Russians did it.  This particulary idiotic and as usual groundless line has been floated by certifiably indecent human being Joe Scarborough, from his ludicrous perch on MSNBC, a notorious engine of disinformation.  Draw your own conclusions.

Rep. Jerry Nadler (Democrat, New York) and Rep. Doug Collins (Republican, Georgia), leaders of the House Judiciary Committee, addressed a letter to the Federal Bureau of Prisons Monday, asking a series of questions about the bureau’s suicide prevention program, conditions at the MCC and details of Epstein’s confinement. Nadler and Collins desired information about Epstein’s monitoring while on suicide watch “and while not on suicide watch, including … the number of correctional officers assigned to monitor him, and the frequency and nature of check-ins or contact with Mr. Epstein by correctional officers.”

They also wrote, “Please describe the circumstances of Mr. Epstein’s confinement, including whether he was housed alone for the entirety of his incarceration or with other inmates, and the conditions of the cell or cells where he was confined.” The congressmen asked as well about “the individual correctional officers who were responsible for monitoring Mr. Epstein on August 9 and August 10, specifically with respect to how long they had been on their shifts at the time Mr. Epstein had been found non-responsive in his cell.” Again, the implication of the questions from Nadler and Collins is that the Bureau of Prisons “bungled” Epstein’s custody.

The American media does not care to entertain the possibility of foul play, but the latter has entered the minds of a great many. Epstein was associated with powerful, dangerous people, from Wall Street to the White House, from Britain’s Royal Family to a former Israeli prime minister. The potentially embarrassing or criminal character of these connections, which might have emerged in open court, provided considerable incentive for Epstein’s elimination.

There was certainly nervousness in the ruling elite. What would an Epstein trial reveal about the contemporary “lifestyles of the rich and famous”? The filth likely to come out would only encourage working class anger and even social upheaval. The powers-that-be everywhere, with their collective guilty conscience, live day to day in expectation of the other shoe explosively dropping.

If those general considerations weren’t sufficient to generate skepticism about the official story of “apparent suicide,” the immediate circumstances, as noted, are suspicious enough. The media coverage has an almost inevitably schizophrenic character: while the various outlets, with one hand, reject “conspiracy theories,” the facts are so peculiar and disturbing that the commentators are obliged, with the other, to concede that something untoward might have occurred. 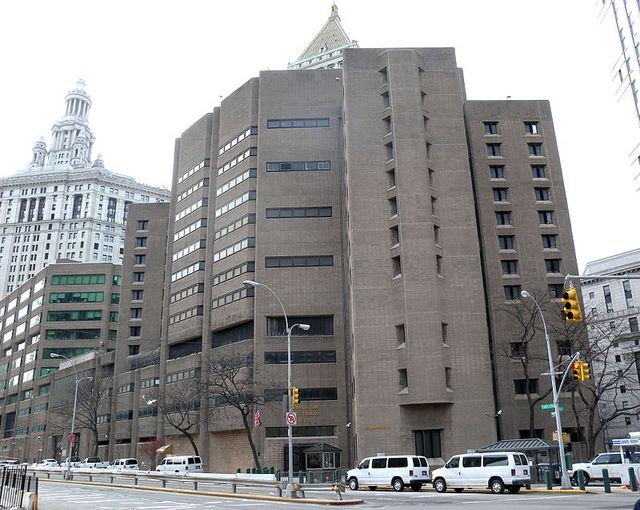 For instance, a Newsday editorial (“Questions about Jeffrey Epstein’s death demand answers”), expressing displeasure about a few days in which “conspiracy theories took flight,” only encouraged such “theories” with its own recounting of the improbable facts: “How is it possible that Epstein died in federal custody in the Metropolitan Correctional Center in lower Manhattan? He had tried to kill himself in jail in July, officials have said, but was taken off suicide watch on July 29. He was supposed to have a cellmate after that, but did not. He was to be checked frequently by guards, but was not on the night he died—two of those guards were on overtime shifts, one for the fourth or fifth straight day. The decision to remove Epstein from suicide watch was problematic. So, too, was the failure to sufficiently monitor Epstein, whether the neglect was accidental or intentional.” Need it be said that the “intentional” neglect raised here, in such a case, would amount to criminal complicity?

Likewise, John Cassidy in the New Yorker set out from his headline onward to allay suspicions, but, in the end, merely deepened them. In his piece, “Jeffrey Epstein Conspiracies and the Mysterious Deaths of the Rich and Ruined,” Cassidy first assured his readers that “Based on what we know now, it appears that Epstein killed himself in his cell at the Metropolitan Correctional Center, on Saturday morning, and that no one else was involved.”

After the bland assertion that suicide “fits the facts that have been revealed so far” and that it “also fits what we know about Epstein’s psychological profile,” the author nonetheless felt obliged to wonder out loud, “Could someone working for Epstein have got to the warden, or whoever made the suicide-watch decision, and to the guards? Given the way the earlier case was resolved, in 2008, and the list of names that have been associated with Epstein, such a possibility, outlandish as it sounds, needs to be investigated.”

A columnist for the Pittsburgh Post-Gazette mused as to “whether those who determined Epstein wasn’t a danger to himself had nefarious reasons or were simply incompetent.” 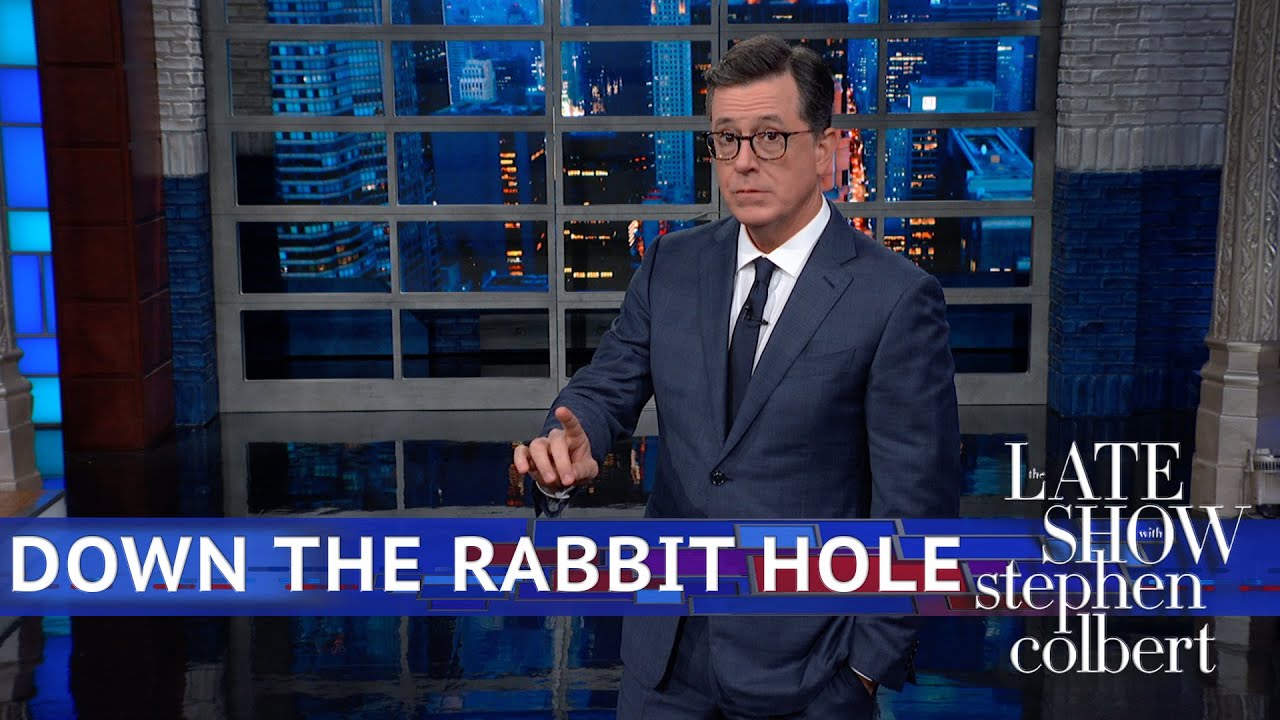 Perpetual cynic, CBS’ late-night talk show host Stephen Colbert (above), who for months passed on without criticism the Democratic Party’s far more preposterous claims about Russian interference in the 2016 elections, asserted Tuesday that Epstein’s death has “set off a wild wave of conspiracy theories online, the sort of stuff that only unstable, tinfoil-hat loons could possibly believe.” Colbert, like a good many others, used Donald Trump’s sharing of a tweet and a video suggesting that former President Bill Clinton and former Secretary of State Hillary Clinton were responsible for Epstein’s death as a means of muddying the waters.

In general, the late-night comics, as is their wont, fell in with the general establishment line. Colbert’s late-night counterpart at The Daily Show, Trevor Noah, another anti-Russian propagandist, also ridiculed “conspiracy theories,” before acknowledging that he understood why people were suspicious: “They weren’t checking in on Epstein and took him off suicide watch. Why? Look, I’m not an expert on psychology, but if someone tries to commit suicide, I don’t think two more weeks of jail would suddenly improve their outlook on life.”

The New York Times and the rest of the major media are particularly anxious and unhappy because their version of Epstein’s demise is broadly disbelieved. In fact, there is pervasive skepticism about the authorities’ explanations for nearly every significant disaster, social or natural.

The grave danger for the ruling class is that wide layers of the population no longer trust the officially sponsored “gatekeepers” in the major newspapers and television networks. They have begun to see through the highly paid toadies who fill up the Times, Washington Post, Wall Street Journal and the television news programs. And that is an entirely healthy development.

About the Author
David Walsh is a senior art and culture critic with wsws.org, a socialist publication.  Patrice Greanville is TGP's editor in chief.

Still no official cause of death even after the autopsy. Is the man even dead or is he getting the Kenneth Lay treatment, shuttled from the ME to a crematorium under veil of secrecy to live out his life in opulent obscurity.

It is hard not to think of Don Corleone during peace negotiations with the Five Families. He wants Michael Corleone back from exile and warns that if Michael is found hanged in his prison cell or is struck by lightning, he is going to blame some of the other people in the negotiation room.  Puzo’s novel and the associated film are knowledgeable about much more than just Sicilian mafiosi.