August 21, 2019
Please make sure these dispatches reach as many readers as possible. Share with kin, friends and workmates and ask them to do likewise. 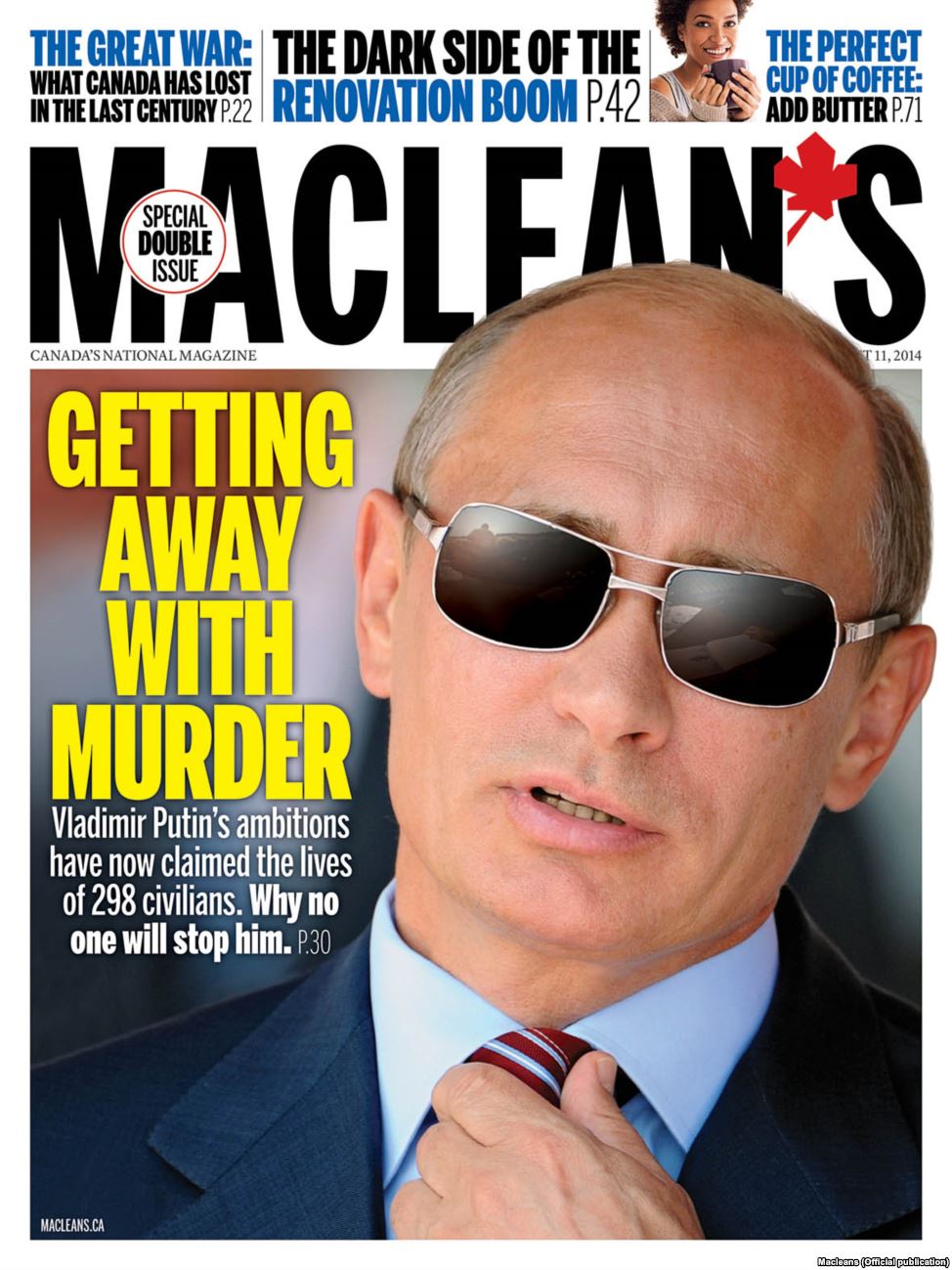 The anglo media, to their eternal damnation, from the US to Britain, plus Australia, Canada and New Zealand, lead the pack in russophobic propaganda. The above venom is on a leading Canadian magazine.

First published on 12 Feb, 2019 • This is a repost due to lasting importance of this topic.

Get short URL
Corruption is in the Russian DNA. Sharing is not a Russian trait. The Russians are genetically driven to lie. In an increasingly politically-correct media landscape, “the Russians” are still fair game.

The three statements above have been made with various alterations by journalists, expert analysts, and US officials in recent years — and each time, the overt xenophobia [or more precisely, russophobia] within them flies almost completely under the radar, in a media culture which is otherwise hyper-vigilant of real or perceived slights against any one group of people. The Russians, however, are an exception. Their very existence offers a convenient outlet for pent-up hateful, racist, and xenophobic rage. 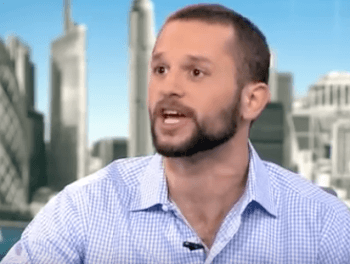 Go on, try it. I promise, you can say nearly anything you want about the Ruskies without any repercussions at all. Take journalist Josh Barro — always my favorite example. On Twitter — a veritable cesspit of anti-Russian sentiment — he mused a few years ago that Russia has been a “dystopic shithole since the dawn of history”  and offered that Russian national pride was a peculiarity, “given how little they have to be proud of.”

It’s hardly necessary to ask readers to imagine the swift condemnation (and possible loss of a job) that would have followed those tweets, had Barro been spouting off about any other group of people. Say, “Jews,” or “Asians,” or “Hispanics.”

The latest offender is the Atlantic, with a long-read  by Franklin Foer about how “Russian-style Kleptocracy” is “infiltrating” the United States — complete with shady red and black artwork intended to drive home the point: Russia is bad, bad, bad.
[The very idea that Russia could be corrupting the US, a cesspool of heinous plutocratic crimes and shenanigans is laughable on its face, but many of these media worms rely for credibility on the long-lasting effects of US exceptionalism, the country’s unofficial religion.  American exceptionalism, as we all know, fogs the mind of any sufferer to the point of complete and total blindness..—Ed.) 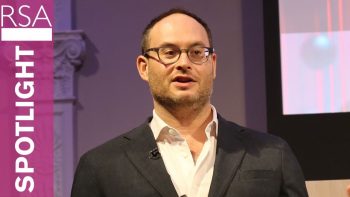 Franklin Foer—Another example of a bankrupt western punditocracy. Before his Atlantic perch, Columbia, and the New Republic. Impressive creds, but, as all imperial apologists, no decency whatsoever.

The thrust of the piece is that the collapse of the Soviet Union and emergence of Russia in the 1990s demonstrated how the world’s growing interconnectedness “could be deployed for ill.” As corrupt Russians shoveled state money into private bank accounts across Europe and the US, innocent America watched in dismay.

Congress told itself the “comforting story” that the corruption was not the norm, that “criminal outliers” and “rogue profiteers” were rushing to exploit the weakness of a new state and that good old American-style “democratic capitalist values” would win out in the end.

In this rendition of history, the US almost unwittingly “allowed” itself to become an “accomplice” to plunder against its better nature. Foer writes of the era that it was a risky time when “Russian values” might be allowed to “infect” and weaken the “moral defense systems” of American politics and business. With such a corrupting influence, the US could never emerge “untainted.”

Russianness is presented as a disease — and God forbid any of its “values” might “infect” the purer morality of the US. This kind of framing, so ubiquitous in Western media, portrays Russia as rotten to the core. Rarely, if ever, is Russianness described in positive or even neutral terms.

The article details how plundered Russian wealth easily found its way to New York, London, Los Angeles, and Miami and was welcomed with open arms by Americans who enriched themselves by enabling it, while everyone else heralded a globalist world “that would take on the best values of America.”

Of course, in reality, Russian influence was not infecting an otherwise moral system. Capitalism was simply feeding itself, as it does by its very nature. Corruption didn’t “infiltrate” the American system as a by-product of its post-Cold War dealings with Russia. In fact, the real irony of this piece is that its central argument could be turned almost completely on its head.

As journalist Aaron Maté reminded Foer on Twitter, it was the US that “sparked” the 90s plunder of Russia by propping up Boris Yeltsin, imposing economic shock therapy and a massive sell-off of state-assets, which preceded massive economic turmoil, desperate levels of poverty, and enabled the rise of the oligarchs. Shamelessly, Time magazine boasted on a particularly vulgar 1996 cover that the “Yanks” had “helped Yeltsin win” and come to Russia’s “rescue.” Just imagine the uproar if a Russian magazine ran a similar self-congratulatory cover in 2016 claiming that the Kremlin had helped Donald Trump win?

To be fair, the author of the Atlantic piece does acknowledge the corruptions which already existed in the US, where he says one NGO highlighted the fact that procuring a library card required “more identification in many states” than “creating an anonymous shell company.” He admits that sanctimonious Americans, unscrupulous as anyone else, colluded with crooks of other nationalities to enrich themselves further. The process, he says, fuelled suspicions that “the whole idea of liberal capitalism is a hypocritical sham.”

Corruption does not have a nationality; corrupt elites are a class of their own who aid and abet each other in pursuit of greater wealth. Yet, the overarching narrative of the piece is that a once-moral US was corrupted by the foreign barbarians at the gate. Similar examples are endless. A recent New York Times article argued that corruption is in the Russian “DNA” and that sharing is “not the Russian way.” Former US Director of National Intelligence James Clapper has argued that Russians are genetically predisposed to lying and cheating.

READ MORE: Clapper says Russians ‘genetically driven’ to be untrustworthy — and no one even blinks

The irony of ascribing any kind of innate goodness or other-level moral clarity to the United States after it dropped the atomic bombs and proceeded to regime-change its way into the 21st century while actively propping up compliant dictators around the world is completely lost on those who accept such framing.

Still, this kind of anti-Russia racism or xenophobia — whatever you prefer to call it — has become completely acceptable and to an extent, actually respectable. Those who target “the Russians” most vigorously and unrelentingly are handsomely rewarded in their media careers.

Even the Russian language has been almost criminalized. As though we were living in the 1950s, Cyrillic is again used and abused in the most ridiculous, nonsensical ways, its letters regularly misused by mainstream news shows, in magazines or on book covers, to imply the innate shadiness of something.

Headlines often inform us not that the Russian state or the Kremlin is doing something, but that “the Russians” are doing it. Journalists who would hardly ever tell us that “the British” are collectively responsible for anything have no problem blaming “the Russians” for anything. You might have thought the era of McCarthyism was over, but even in 2019, “the Russians” still act with a collective wickedness in the American media hive mind.

The problem is almost as bad in Britain, where last year the BBC displayed a backdrop showing Labour leader Jeremy Corbyn as a Lenin-type figure standing in front of a reddened image of St. Basil’s Cathedral — often used as a more recognizable replacement for the Kremlin, because, well, who cares? It’s only Russia.

It’s easy to dismiss this kind of criticism as nitpicking, but words matter. Media framing is powerful. This anti-Russian xenophobia has become mainstream — and sometimes it seems the perpetrators don’t even know they’re engaging in it.

We should keep pointing it out until they do. 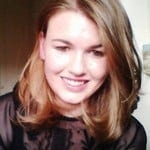 Danielle Ryan is an Irish freelance journalist and media analyst. She has lived in the US and Germany and is currently based in Dublin, where she most recently worked as a digital desk reporter for the Sunday Business Post. She studied political reporting at the Washington Center for Politics & Journalism in Washington, DC and also has a degree in business and German. She focuses on US foreign policy, US-Russia relations and media bias, and has a column at Russia Today.