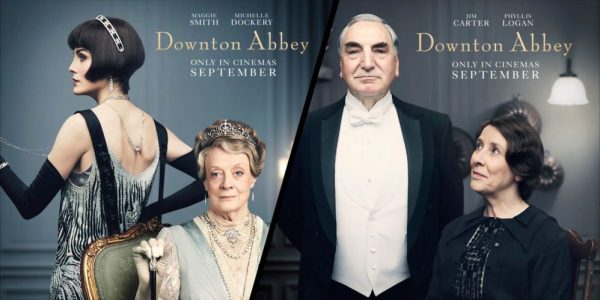 No matter how we look at it (provided we have not been seduced by the pyrotechnics concocted by its creator, Julian Fellowes, a proud hidebound reactionary) Downton Abbey (DA) is and will remain an artifact to offer rancid midlebrow entertainment and effective propaganda for a rotten bourgeois status quo artfully camouflaged as a peek into the private lives of a supposedly vanished aristocracy. I say "supposed" because the aristos are still very much alive and thriving in this world. Their widely proclaimed demise one of their greatest and most successful tricks in deflecting social and political criticism in a world that abounds in gross injustices and which currently—despite the existence of "democracy"—registers one of the most outrageous levels of inequality in centuries.

So here's a corrective. Not that this small-bore immersion in truth is going to make a dent on the millions of dollars being raked in by the producers of DA. Self-delusion and escapism are powerful intoxicants. But who knows, it may open the eyes of a few who in turn may help others put these blatant manipulations in their proper perspective, particularly the notion that wage slavery or servitude in general are things of the past. And by the way, don't you think that the worst kind of snob is the servants who embrace the values of their masters? I think it's called self-enslavement. —VR

Servants: The True Story of Life Below Stairs. Part 1 of 3 - Knowing Your Place.

Servanthood is the blurred line between wage slavery and chattel slavery but in recent years popular costume dramas set in the British colonial period such as "Downton Abbey" and "Poldark" whitewash this for the sake of romanticism. This is the first of three in a 2012 documentary series which looks at what life was like for British servants in that period. Unfortunately what appears as history here is still the reality for millions around the world, including children.

Servants: The True Story of Life Below Stairs. Part 2 of 3 - Class War

This part of the story looks at how servants began to organise against the class system. Although the documentary is dispelling the romantic view of servitude offered by some popular television series it does feel as though it may be tip toeing around the title topic of 'Class War'. For example, one might think the publishing of Das Kapital in English in 1887 might have been worth a mention. It is great though at presenting a view of female class struggle, a topic which too often goes without attention.

Servants: The True Story of Life Below Stairs. Part 3 of 3 - No Going Back

The third and final part in this BBC documentary series about servants in Britain. This episode looks at how World War I and worker organisation empowered servants to demand dignity and improved working conditions from the owning classes.

About the Author
Volpone Redux is the nom de guerre of a social observer ensconced in Boston's North Shore, and not liking it very much at all.

What is your unpopular opinion about the popular Hong Kong protest?