Home ANNOTATED NEWS Capitalism and the climate disaster: The issues posed by the worldwide protests

Capitalism and the climate disaster: The issues posed by the worldwide protests

October 1, 2019
Please make sure these dispatches reach as many readers as possible. Share with kin, friends and workmates and ask them to do likewise. 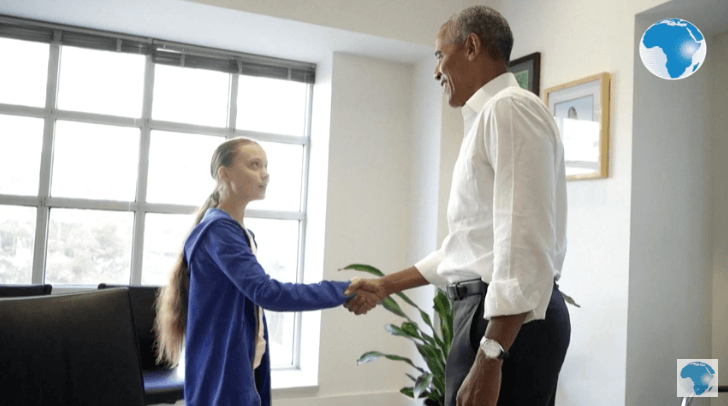 [dropcap]L[/dropcap]ast week’s climate strikes, in which more than 7.6 million people participated in international protests September 20-27, reveal the willingness among broad masses of young people to fight for their future, that of Earth and of humanity.

There were 6,135 protests in more 185 countries and on all seven continents, including Antarctica, with students, youth and their supporters expressing their anger at multinational corporations for polluting, burning and poisoning the planet and their outrage at world governments for doing nothing to stop the accelerating ecological crisis. There is a growing awareness of an entire generation that rising sea levels, extreme weather, destruction of coral reefs and loss of biodiversity are driven by capitalism, which has proved itself a socially and environmentally destructive economic system.

These dangers were again highlighted by last week’s United Nations “Special Report on the Ocean and Cryosphere in a Changing Climate,” which reaffirmed that Earth’s oceans, ice caps and glaciers are among the ecosystems most affected by climate change and that millions of people’s livelihoods and lives are at risk as the melting of icecaps, glaciers and permafrost threatens to exponentially increase the social cost of global warming.

BELOW: Like the popes, Obama never misses an opportunity to burnish his creds as a beneficent political figure.

“You and me we’re a team.” @BarackObama to @GretaThunberg at @ObamaFoundation. pic.twitter.com/mHryrHY5QW

Young people are also becoming more conscious that any solution to the climate crisis inherently demands an international response, where the world’s resources are marshalled in a rational and scientific manner in order to halt and reverse decades of environmental destruction. Any real fight against climate change immediately cuts across national boundaries, corporate profits and military-intelligence interests.

A warning must therefore be issued to all those who have participated in or are planning to take part in future climate protests. That so many world leaders and corporate executives—along with various media personalities and leading academics—have embraced the Global Climate Strike is not a signal that these layers are submitting to “pressure” and will begin solving the climate crisis. It means instead that the protests themselves, whatever the sentiments of the broad masses taking part in them, are being directed along channels politically acceptable to the ruling class.

"...Ecosystems are collapsing..we're at the beginning of a mass extinction, and all you can talk about is the money, and fairy tales of eternal economic growth.." Greta's potential to ignite a true massive generational revolt is clear, especially if she gets a much deeper understanding of capitalism and imperialism, hence the urgency to co-opt her.

This danger is demonstrated by Greta Thunberg, the 16-year-old Swedish girl whose genuine passion towards solving climate change was on display when she spoke at the UN Climate Summit last Monday. At the same time, her trip to the United States and Canada included meetings with Barack Obama and Justin Trudeau, both of whom are proven servants of capitalism and, by any reasonable definition of the term, war criminals, responsible for the deaths, injuries and forced migration of millions of people in the Middle East, Central Asia and North Africa.

The political dead end of the climate protests is also expressed by the endorsement of the current round of “strikes” by 3,024 companies, who in response to actual workers’ strikes would respond with court injunctions, mass firings, and brutal violence. In the case of the climate “strikes,” however, they are hoping that by pasting on a “green” label, they can dissipate the demonstrations and turn the millions of youth and workers away from a struggle against capitalism.

These companies are just as hostile to any effective action against climate change as the fossil fuel companies that openly oppose the climate protests, because such action would undermine the private ownership of the means of production, the foundation of the whole profit system.

An example of this attitude is Rory Kennedy, the youngest child of Robert Kennedy and one of the directors of the Climate Emergency Fund (CEF). The organization has supplied millions of dollars to various environmental climate activist groups, including 350.org and Extinction Rebellion, declaring that the “climate emergency” is an “existential crisis.”

It is not, however, a benevolent donor, as the article in the New York Times, headlined “Meet the Millionaires Helping to Pay for Climate Protests,” would have their readers believe. The CEF explicitly limits the movements it funds to “legal activities” that “constructively raise awareness and demanding urgent action” to the ongoing environmental destruction of Earth.

This is, at most, an appeal to the United Nations and the various “green” and “left” parties around the world, which have since the first major international report on the threat of global warming in 1992, prostrated themselves before the fossil fuel industries. They have ensured that every global climate agreement, from the 1997 Kyoto Protocol to the 2015 Paris Accord, places no real limits on greenhouse gas emissions and instead provides new protections for the energy corporations of “their” countries.

All the more sinister is that the CEF subordinates the organizations it funds to what is considered “legal” by such rulers as the fascistic US President Donald Trump and his Brazilian counterpart Jair Bolsonaro. Both are climate change deniers who actively suppress scientific research by their respective governments and whose administrations are fully prepared to turn the police-state measures developed against immigrants and refugees against domestic opposition if needed, including climate protests.

More broadly, the fact that so many environmental groups have millionaire (or even billionaire) backers speaks to the dead end of “green” politics. Calls for the world’s population to change its “lifestyle” and “diet” absolves the capitalist class of any responsibility for the crisis while placing the blame on the international working class for taking part in an economic system over which it has no control. This has become a staple of “Green” parties the world over, even as they support imperialist war.

Worse still are the claims that the only solution to the climate crisis is for a vast reduction of the world’s population. This is an utterly reactionary perspective, bound up with a layer of academia and the petty-bourgeoisie that has been utterly demoralized since the dissolution of the USSR and lacks any confidence that the working class is capable of bringing about a better future. Those who advocate such politics should be asked if they are willing to sacrifice their own privileged existence if they are deemed to be part of the “surplus population.”

Climate protesters must reject such Malthusian attitudes. It is not “humanity” that has brought the entire biosphere of Earth to the verge of collapse, it is the capitalist class, rooted in the private ownership of the means of production by a few thousand billionaires and giant corporations, and the division of the world into rival capitalist nation-states. Capitalism and the nation-state system are the barriers to a serious effort to reverse global warming.

It is to the international working class that students and youth must turn. Just as millions of people are being thrown into struggle against rising social inequality, attacks on democratic rights and threats of imperialist war, the climate crisis is yet another reason why the productive forces must be placed under the democratic control of the working class. It is the only social force capable of abolishing capitalism and the nation-state system and establishing a global society where social need, not private profit, is paramount.

ABOUT THE AUTHOR
The author writes for wsws.org, a socialist publication.

ADDENDUM: For the record
Greta meets Obama.  “You and I are a team,” says the great charlatan. 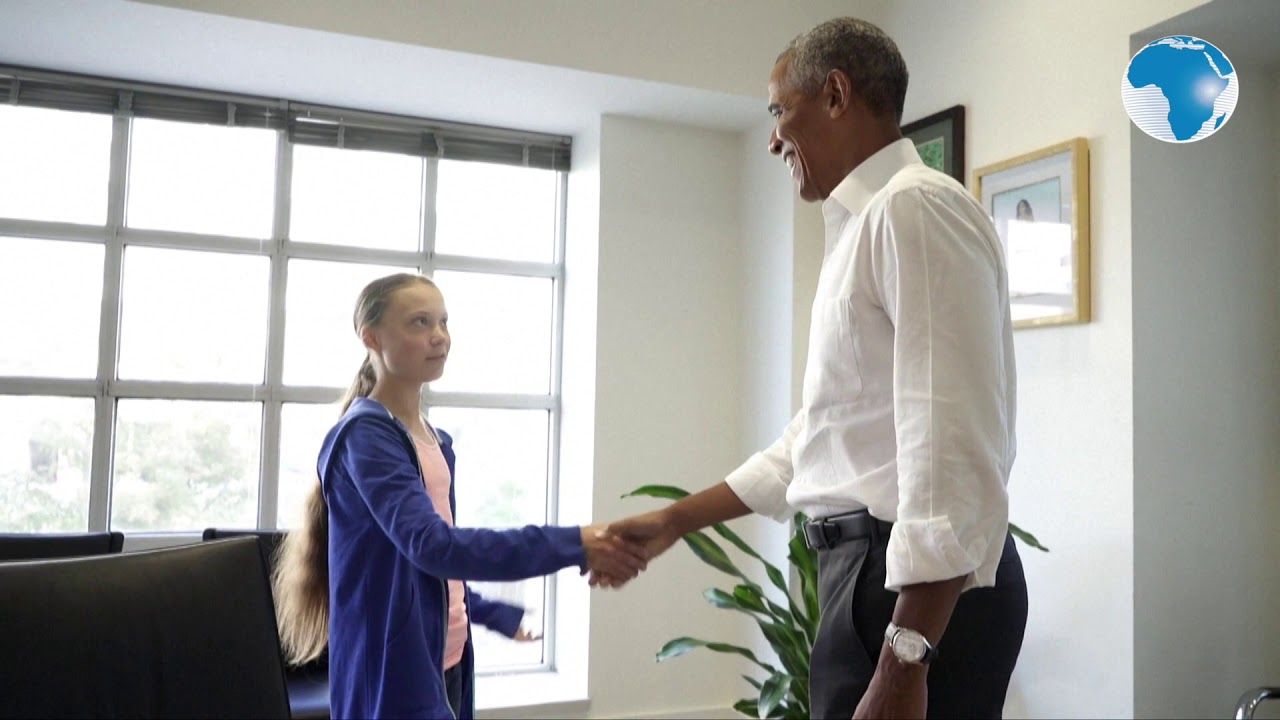 Greta’s words often pack a lot of truth (and passion), and that;s why a whole flora of pseudo-environmental protectors, starting with the highly corporate-compromised 350.org and otehrs involved in greenwashing, are scrambling to sponsor her. 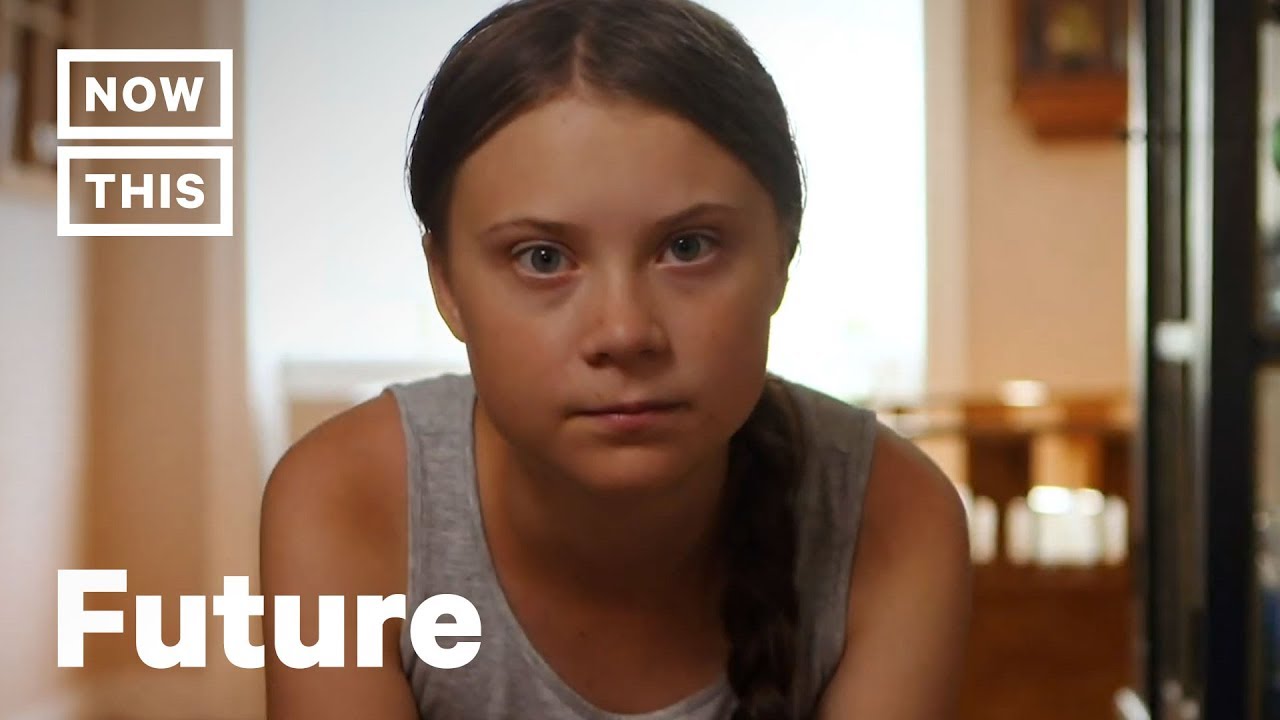 Deadly violence breaks out in Paris after Macron’s...

Russia’s Attack On Ukraine Is Resetting The Global...

In Ukraine crisis, will Iran emerge a winner...

Deadly violence breaks out in Paris...