October 15, 2019
Please make sure these dispatches reach as many readers as possible. Share with kin, friends and workmates and ask them to do likewise.

EYE ON THE MEDIA
Patrice Greanville

One way or another, CBS manages to serve as a megaphone for the Deep State talking points, part of the Democrats' noise machine. (Most of the media do that, too.) 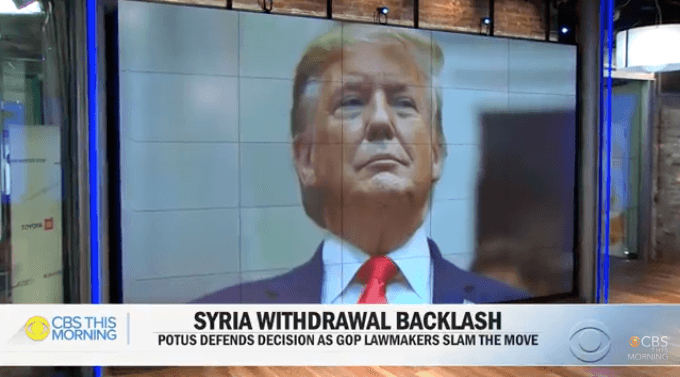 [dropcap]A[/dropcap]s US troops—at last!— leave their illegally occupied zone in Syria, all hell breaks loose on the US media front, with Democrats and the Deep State shills denouncing Trump's move as triggering a huge human rights catastrophe, reigniting ISIS, yada yada. Turkey's long expected invasion in pursuit of the US-allied Kurds may have provided the perfect pretext—amplified by the usual arsenal of manufactured images—for all the wailing, but this is as phony as the arguments that justified American meddling in Syria in the first place. (Do you hear that Obama?)

Watch closely below as CBS's almost complete program this morning is dedicated in one segment after another to attack Trump, something to be expected from the Neocon/Deep State controlled media dead set against any lessening in America's miltary involvements around the globe. Not to mention the fact this latest flareup in the Midle East, and the new tensions with Turkey, a critical NATO ally, add ammo to their Ukrainegate campaign to topple Trump on account of—what?—gross ineptitude? Certainly it can't be for criminality, because as per that standard all US presidents would be in the dock pleading for their lives.  Incidentally, the reporting by CBS whores and its sisters in information crime is laced, as usual, with the insults they have perfected against the legitimate government of Syria, an entity they contemptuously call, "the Syrian regime."  The media whores fret, of course, about what this Trump-precipitated "power vacuum" may mean for "American interests in the region," a term bandied about casually but never explained.  (Because they can't. The truth would cripple their little filthy projects.)

But first, allow us to introduce SYRIAN GIRL, one of the most eloquent witnesses of the war on Syria, who easily rips off the thick veils of hypocrisy normally wrapping American media narratives.

ATTENTION: Some videos on the Facebook app are muted by default, and you have to turn the volume on after the video loads. Make sure there isn't an "x" next to the volume symbol on the video. If there is an "x," click the icon to restore the sound and then adjust the volume to suit your preferences. (Be sure to place the cursor inside the video frame!)

Below, CBS pulls its corporate hair as it hysterically reports, intrinsically blaming Trump, and with plenty of photoshopped and repurposed images, for the casualties of the Syrian war.

1. Could Trump's Syria withdrawal be the end of his presidency? 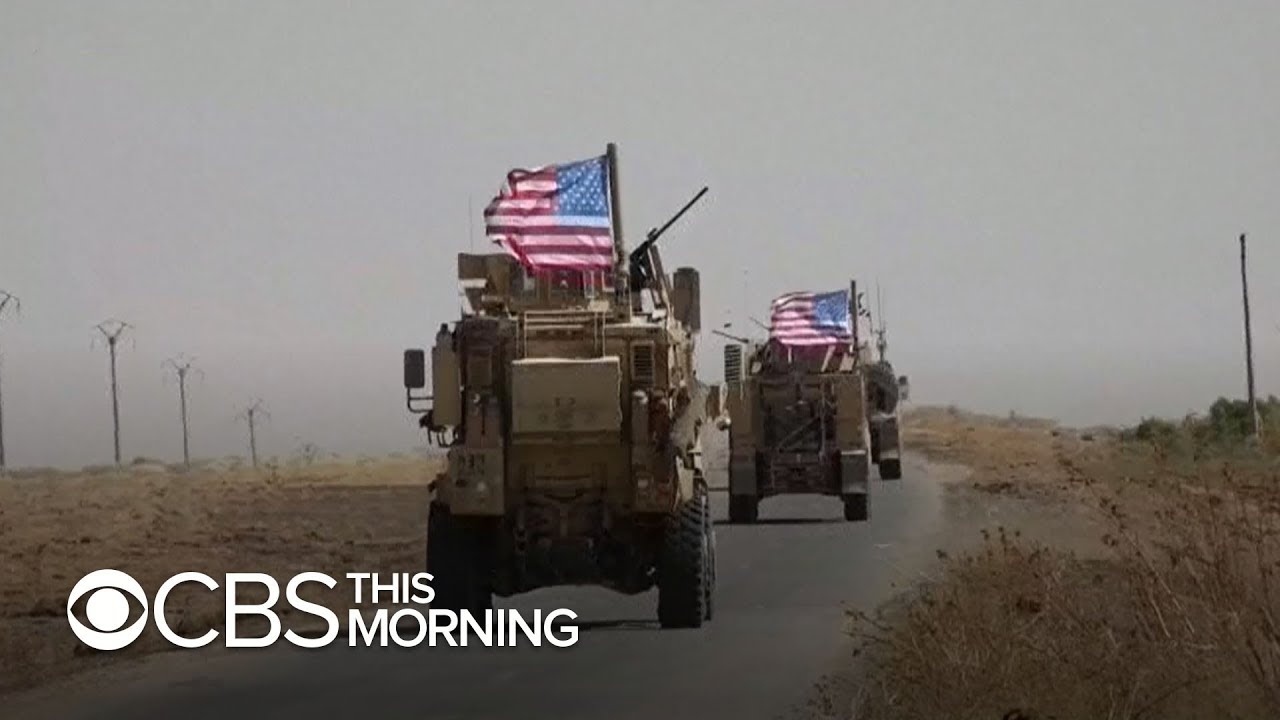 2. Turkey steps up Syria offensive in spite of Trump's warnings 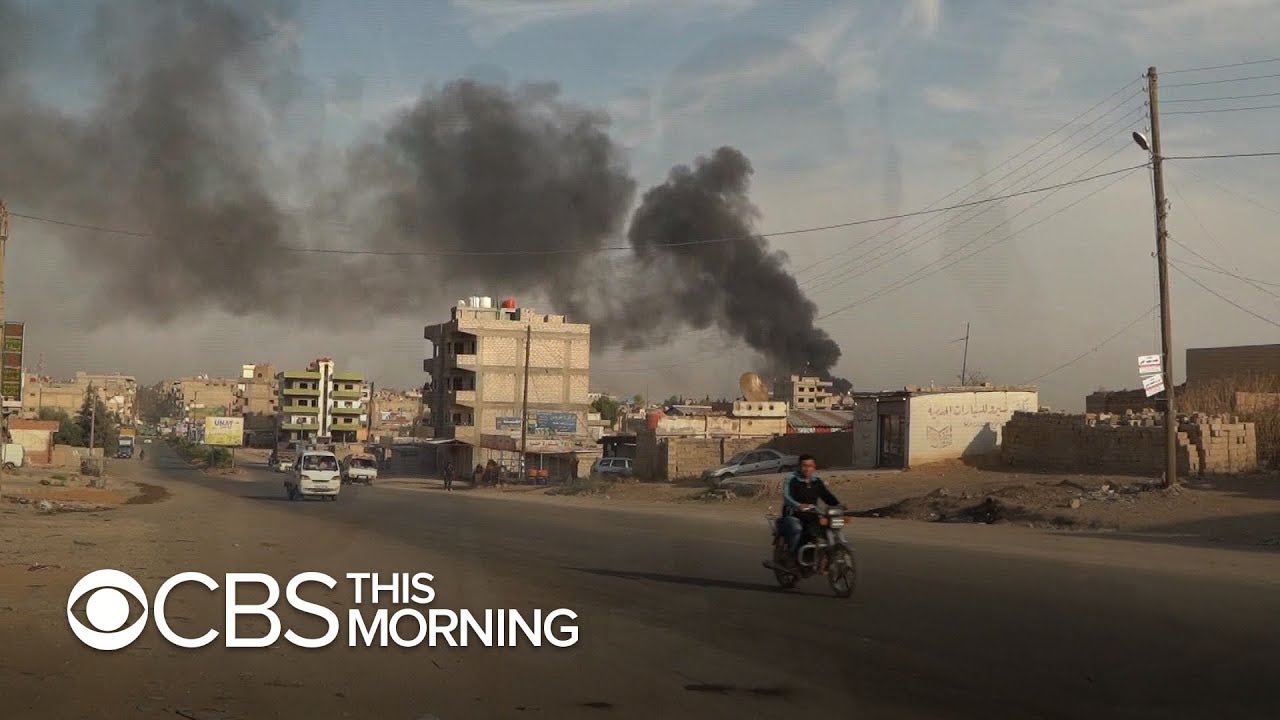 Takeaway: Trump is reckles, ignorant and inept. And now the (despicable) Syrian "regime" and the Russians are benefiting from this mess. 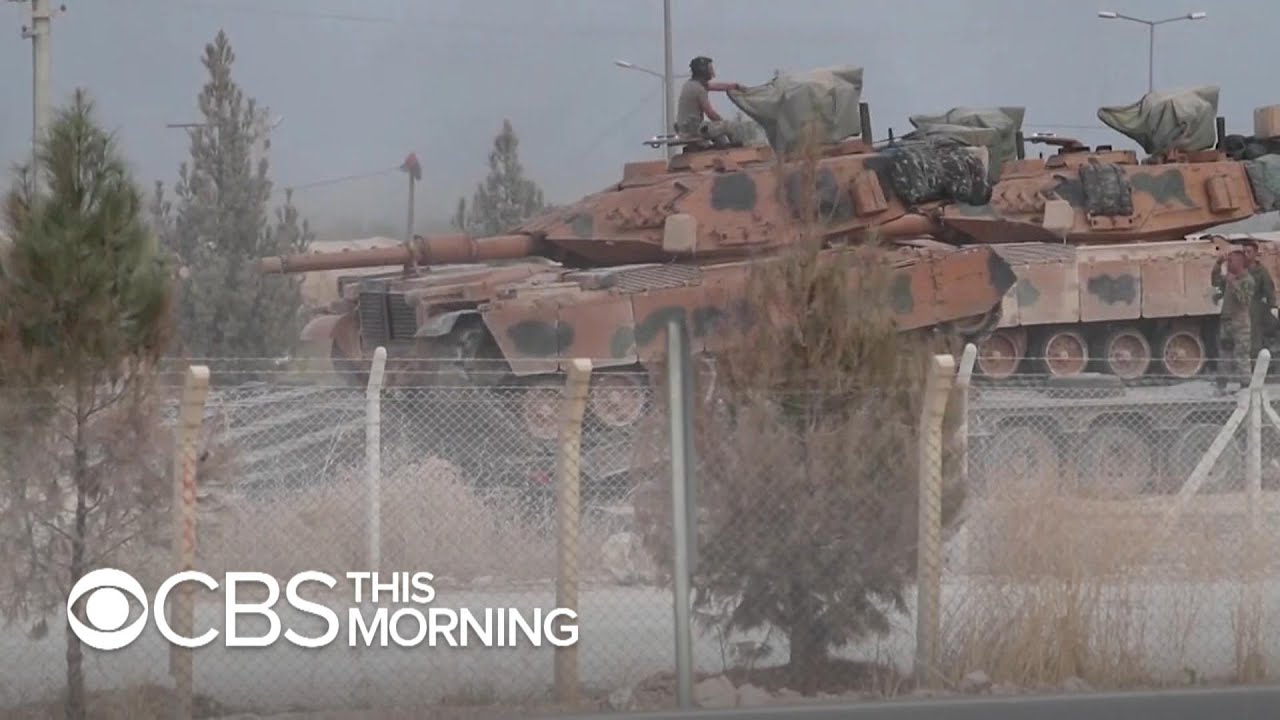 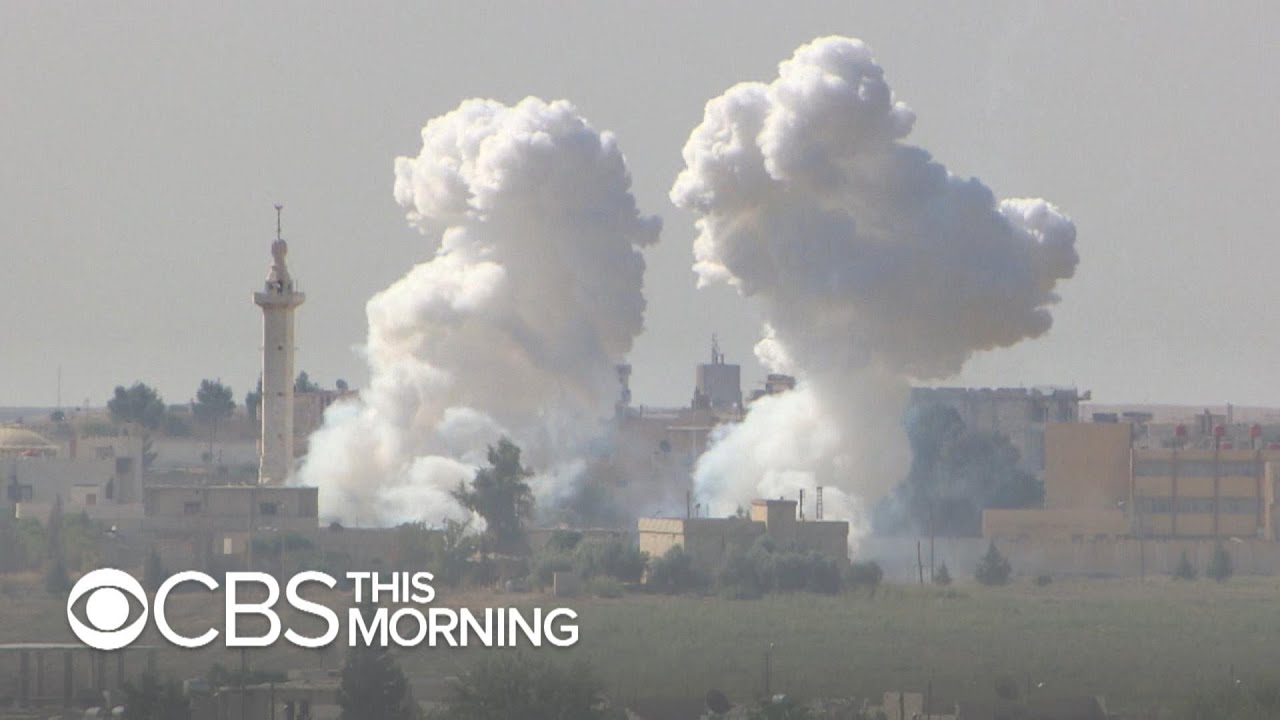 Takeaway: Trump precipitates chaos in Syria.
Says the CBS caption: "There are growing signs of chaos in the wake of President Trump's decision to pull back U.S. forces in the face of a Turkish military onslaught. Forces loyal to the Syrian regime are re-claiming key cities once held by U.S.-backed Kurdish forces."  (Note thow he legitimate and long awaited recapture of areas held by Jihadists and US-instigated anti-Assad militiasis phrased as something heinous and to be regretted.)

5. Republicans slam Trump over withdrawal of troops from Syria 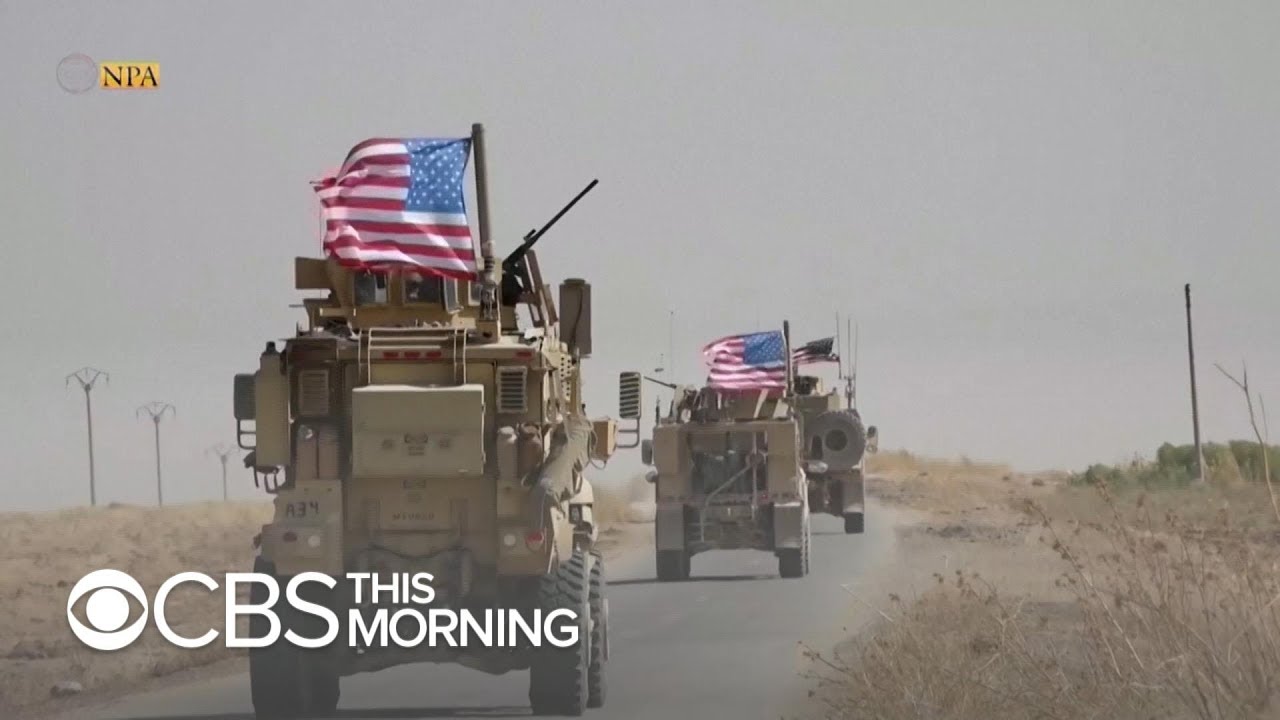 Trump reckless. Everyone agrees. "The president decision was a shock to his advisers...many of his Republican supporters call it a betrayal and a mistake."


And finally, in a slight digression from direct attacks on Trump, something on behalf of the Deep State psyop in Hong Kong: CBS castigates LeBron James for questioning the NBA's meddling in the US-triggered Hong Kong color revolution under way. 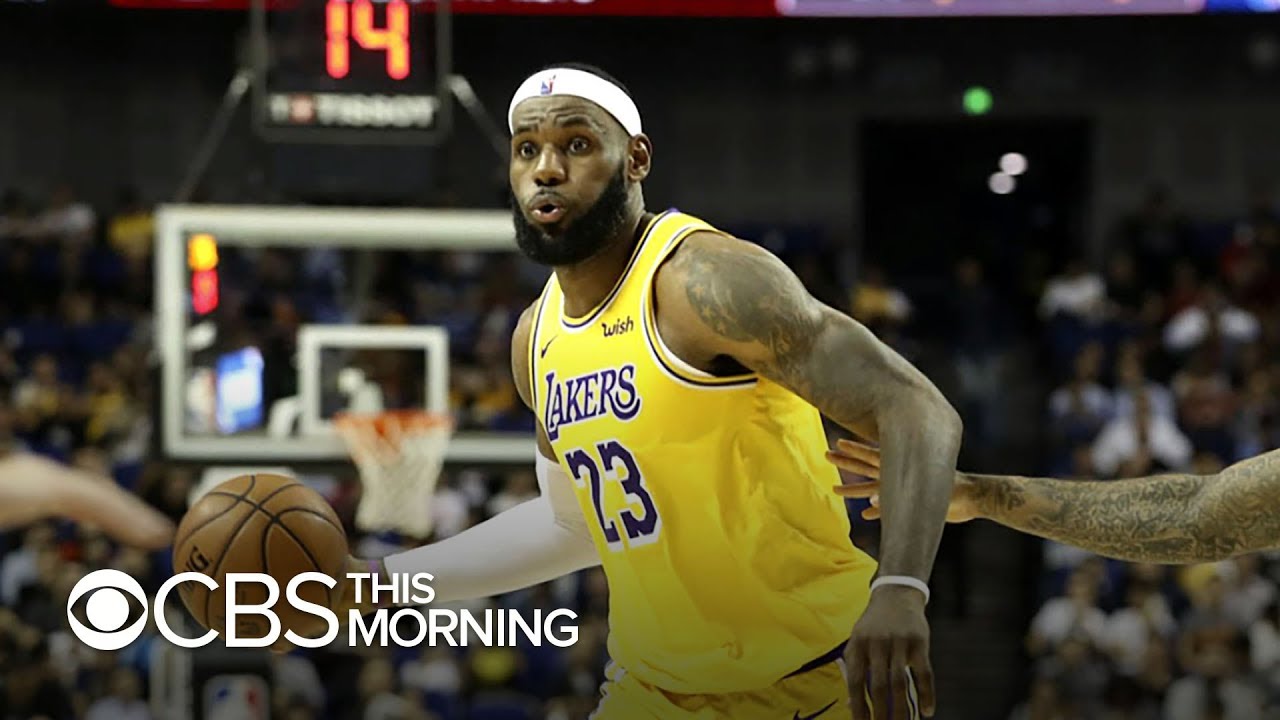 And LeBron is also catching hell on social media, as the armies of idiots and trolls deployed and employed by the deep state gang up on him to "learn him a lesson" about supporting "democracy over business concerns".
About the author(s)
Political economist and media critic Patrice Greanville is The Greanville Post's editor in chief.

The US media is as sick and demented as the US government. First and foremost, the US has no right either legally or morally to be in Syria or anywhere else in the Middle East. It is even worse when you consider that the US does not recognize or honour international borders. How can the US complain about refugees crossing its Southern “border” when the US government doesn’t recognize other nations’ borders. Is it only the US that has a right to have a border? If a nation does not want the US military within its borders than such military is there illegally and under the rules created by honest, ethical and moral governments, it should withdraw immediately!

Please do NOT forget to recommend

Tell them about our articles, send them samples by email or social media.

The circulation of alternative sites such as ours must increase if we are to break the criminal stranglehold that the corporate media have on the American mind.
DO YOUR PART