Hillary continues to catch opprobrium, even from Dem loyalists

And these are the people the system's kingmakers would like us to believe deserve to be our leaders? 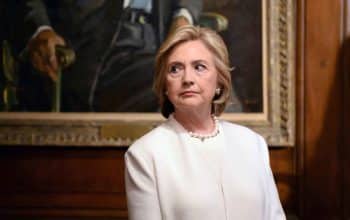 Yesterday, Hillary Clinton - in widely publicized comments - voiced grave accusations against 2 women (Jill Stein & Tulsi Gabbard) without a shred of evidence, accusing them of being "Russian assets," which would be disloyal & criminal.

Kudos to Van Jones and Erin Burnett OutFront for unflinchingly explaining on CNN last night how reckless and despicable Hillary Clinton's accusations are against Tulsi Gabbard (should also include the ones against Jill Stein). Let me know any prominent Dem has the integrity to do this.

Editor's Note: Too bad that Van Jones, being a regular Democrat, in his own denunciation of Hillary's malicious fantasies about Russian meddling via "assets" like Tulsi or Jill Stein, or puny social media campaigns, gives credence again to such falsehoods by pronouncing "Russian meddling" as a fact. Which is not. Because that is the very essence of the debunked Russiagate hoax. Cowardly liberals like Van Jones can never attack the imperial crimes and establishment without weakening their own denunciation by repeating some big lie which this selfsame establishment is trying to sell. —PG