Home AMERICAN BRAINWASH A Gangster for Capitalism: Next Up, Bolivia

A Gangster for Capitalism: Next Up, Bolivia

“War is a racket. It is conducted for the benefit of the very few at the expense of the masses.” 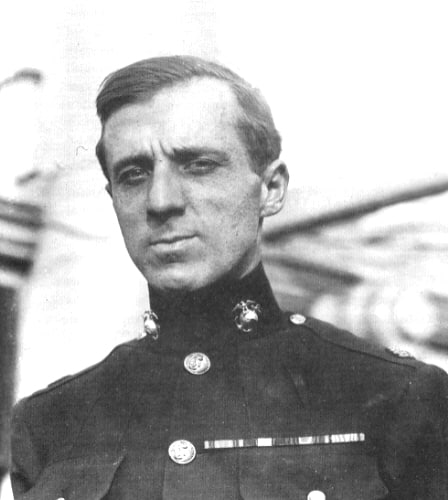 This sounds like a modern day comment from the US far left, but the source is hardly that. It’s from a man who was the most decorated Marine ever at the time of his death. He was an expert on the topic. He served in WW I as well as the Mexican Revolution. Smedley Butler was doomed to be a largely forgotten voice in the rush to gloss over the true causes of war and regime change. He pointed out the techniques used to win public approval and the subsequent serving of the corporate needs by entering these ever-repeating violent conflicts. He described his military career as that of “a high class muscleman for Big Business, Wall Street, and the Bankers. In short, I was a racketeer, a gangster for capitalism.”

This man mapped it all out for us around a hundred years ago, yet the jingoism prevails. The latest bipolar foreign policy evidenced in Bolivia is just the latest chapter of the US pushing for and actively installing those who would further the interests of Big Business. Always at the cost of the poor. In this case, the cure for the bipolar policy is probably going to be lithium.

The moment that leaders begin to step out of a corporate-friendly lane, shit gets real. Fast. A treasured ally becomes the perpetrator of election fraud or the nexus of humanitarian affronts to their people. True, pretty much anyone who ascends to a leadership position has issues that can be dissected and critiqued, but even the most horrible actions can be quietly dismissed as quickly as a bone saw can dispatch a pudgy journalist to pieces—if you play the game. Amazing and graphic affronts to decency are ignored when the leaders keep the machinery oiled. Literally oiled.

Gaddafi was a bit of a back and forth US darling until he flirted too much with a gold-based dinar currency aimed at competing with the petrodollar. But things are much better now that he was murdered in the open-air and now Libya can be an open-air slave market. “We came, we saw, he died.” Hilarious. Now those that took over have some very easily refinable oil, if not refined manners.

Saddam Hussein was a similar friend to the US, even an ally– his behavior during the war with Iran was considered nifty. I don’t recall the US going in when he gassed the Kurds either. Maybe someone in DC frowned? Those Kurds sure don’t ever get a fair deal, do they? I can understand why they only trust mountains. And the moves that seemed to be regime threatening in Iraq involved that pesky petrodollar again.

Didn’t Morales recently step out of a joint deal  with a German firm to export lithium (which Bolivia claims to have over 70% of the world’s reserves)?  I think he did that like a second before he was discarded. Nationalized resources are not okay and the global south is supposed to be a poverty-stricken supplier. Teslas are for well-heeled Northern Californians, not Bolivians wearing those bowler hats! Ridiculous.

And all through the meddling, as well as the overt actions that cause increased misery in the world, the US public largely continues to believe in it all. The examples are all around us.

Something I noticed recently: This Veteran’s Day a spot on PBS spoke to issues of Native American participation in the military. The slant was broadly complimentary to military service (duh, of course it was on V-Day), but it was perhaps one of the worst widespread examples of Stockholm Syndrome I’ve seen. They were glorifying the sacrifices made by Natives in serving the US government, taking these dignified and proud individuals and supplanting the US Imperialism on the young people who had signed up. Don’t get me wrong, the tribal members were totally having it, deriving enormous self-worth from the experience. Even at the expense of PTSD and lost family members. It was a mind-fuck for sure. I worked on the White Mountain Apache reservation long ago and saw the manipulation first-hand–the desire many had to fit into the broader culture that had back-stabbed them and their ancestors. The end of the piece did a bit on individuals fighting against fracking and made mention that Standing Rock didn’t stop the pipeline, that the government prevailed, but it was framed like this was part of a personal journey for the veterans.  I would say this was an example of a warrior culture using that power to try to protect something sacred, the environment—to battle for something that matters, not being hijacked to go kill ________ (insert poor people of choice in latest military misadventure). It was a confused piece, made to tug at the heartstrings. Clearly you can be a minority in this country if you are a useful part of the machine is what I got out of it. This is how consent is manufactured, of course. You are revered if you do what you are supposed to do in that it helps the business of business. They get control of resources and you might get a body bag, but they will frame it as beautiful sacrifice and those of us who aren’t buying it are the ogres who hate rainbows,sunshine and motherhood. And this is just one small arena of propaganda.

The corporate agenda will continue to be pushed and despite all evidence, the average American won’t wonder why one ally can perpetrate horrific acts and another gets cast out for Trumped up reasons. Hell, most people are so tired they can’t think straight, let alone think critically.

Bolivia had a record of success in lifting many out of poverty and illiteracy. This will certainly go the other direction now that Jeanine Añez is at the helm. She seems to be quite adversarial to the indigenous, and they comprise 65% of Bolivia’s population. She has the saccharine hucksterism of a 40’s bible salesman. Definitely Trump ally material, maybe even Trump wife material?

Much like the scientific process strives to look towards the truth of how things really work, Smedley Butler gave us a framework that should be taken seriously—he described correctly how it all works and how these similar situations keep producing repeatable miserable results that keep the world in line for business extraction. He was a principled man who deserves to be remembered—his prescient warning regarding additional regime meddling and outright war have not lost the luster of truth. It’s going on as we speak.

About the author(s)
Kathleen Wallace writes out of the US Midwest.

CLOSING WORDS
When your heart fills with desperation, frustration, and despair, contemplating the state of the world and what humans have done, think of Leonardo's example.

Learn about it here.

Known for his great generosity, Leonardo was in the habit of purchasing and releasing little birds. He was also one of the earliest known ethical vegetarians. According to Melzi, his longtime friend, principal heir and executor, he viewed the enslavement of animals for human profit and benefit as a form of great primitive injustice. And although many potentates sought his friendship and company, he remained a natural egalitarian.

Chile: A Day in Which the Fury against Piñera Became Evident

Jimmy Dore talks to Tulsi about Med4All and other vital topics