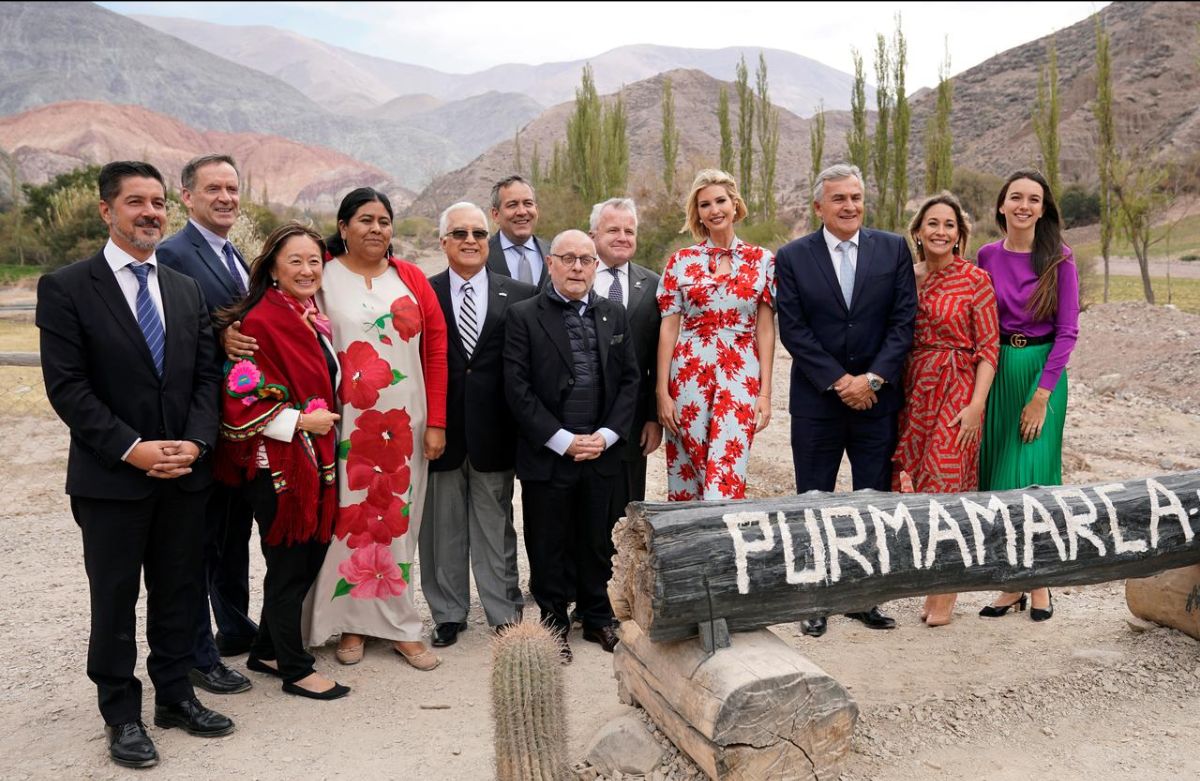 Ivanka Trump in Jujuy, Argentina. What on earth is Trump's princess doing in such parts? (Photo: Kevin Lamarque)

[dropcap]O[/dropcap]n November 18, which is a holiday in Argentina, thousands of people occupied the Plaza de Mayo in Buenos Aires against the coup d’état in Bolivia and in solidarity with the Chilean people, paying tribute to the victims and the resistance of the people, while evidence and condemnation continue to emerge about the complicity of the government of Mauricio Macri, and especially of the governor of Jujuy, Gerardo Morales with the coup plotters and with the U.S. officials who support and direct them.

Macri, his followers and the media in line with Washington continue to maintain that there is no coup d’état in Bolivia, an attitude that was rejected by the demonstrators in the communiqué they read, signed by social, political, humanitarian and Bolivian organizations and Chileans residing in Buenos Aires.

The complicity of Macri is becoming more evident every day as documentation from Bolivia, as well as from Argentine and Brazilian investigators, are exposing the connection which also accuses Brazilian President Jair Bolsonaro of being in on the collaboration.

According to new revelations, Mauricio Macri’s government knew about Luis Fernando Camacho’s coup decision six days in advance. The report refers to a meeting that the right-wing businessman had with diplomatic representatives of the consulates of other countries located in Santa Cruz de la Sierra on November 4, as the well-informed website “The Rocket to the Moon” directed by journalist Horacio Verbistky points out.

In that meeting Camacho asked the Argentine consulate for asylum in the face of an eventual failure of what he called “civil insubordination,” but this could only be decided by the Embassy in its headquarters in Bolivia’s capital. Camacho assured them that 48 hours later the Armed Forces were going to enter the government house, which was communicated to the Argentine Foreign Ministry at that time.

Slowly data is beginning to emerge that increasingly implicates Macri’s government, northwestern governors, the Argentine military and the presence of US Southern Command advisors on the Argentine border with Bolivia, as well as the possibility that weapons, equipment and special forces from the United States have entered the borders of Argentina, Brazil and Paraguay.

The surprising trip of Ivanka Trump, daughter of U.S. President Donald Trump, to the province of Jujuy, bordering Bolivia on September 4-5, accompanied by 2,500 federal agents, Undersecretary of State John Sullivan and other officials, to “visit” a small NGO called Pro Mujer that depends on the initiative for Development and Global Prosperity of Women that Trumps’s daughter directs in her country, was suspicious from the beginning.

The security scheme initiated by Jujuy Governor Gerardo Morales, to avoid any possibility that someone unofficial could see the huge procession that accompanied Invaka- who was received by Minister of Foreign Affairs, Jorge Faurie, and Transport Minister Guillermo Dietrich and especially the series of secret meetings that ensued between U.S. and local officials, inspired suspicion. And there is already talk of the presence of the now Bolivian coup plotters in the framework of the visit of Ivanka Trump, who publicly delivered an “aid” package of 400 million dollars to the provincial president supposedly for “road works”. Alicia Canqui Condori, Bolivian national representative of the Movement Towards Socialism (MAS), referred to this trip and assured that “in Jujuy Donald Trump’s daughter had met with Governor Gerardo Morales to plan what happened in Bolivia”.

Now from Brazil it is reported that Bolivian General William Kaliman, who was in charge of “suggesting” that President Evo Morales should resign, went to the United States just 72 hours after the military coup began, after receiving a million dollars from the United States Embassy in Bolivia from Bruce Williamson, in charge of business at that diplomatic headquarters. Some 500,000 dollars were also distributed to each police chief who left the country, as reported by the Redvolución portal. Net, from Brazil.

“Between the mutiny of the police that allowed the vengeful chaos against the socialists (Movement towards Socialism) and indigenous people and the inaction of the army, the coup was carried out,” say the investigators of that website.

Williamson contracted the military and coordinated everything months ago in meetings in the Argentine province of Jujuy under the protection of Governor Gerado Morales, one of the closest allies to Mauricio Macri,” he said in his report.

Those involved went to the United States, to avoid any investigation, and they were immediately replaced.  When self-proclaimed president Jeanine Añes appeared it was already all agreed upon according to Redvolucion.

At the same time as the threads of the plot was coming together there appeared the presence of Argentine security and military forces on the common border with Bolivia, who were installing some base as announced, to supposedly control drug trafficking, or by carrying out a series of maneuvers with advisors from the U.S. Southern Command. All of this without prior knowledge of the Argentine Congress.

Just days after Ivana Trump’s passage through Jujuy, Argentine soldiers began to arrive to carry out maneuvers in that province and neighboring Salta to be carried out between Sept. 22 and the first days of October, in the so-called “Operation Northern Integration of the Argentine Army,” involving some 2,000 troops.

The interesting thing is that these maneuvers were carried out by the Rapid Deployment Forces Battalion (FDR) created in June of this year by Defense Minister Oscar Aguad, at the request of the U.S. Southern Command and based on signed agreements where these forces also committed to “support” U.S. actions in the region.

Also participating were troops from the Army’s Fourth Airborne Brigade and Aviation, as well as helicopters, fighter planes and paratroopers simulating attack activities and aerial guidance, as announced by FDR commander general Martín Paleo. The border areas of Jujuy and Salta where the maneuvers were carried out are strategic in the military designs of the Southern Command.

But something that is even more serious is that after years of standing idle, the General Belgrano freight train was mobilized to transport all kinds of military equipment for the maneuvers.  And given the situation in Bolivia and the constant diplomatic and consular confrontations led by Gerardo Morales, as well as the meetings with the groups, especially the coup plotters of Santa Cruz de la Sierra, the situation of this governor (who holds more than a dozen political prisoners, such as the social leader Milagro Sala) became more aggravated. Also, there are strong suspicions of what actually was carried out in the Freight train in its large transport capacity.

The entry of 200 military brigadistas into Bolivia during the past arson attacks will also be investigated and accusations against the opposition in the Bolivian Amazon, a topic that was used for a strong campaign against Morales at election time. Everything is suspect at this moment, especially of the security and military agreements signed by Macri’s government, not only compromising national sovereignty, but also the relationship with neighboring countries, without ever having consulted Congress. 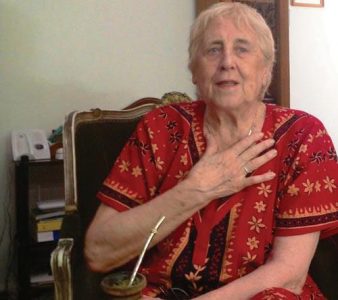 Chile: More Than 26 Thousand Arrests in Less Than a Month