A timely and outspoken piece by the top editor of the influential Sotuh China Morning Post, defining the Honk Kong mobs for what they are—useful idiots for the West, and traitors to their country, to boot. 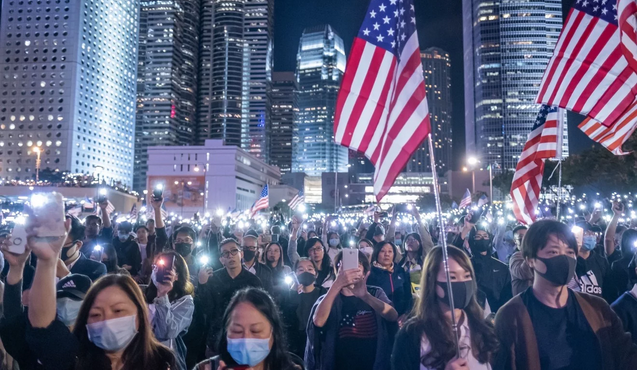 The people hurt most by the democracy act will be Hongkongers themselves. The success of this operation proves how insidious color revolutions can be and why all nations must be on alert against this type of cynical underhanded aggression. (Photo: Bloomberg)

“Tell people there’s an invisible man in the sky who created the universe, and the vast majority will believe you. Tell them the paint is wet, and they have to touch it to be sure,” the late, great American comedian and social critic George Carlin once said.

That’s pretty much how it feels, trying to point out the harsh truth to the hara-kiri hordes of America’s useful idiots in this city as they wave US flags on the streets to express their gratitude to Washington for the passage of the so-called Hong Kong Human Rights and Democracy Act.

They can touch the paint all they want while they drool over the pie in the sky that the two-faced scoundrels on Capitol Hill have promised them, but there is nothing to celebrate. Nothing.

Hong Kong has had its own nose cut off to spite Beijing’s face after US President Donald Trump signed the veto-proof legislation, which now means Washington will regularly review the state of human rights and freedoms here – applying its highly hypocritical, politicised, virtue-signalling, double-dealing, self-serving standards – to decide whether this city should be stripped of its special status as a separate trading entity from the rest of China.

How can anyone with a rational mind not see that the biggest casualties of this political hit job on China would be Hongkongers themselves because of what it could do to the city’s reputation as an international business hub and its ability to conduct unfettered commerce? And that the last thing the US has in mind is the well-being of Hongkongers, as it tries every trick in the book to sabotage and suppress China, against the backdrop of the trade war and next year’s American elections?

Symbolic showboating over real sincerity is one thing, but actually punishing Hong Kong in this manner is another when it comes to practicality – US companies and citizens themselves based here would be burned, too. That’s why the local American Chamber of Commerce itself has warned of “the possible unintended, counterproductive consequences of the bill”, and expressed hope that it will not “undermine the effective cooperation US and Hong Kong authorities currently have on export control, or limit Hong Kong’s legal enforcement of criminal law due to US sanctions”.

SUBSCRIBE TO Hong Kong News
A newsletter celebrating women in Asia and sharing stories that matter
By registering, you agree to our T&C and Privacy Policy 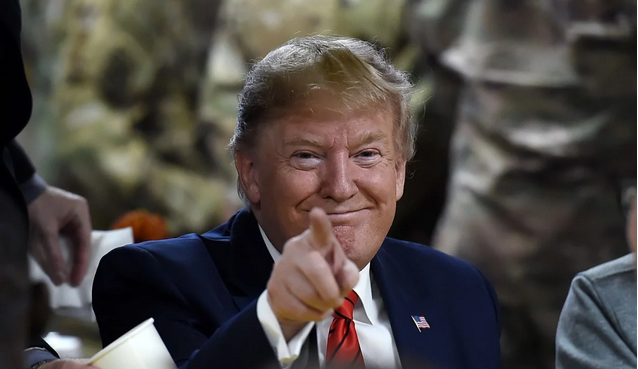 Donald Trump signed the legislation, but said enacting it would be at his discretion. As usual, this erratic man is being prodded by the US congress to be ever more hawkish and aggressive in his posture towards Russia, China and Iran, the empire's leading targets. ( Photo: AFP)

While Trump has ignored Beijing’s threats of retaliation in signing the legislation, he has also suggested that enacting it would be at his discretion.

Something to keep in mind for the Washington worshippers who are also holding out great hope over a clause stating the bill will “make clear that visa applicants shall not be denied on the basis of the applicant’s arrest, detention or other adverse government action taken as a result of their participation in the non-violent protest activities related to pro-democracy advocacy, human rights, or the rule of law in Hong Kong”.

Leaving peaceful protesters aside, do those engaging in street violence actually believe this to be some kind of get-out-of-jail-free card, carte blanche to ramp up the rioting, in the misguided expectation that Uncle Sam is ready to rescue them with nice little visas? 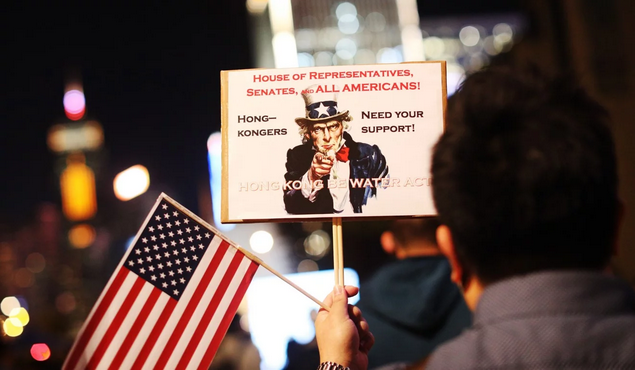 Trusting Washington—surely a case of fools' gold, although some will surely get their fistful of silver for their treachery. (The US Congress and House speaker Nancy Pelosi have promised blanket protection for protesters. Photo: EPA-EFE)

Since the snake oil-peddling swamp dwellers of Congress command so much respect in Hong Kong, let us hold the likes of House speaker Nancy Pelosi to her word when she indiscriminately encourages the protests, warts and all, and promises blanket American protection for everyone, hailing them for their “courage and their stick-to-it-iveness”.

When it’s time for the rioters to face the music, when they are looking for an escape route out of Hong Kong, when they expect all those sweeping promises to be fulfilled, let us pray Pelosi and the bunkum brigade will show some courage of their own to deliver the goods, some real put-your-money-where-your-mouth-is-iveness. 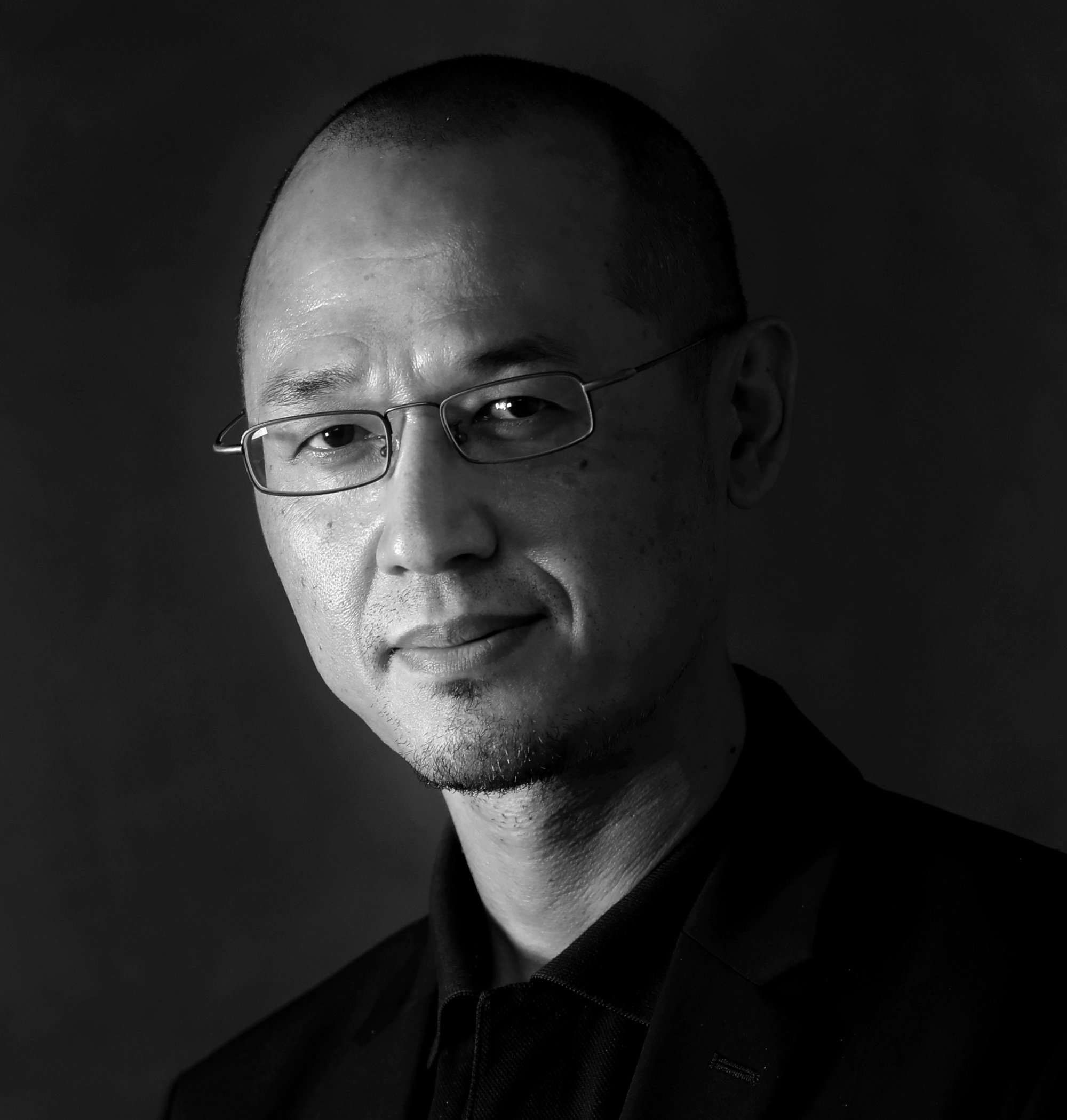 Yonden Lhatoo is the chief news editor at the Post.  This article appeared in the South China Morning Post print edition as: Well done, cutting off Hong Kong’s nose to spite China
THINK!

KALASHNIKOV: A humble Russian engineer gave the world the most reliable assault rifle in modern history.