Home AMERICAN BRAINWASH The Surrealism of the Information War 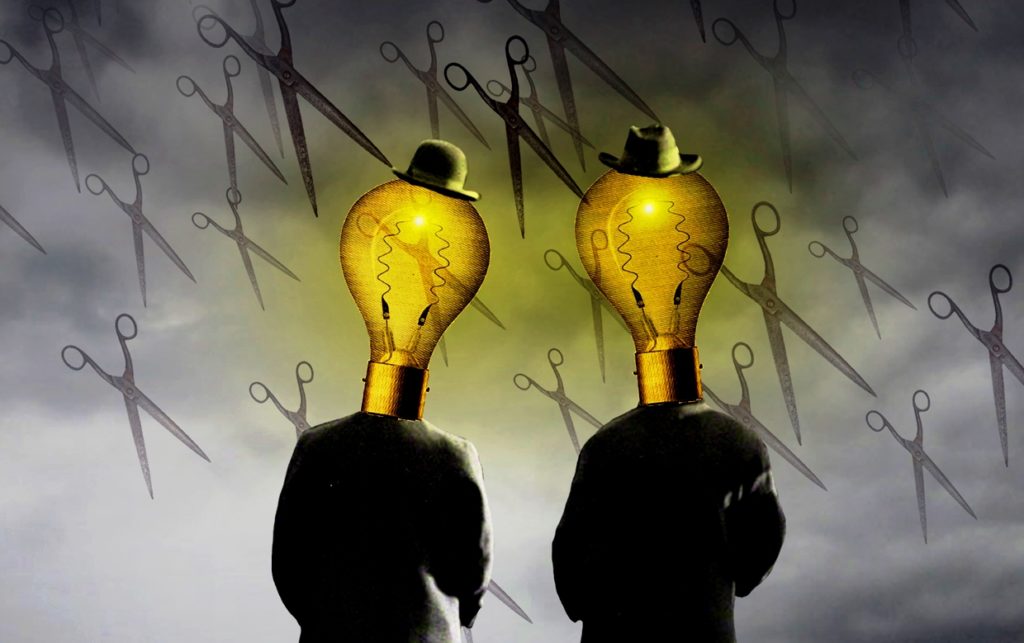 The flow of knowledge and information is commonly considered the main vector of humanity’s progress through history. One would think that in our era, which is rightly called the time of the information super-highway, the sheer mass of information available to all humans, anywhere at any given time, would have exponentially increased our understanding of our world and each other. This is, however, not the case. As a matter of fact, paradoxically, one can easily argue that an overload of information has made the majority of people not more but less knowledgeable, less critical, more isolated, and more alienated from themselves and each other. The control and manipulation of narrative in the era of the information war has created a universal malaise that reaches even basic human issues such as masculine-feminine identities. 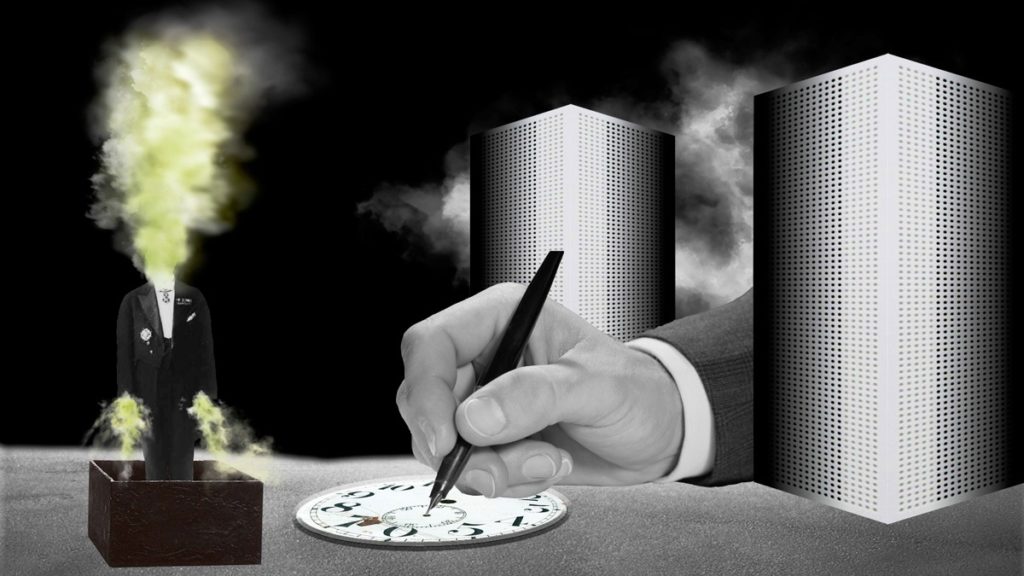 Well-compensated propagandists package information and ideas like products for mass consumption. The advance of technology was supposed to free mankind; instead it has created invisible chains. The fact of being constantly wired is an assault on our free will and cognitive functions, which behavioral information warriors study and harvest, to put them in giant blenders where all comes out inoffensive and predictable. The goal is to turn the rich and diverse human experience into a tasteless and colorless intellectual mush, and then make it palatable with artificial additives. Foie gras is considered a French gastronomic delicacy. It is nevertheless a form of cultural perversity. In the process, the geese are force-fed, to provoke a cirrhosis of their liver. In many ways, the gatekeepers of mainstream information use the same force feeding technique with people’s brains.

Unless people tightly lock themselves mentally into the delusions of dogmas, either religious or ideological, and seek comfort in a universe of magical thinking, the truth is never an absolute. This being said, in order to allow an acceptable level of conviviality in human society, thinkers should seek truth in the subjective reality while knowing that the holy grail of pure truth is the ultimate lie. If one would be so naive or foolish enough to think he has found the absolute truth, looking at it would be like staring straight into the sun at midday, without shields and with eyes wide open, for a full hour. In the process, the believer of absolute truth would go blind. 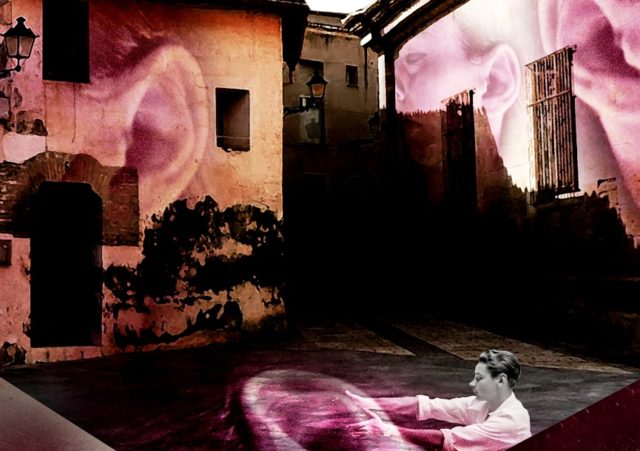 For anyone who is neither blind nor fully color blind, the distinction between a red object and a green one is not only instantaneous but also unquestionable. The difference between green and red is not open to interpretation or debate. It is in the rare realm of tangible facts.

Staying in the field of the color spectrum: all hues of green in the natural world are a secondary color that can be obtained by mixing the primary colors yellow and blue. Green can be argued endlessly to contain more yellow than blue, or vice versa, as well as a fraction of black, white, or brown to alter the shades and tones. In nature or on an artist’s palette, there are countless shades of green and our perception of these shades, while it can be analyzed and quantified scientifically, is largely subjective.

Colors, just like words, have an emotional impact. Hospital walls and other medical facilities are often painted in light tones of greenish-blue, for their soothing effect on people. Bright red has the opposite impact. It is used to attract maximum attention either from traffic lights, bull fights or firetrucks. And so greens are the calming hues of nature and relaxation, whereas reds are synonymous with alarm, blood, excitement, and sometimes the anger and urgency of an adrenaline rush, as illustrated by the popular expression “seeing red.”

The near-infinite range of the color spectrum is similar to the countless narratives expressed by languages. In linguistics, words and their clumsy or astute associations are used to convey information or emotions. Like colors, words carry messages, fragments of information that impact people differently and cannot be objectively quantified. It’s all “in the eye of the beholder.”

One can make an analogy between the false notion of an absolute truth and the vanishing point in a perspective drawing. A vanishing point is an optical illusion, just like the concept of pure truth is a cognitive illusion. In our surreal predicament of fake-news for some, which are true-news for others, it is as if we have moved into an absurd and nightmarish three-dimensional drawing with a multitude of vanishing points designed by the generals of the global information wars.

The people who conduct the information war are numerous. They can be the global media moguls like Rupert Murdoch; the journalists employed by corporate entities or governments; the policymakers who build a considerable influence within countless so-called think-tanks; the elected politicians and their cohorts of advisers and lobbyists; the super-rich businessmen, philanthropists in their own eyes, such as Bill Gates, Jeff Bezos, Bob Mercer, George Sorosand Pierre Omidyar, who want to impact world affairs; and even show-business celebrities. All have deep pockets and want maximum impact in the fight to shape the discourse and steer public opinion, often globally, in the directions that suit their specific needs.

Gates and Soros openly sponsor the prime fake-left publication, The Guardian; Bezos owns The Washington Post; and the Murdoch press empire’s crown jewel is Fox News. Other information warriors who claim to know the truth are on the fringe, at least in appearance. This is the case for media provocateur Alex Jones, who has claimed in court to be a performance artist, but who is nonetheless adulated by millions worldwide and treated like a Guru of truthful information. Jones runs, with his trademark manic energy, the raucous populist far-right conspiracy-theory laced Infowars. Mercer’s money gave birth to the populist far-right site Breitbart. Meanwhile Omidyar sponsors the soft-left, so-called progressive publication, The Intercept. All these lead information warriors want to take as many people as will follow them to their own vanishing points, on a journey towards their illusionary truth.

In their confusion and thirst for truth, people get caught like flies on tasty propaganda glue. The intricate labyrinths built by the information warriors prevent the real discourse, which should be about how to survive the imminent systemic collapse of global capitalism. It cannot be otherwise when global corporate imperialism itself controls the discourse worldwide. Hypnotized by a myriad of vanishing points, humans might be on a course to vanish.

About the Author
For years, Gilbert Mercier has worked as a writer-journalist, well sought-out geopolitical analyst, and the founding editor-in-chief of News Junkie Post to bring his public the truth. Editor’s Notes: Gilbert Mercier is the author of The Orwellian Empire. Composites one, two, three, four, five, six, seven and ten by Ube; composite eight by Jared Rodriguez; lithograph nine from the archive of Monceau.