Home ABOMINATIONS THINGS YOU MISSED: Chilean artist Mon Laferte shows how to do feminism that matters

Thanks to the obscene control the American presstitutes —the billionaires’ media—exercise on the US public mind most Americans never learn about truly meaningful political protests. Fake heroes and heroics by Washington’s pawns in various color revolutions, o yea. Plenty of that. That’s why we hear so much about the “Hong Kong freedom/democracy fighters”, or the brave Venezuelans trying to topple “the tyrant Maduro”, so often praised by mendacious bullies like Pompeo , but virtually zero, nada, about genuinely popular non-CIA manufactured (and therefore truly independent) mass protests being violently repressed by regimes Washington supports in Chile, Ecuador, France and other points like that on this boiling planet. It’s no surprise therefore that while the politically confused, terminally pampered upper middle class, the privileged social tier normally managing the empire (and getting rewarded for it)  gets solidly and smugly behind the #metoo movement and other identity concerns, automatically capturing all the headlines and the media noise, the struggles of hundreds of billions facing enormous repression and systemic exploitation are rendered invisible to first world eyes. That’s why we bet you never heard of this event and this courageous woman, Mon Laferte. Frankly, neither had we. So here it is, in reparation and solidarity with the universal struggle she represents, belatedly, but presente!

Chilean-Mexican singer Mon Laferte was present at the 20th Annual Latin Grammy Awards in Las Vegas on Thursday. The singer made more than a fashion statement. 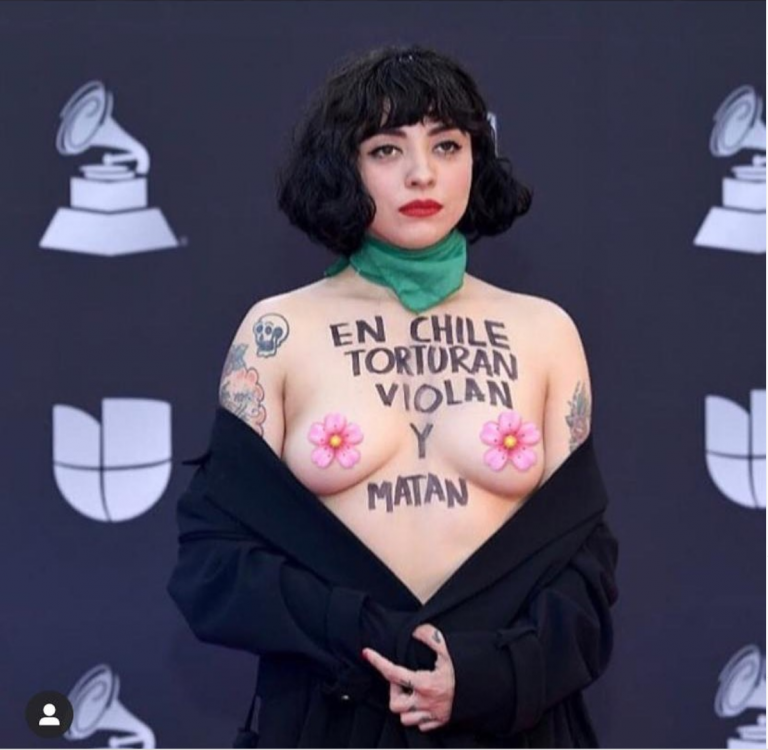 ABOUT THE AUTHOR
The Free Press Journal is an Indian English-language daily newspaper that was established in 1928 by Swaminathan Sadanand, who also acted as its first editor. First produced to complement a news agency, the Free Press of India, it was a supporter of the Independence movement. It is published in Mumbai, India.

Russia Accused of Campaign Blaming US for Coronavirus Outbreak