Russia Accused of Campaign Blaming US for Coronavirus Outbreak 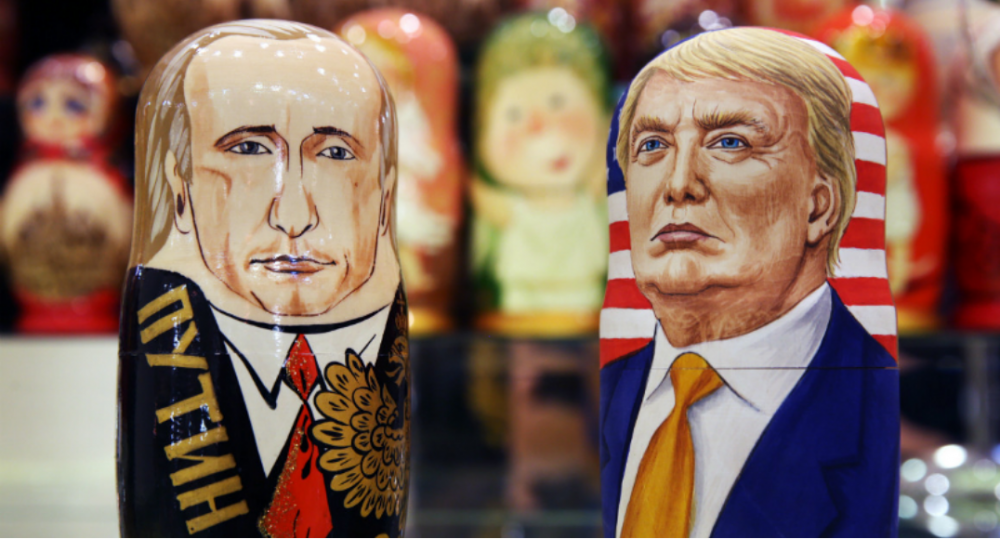 Russia has been a prime US target since its 1917 revolution, relations between both countries uneasy at best from that time to now.

Propaganda by US officials and establishment media demonizes the country and its leadership, ongoing for over a century except for brief interregnum periods.

Russia under Vladimir Putin is falsely accused of malign activities because of the country’s sovereign independence, its opposition to Washington’s imperial agenda, its aim for peace, stability, and multi-world polarity, along with its status as the world’s dominant military power, its super-weapons exceeding the Pentagon’s best, developed at a small fraction of the cost.

US officials and establishment media falsely accused Russia of cyberwar, attacking the US power grid, election meddling, breaching bilateral agreements, destabilizing activities, and other alleged malign actions — no evidence backing them because none exists.

Without it, accusations are baseless. Yet they persist, believed by most Americans because establishment media repeat them relentlessly.

Collectively, they operate as a virtual ministry of propaganda against nations on the US target list for regime change, ones it doesn’t control — China, Russia and Iran toppling the list for vilifying by fake news.

“The Weaponization of Sanctions”: Waging War by Other Means against Russia

Invented reasons are used because legitimate ones don’t exist.

The latest US fake accusation against Russia comes from the Trump regime’s State Department — headed by extremist Pompeo.

Over the weekend, acting assistant secretary of state for Europe and Eurasia Stephen Biegun said the following:

“Russia’s intent is to sow discord and undermine US institutions and alliances from within, including through covert and coercive malign influence campaigns (sic),” adding:

“By spreading disinformation about coronavirus, Russian malign actors are once again choosing to threaten public safety by distracting from the global health response (sic).”

False accusations allege Russian social media accounts are “sow(ing) discord” by claiming the US is waging “economic war on China,” including by a CIA manufactured bioweapon, namely the coronavirus (COVID-19).

English-language Russian media RT and Sputnik are accused of linking the US to the virus outbreak and spread to damage Washington’s image on the world stage — already irreparably damaged by its war on humanity.

No supportive evidence backing the accusation proves it. Whenever US accusations are made against Russia, China, Iran, and other sovereign nations Washington doesn’t control, no corroborating evidence is presented because none exists.

“(F)riendship requires that they behave like ‘normal’ states” — code language for subordinating their sovereign rights to US interests.

Both right wings of US duopoly rule are waging war on these countries and others Washington doesn’t control by hot and other means.

US rage for controlling other nations, their resources and populations risks unthinkable global war, potentially with super-weakens able to destroy planet earth and all its life forms if used.

Note to readers: please click the share buttons below. Forward this article to your email lists. Crosspost on your blog site, internet forums. etc.

His new book as editor and contributor is titled “Flashpoint in Ukraine: US Drive for Hegemony Risks WW III.”

Award-winning author Stephen Lendman lives in Chicago. He can be reached at lendmanstephen@sbcglobal.net. He is a Research Associate of the Centre for Research on Globalization (CRG)