The current situation in Syria is confusing.

The Russian airforce and air defense went quiet after the bombing of the Turkish infantry battalion. Putin presumably wants a deal over Idleb but neither Damascus nor Ankara are willing to agree to whatever he proposed. Unfortunately there has been no official comment on the situation from Moscow or Damascus. All 'experts' are currently just guessing.

Turkey used the Russian air defense pause to send armed drones behind the Syrian lines. These caused damage though less than Turkey claimed.

Some Hizbullah and Iranian troops were hit and Turkey has received warnings from Iran and Lebanon that this will have consequences for the Turkish soldiers in Idleb.

Today Syria's air defense was again activated and shot down 6 Turkish drones. The Jihadis thought it was a Syrian plane and celebrated.

Turkey responded by shooting down a Syrian jet over Idleb. The missile was fired from Turkey.

Another drone was shot down near the Russian air base in Latakia.

The Syrian army is advancing in Saraqib.

Syria's Foreign Minister met his Libyan colleague from the Libyan National Accord under General Haftar. They criticized the "Turkish aggression" against both countries and signed some agreements.

The ‘Stolen Province’: Why Turkey Was Given A Corner Of Syria By France 80 Years Ago

Statement of Iran’s consultative center in Syria regarding Idlib incidents 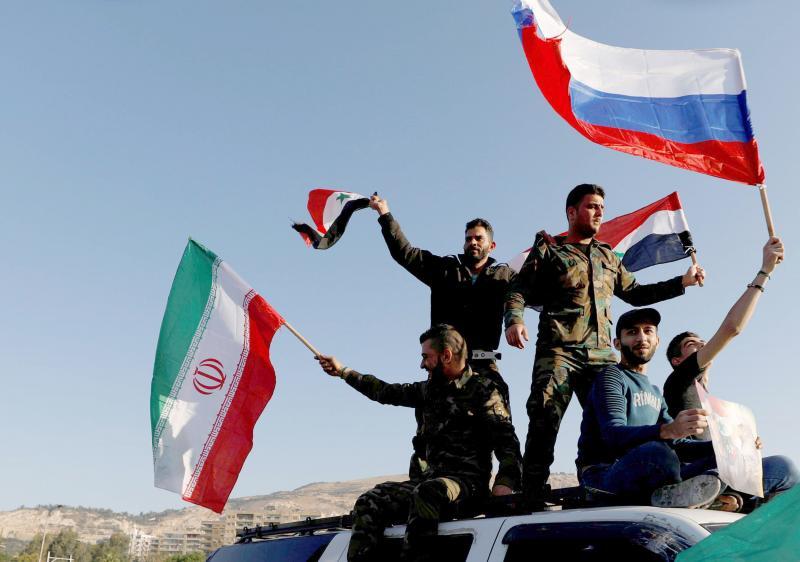 ISWNews Analysis Group: Iran’s consultative center in Syria said they don’t revenge Turkey for the incidents of Idlib but…

Iran’s consultative center:
– We answered Syria’s army and government request regarding liberation of M5 highway so we participated.
– Forces who liberated M5 were under command of IRGC, Hezbollah and resistance groups.
– Resistance forces did not target Turkish forces due to respect for commander of the operation and we are still following this rule.
– In past four days, groups Tajik, Turkistan party and al Nusrah launched extensive attacks to Syrian army positions and our forces support the army. In despite of our defensive stance, Turkish army targeted us in ground and air.
– We sent messages to Turkish army through intermediary. But they continued bombing and martyred our forces.
– Syrian army answered by artillery and we haven’t responded directly. We told Turkish army that commander of the operation emphasized on political solutions regarding Syria and Turkey issues and we ordered our forces not to target Turkish forces.
– Turkish army continues bombing and we ask them to act wisely.
– We tell Turkish people that their children are within our reach and we can take revenge but withhold under command of the operation leader.
– We ask all sides to be wise and understand the dangers of the war.

This work is licensed under a Creative Commons Attribution-NonCommercial 4.0 International License.
ALL CAPTIONS AND PULL QUOTES BY THE EDITORS NOT THE AUTHORS

Coronavirus – It’s Time To Press Your Government To React Faster

The Despicable Red-Baiting of Bernie Sanders