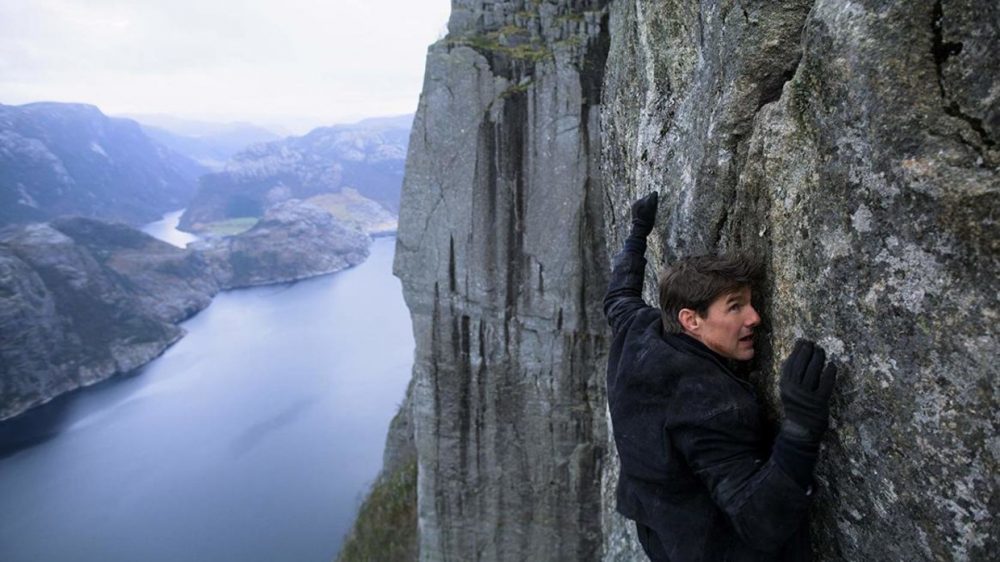 Fear of Covid-19 is wreaking havoc on Hollywood’s economy, and it is the working class of the entertainment industry who will pay the price.

Let me start off by saying that I have no idea if the fears around coronavirus are justified or hyped, but I do know they are having a devastating effect upon the film industry.

Hollywood is facing a potential $5 billion loss due to coronavirus. As a worker in the movie business, the news around the pandemic feels like the old narrative device of the ticking time bomb, each story that comes out is another tick.

Mission Impossible 7 shuts down production because of an outbreak in Venice …tick… the new James Bond movie No Time To Die reschedules its opening from April to November …tick… the film/music festival South by Southwest (SXSW) is cancelled because of health concerns …tick.

ALSO ON RT.COMBored in coronavirus quarantine? Here are the best epidemic movies to crank up your panic!

Most people think of the movie business in the abstract, as a sort of detached phenomenon known as ‘Hollywood’. The reality is that ‘Hollywood’ is more an idea… and Los Angeles the place that brings that idea to life.

Los Angeles isn’t the glitz and glamour of the Tinseltown movie star myth, rather it is a blue collar, industry town. The vast majority of people in L.A. are working stiffs who are among the thousands of people who work on each film or TV show as artists, crew members or laborers, be it in the production office or the camera and lighting, sound or arts departments, or as carpenters, caterers, electricians, drivers, extras or in other capacities.

These folks scratch out a living as freelancers in this massive and perpetually temporary gig economy known as the entertainment business. These Hollywood peasants, and as a writer and acting coach I count myself among them, are hustlers who work their backsides off as they scramble to survive by eating the crumbs off of corporate Hollywood’s overstuffed table.

Now, with as much as 70 percent of a blockbuster’s revenue coming from overseas markets, the Covid-19 fueled restrictions in China, South Korea, Japan, and Italy are already leading to major shockwaves in corporate Hollywood.

The Mission Impossible 7, No Time to Die and SXSW postponements/cancellations may seem trivial to casual movie-goers, but to the thousands and thousands of Hollywood hoi polloi who work in production, marketing or staffing of films and festivals who count on that income for the basics, missing out on these paychecks isn’t just an inconvenience, it is an outright catastrophe.

Another example is Pearl Jam postponing two concerts scheduled for April at the L.A. Forum due to Covid-19.

For lead singer Eddie Vedder, postponing those shows is no big deal, but for the hundreds of minimum wage vendors, parking lot attendants, ticket takers and security guards who depend on that income to survive, it is a massive deal. They may make that money back eventually, but that won’t help them pay the rent next month.

ALSO ON RT.COMCouncil on Foreign Relations cancels coronavirus-themed conference in NYC because of…coronavirus

The reality is that people working in the entertainment industry ecosystem are just as poorly situated financially as the rest of Americans, 40 percent of whom do not have the savings to afford a $400 emergency.

While Tom Cruise has a $100 million rainy day fund, Hollywood’s plebeians do not get sick days, rarely if ever get unemployment, and are perpetually saddled with financial and employment insecurity.

They are also burdened not only by exorbitant L.A. housing costs but also by overpriced and under-performing health insurance when they are lucky enough to have any insurance at all.

Coronavirus slowing down or stopping film and TV production is a cataclysm for Hollywood’s proletarian backbone. The desperation here is already palpable as the stark reality for those living paycheck-to-paycheck is starting to sink in. The 60,000 homeless people already living in filth on the streets of L.A. are a constant and stark reminder of how quickly things can go bad.

The corona-inspired economic insecurity and health concerns will inevitably lead L.A.’s wealthy inhabitants to stay home and stop spending money at restaurants, bars and clubs, which will further spiral the economy downward, impacting small business owners and service economy employees the most.

ALSO ON RT.COMDraconian response to coronavirus may be worse for global economy than epidemic itself

And remember that while the rest of us are at home in self-quarantine enjoying streaming services and indulging in my listof best pandemic movies, the workers at movie theaters will be laid off from their minimum wage jobs by their corporate overlords.

It is easy to laugh at ‘Hollywood’ for its much publicized excess, extremes, absurdity and depravity (I do it all the time), but know that with coronavirus, it is the normal, everyday, working class people of Los Angeles who will bear the economic and health burdens, not obnoxious celebrities and over-paid movie stars.

Sadly, James Bond and Tom Cruise are incapable of defusing the coronavirus bomb… and regardless of whether that bomb actually detonates or is a dud, the damage done will most likely leave Hollywood’s economy a smoldering crater… and as always, the rank and file of La La Land will be the most severe casualties.

Michael McCaffrey lives in Los Angeles where he works as an acting coach, screenwriter and consultant. He is also a freelance film and cultural critic whose work can be read at RT, The Greanville Post, Counterpunch and at his website mpmacting.com/blog.

Cuba has medicines for thousands of possible cases of COVID-19