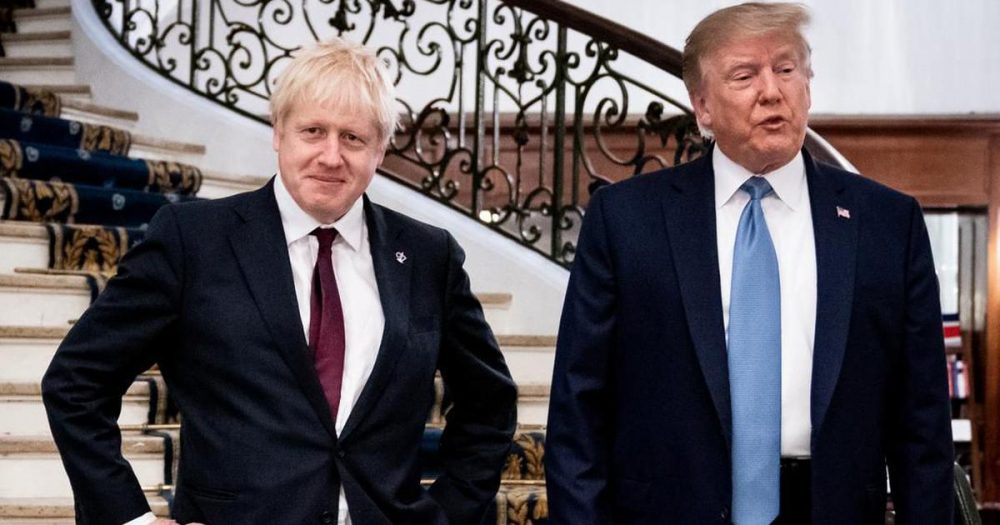 Trump and Johnson: the two current front men for the US/UK empire, the most vicious part of the Western "deep state".  All governments lie to some extent, depending on their degree of loyalty to the people. In the US and UK mendacity around the clock is the ruling class' only way of holding on to power.

Trust is built on truth. Can Americans really trust their rulers?
A storm cloud of fear hangs in the air, palpable as the billions of cowering human bodies now living under threat of annihilation, festering in hearts, censoring rational thoughts, rotting souls, turning atheists to prayer.  A virus has invaded planet earth, apparently threatening the extermination of humankind.  And true to form, the victims look to their oppressors for guidance, then follow unquestioningly.
Few close friends are able to step outside the grand illusion, fully appreciating the ongoing iron-fisted and dehumanizing efforts of the cheap thugs and mass murderers who've been running the United States of America since before the so-called Revolutionary War, which was nothing more than a change of national flags, and turnover in upper management at International Pirates Incorporated.  Those of us who dare question the official narrative are asked to name names, to state motives, to offer proof.  Once you've ditched your flat screen and cut the strings of presstitute lies and omissions, which formerly guided your thoughts and actions, only one thing becomes clear:  The official nonstop Covid-19 narrative is history's most important and initially successful move toward the complete transformation from any semblance of freedom into total electronic totalitarianism.  And whether or not this virus was laboratory-made, then released with a heinous intent, it is obvious that it is now used as an excuse to erase the last vestiges of liberty and justice, replacing them with blind, unquestioning obedience to authority.
Boondoggle social distancing, far from offering protection from viruses, likely exacerbates illness and death.  But we're being primed (via corporate media, including but not limited to the likes of MSNBC, FOX, and PBS), yes, PBS...for the foreseeable future...for more mandated pandemic psychological siege, isolation, and the stifling of our immune systems' abilities to manufacture antibodies.  But fear not, for Gates, Fauci, Tedos, Ferguson, and our oh so trustworthy national and international health organizations (in very chummy cooperation with Big Pharma) will be there to save us with some new generation of likely MANDATORY vaccine, probably containing micro-electronics (and/or worse), to make absolutely certain that none of us gets lost in the woods, nor gets away with jaywalking, spitting in public, or criticizing official policies.   https://www.europereloaded.com/swedish-expert-dr-johan-giesecke-why-lockdowns-are-the-wrong-policy-video/ 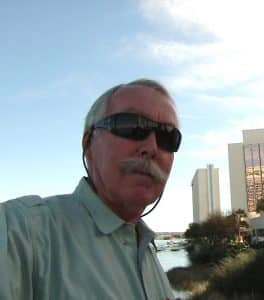 JOHN HALL • Having finally realized that no human being in possession of normal perception has a snowball’s chance in hell of changing the course of earth’s ongoing trophic avalanche, now studies sorcery with the naguals don Juan Matus and don Carlos Castaneda in the second attention.  If you’re patient, you might just catch him at his new email address, but if his assemblage point happens to be displaced, it could take a while.  That address is:  drachman2358@outlook.com

Why the US withdrew its bombers from Guam (Annotated)

A year on, the gilets jaunes have lost 24 eyes and five hands – and made a deep mark on French society