Home ABOMINATIONS REOPENING vs. LOCKDOWN is a FALSE DICHOTOMY 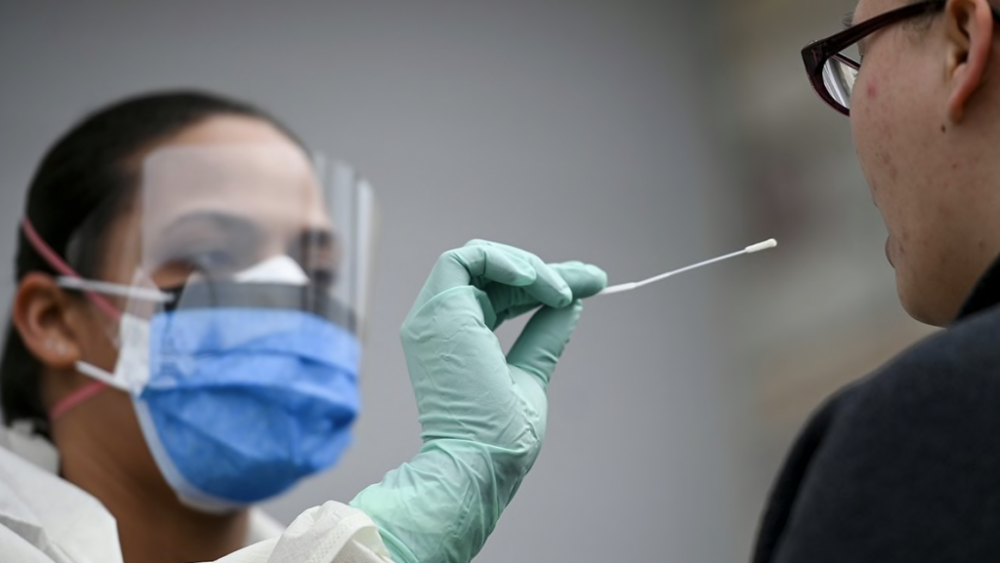 California is seeing a surge in coronavirus infections, and most of our government misleaders, from Governor Gavin Newsom on down, are trying to sweep the true story under the rug with the same kind of blowhard fake news that we hear from the Trump administration.

The politicians don’t want to admit that the real problem is a serious lack of testing, contact tracing, and quarantining of infected people.

Instead, they present us with a false dichotomy: “reopening” vs. lockdown. But without adequate testing, contact tracing and quarantining, both of those options are deadly. Lockdown is slow death and economic strangulation. “Reopening” means a surge of death, but maximization of profit for the corporate elite.

The total number of reported coronavirus infections in California has now topped 200,000. The actual number of infections in the U.S. may very well be up to 10 times as many as have been reported, according to the New York Times, which based its story on data from the federal Center for Disease Control (CDC).

But we don’t really know. We don’t know because there hasn’t been anywhere enough testing to know. And we don’t know how many non-symptomatic people are wandering around infecting those who haven’t met the virus yet.

We are all aware that this problem starts in the Very White House, where Trump and his cohorts are trying to wish away the pandemic. But wouldn’t you expect our state and local government leaders to be shouting to the rafters that we need more testing? You would think the Democrats especially would be eager to point the finger at the murderer-in-chief in Washington.

But that outrage against Trump and his minions has been muted, at best. Our state and local politicians would rather brag about how they have managed to increase testing over time, rarely acknowledging that the amount of testing going on won’t successfully identify and isolate infections any more than rearranging the deck chairs on the Titanic would have kept the ship afloat.

Our weak-willed political leaders have long been schooled in this denial of reality. These are the same misleaders who have grown accustomed to managing economic austerity for poor and working-class folks, because they are perpetually afraid of fighting to tax the rich. They know who their true base is – the corporate elite that finance their campaigns and their careers.

Similarly, these same politicians are now kowtowing to the big business class that wants their economy “re-opened,” who want to force workers back to work no matter how unsafe it is, while holding the whip of unemployment and financial insolvency over our heads.

I have a friend who grew up in Iraq. His family back home keeps asking him, “What is wrong with America?” The irony of Iraqis watching the U.S. collapse is deep.

San Francisco is not exempt from this political madness. We have heard over and over again that we are somehow sheltered from the storm. It is true that Bay Area health officials got ahead of the curve with an early lockdown. But were they able to use that time to ramp up testing to the degree that is needed? Clearly not. Are they now demanding the kind of mass testing that is necessary to safely “reopen” the economy? Clearly not. These health officials also ultimately answer to the political elite and their big business masters.

San Francisco is the commercial and cultural capital of the Bay Area. As the economy “reopens,” San Francisco is increasingly being flooded with workers and visitors from surrounding counties. These non-residents may get infected here, may get sick, may die, but that doesn’t affect San Francisco’s statistics even one little bit. Instead they get added to the totals in their home counties – like Alameda, Contra Costa, Santa Clara and Marin – where infections are climbing.

When I asked local public health officials what is being done to statistically track non-residents who become infected in San Francisco, the answer was – nothing. Here is what the “Joint Information Center” told me:

What this means is that San Francisco’s “reopening” risks making us not only the commercial and cultural capital of the Bay Area, but the infection capital as well. And if you think that infections caused here but recorded in surrounding counties won’t come back to haunt (and infect and kill) us, then I have an orange bridge to sell you.

Just wait until the hotels open up again.

Recently San Francisco officials have decided to test all dead San Franciscans for coronavirus infections, not just those who showed COVID-19 symptoms. That is called post-mortem testing. It is a good thing. Of course, what we need even more is a whole lot of pre-mortem testing. That would be an even better thing.

Marc Norton has worked in the restaurant, hotel and food service industry his entire life. Over 90% of the workers in his union, UNITE HERE Local 2, are now out of work.
You can explore his writings at Marc Norton Online - https://MarcNortonOnline.wordpress.com