November 13, 2020 5 minutes read
Please make sure these dispatches reach as many readers as possible. Share with kin, friends and workmates and ask them to do likewise.

In a particularly frank moment during an exit interview, departing Syria envoy Jim Jeffrey acknowledged to me that when it came to troop levels there, “We were always playing shell games to not make clear to our leadership how many troops we had there."

Jeffrey was always a part of the 'deep state' that tried to sabotage Trump's policies. 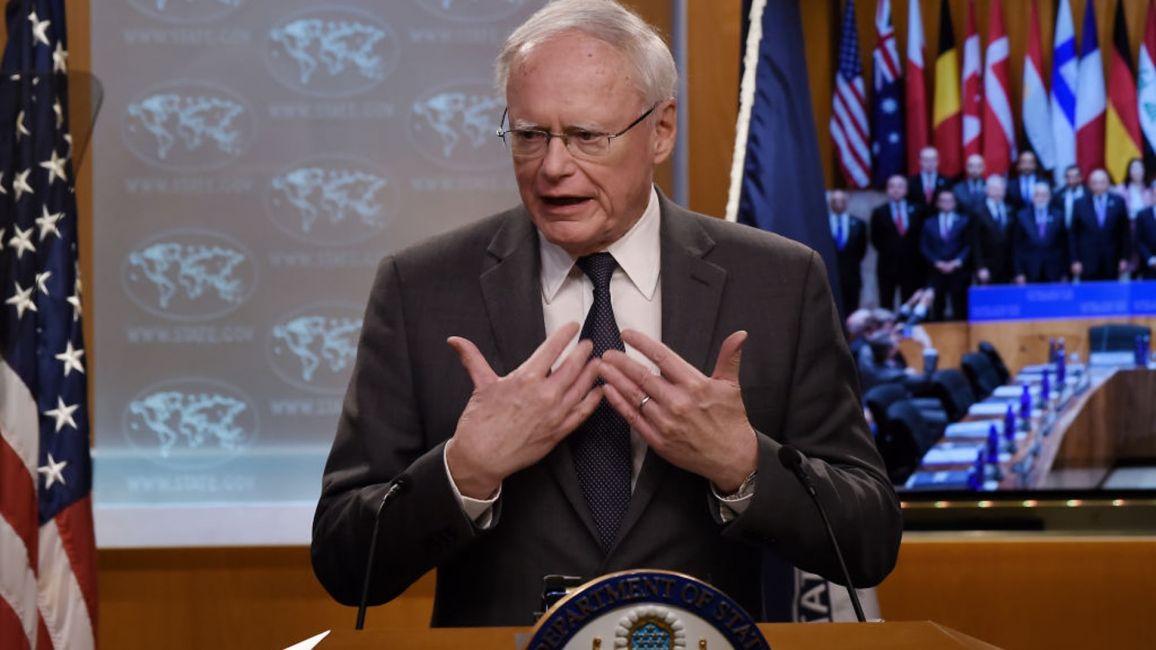 Jim Jeffrey: an anti-Trump Obama loyalist who decided to come clean at the 11th hour. Still good, to confirm what many have long suspected. (Getty Images)

But even as he praises the president’s support of what he describes as a successful “realpolitik” approach to the region, he acknowledges that his team routinely misled senior leaders about troop levels in Syria.

“We were always playing shell games to not make clear to our leadership how many troops we had there,” Jeffrey said in an interview. The actual number of troops in northeast Syria is “a lot more than” the two hundred troops Trump agreed to leave there in 2019.
...
“What Syria withdrawal? There was never a Syria withdrawal,” Jeffrey said. “When the situation in northeast Syria had been fairly stable after we defeated ISIS, [Trump] was inclined to pull out. In each case, we then decided to come up with five better arguments for why we needed to stay. And we succeeded both times. That’s the story.”
...
Officially, Trump last year agreed to keep about 200 U.S. troops stationed in northeast Syria to “secure” oil fields held by the United States’ Kurdish allies in the fight against ISIS. It is generally accepted that the actual number is now higher than that — anonymous officials put the number at about 900 today — but the precise figure is classified and remains unknown even, it appears, to members of Trump’s administration keen to end the so-called “forever wars.”

That the Pentagon, the State Department and the various secret services were and are lying to Trump is not new. That one of their guys now openly admits this is refreshing.

As Trump now knows this, and recently installed his people in the Pentagon, he may draw the right conclusions from it not only for Syria but also for Afghanistan.

President Donald Trump’s decapitation strike on the Pentagon this week is raising fears that the U.S. will accelerate the withdrawal of troops from Afghanistan, putting newly installed leaders on a collision course with top generals and others who are urging a more deliberate drawdown.

Current and former administration officials say Trump fired Defense Secretary Mark Esper Monday in part over his opposition to accelerating troop drawdowns worldwide, and especially in Afghanistan. The upheaval accelerated on Tuesday with the resignation of three high-level civilians and the installation of loyalists who are expected to ram through Trump's agenda, and continued on Wednesday when retired Army Col. Douglas Macgregor, an outspoken critic of the war in Afghanistan, was brought on as senior adviser to new acting Defense Secretary Chris Miller.

Any move to accelerate withdrawals would set up a clash with the nation’s top generals and other civilians, who have argued publicly against leaving Afghanistan too quickly while the security situation remains volatile. It would also complicate President-elect Joe Biden’s pledge to leave a small number of troops in the country to guard against terror attacks.

“A precipitous and what appears to be near total withdrawal of U.S. forces from Afghanistan — not on a conditions-based approach advocated by our military, political and intelligence leadership but rather on an old campaign promise by President Trump now carried out by hyperpartisan Trump loyalists installed in a last-minute purge of DoD — is both reckless and will not make America safer,” said Marc Polymeropoulos, a retired CIA senior operations officer.

The U.S. occupation of Afghanistan began on October 7 2001. Nineteen years and an obviously lost war later the removal of U.S. troops from the country is still 'precipitous'?

Macgregor and Sec Def Miller should draw up a direct order to the commanding general of U.S. Central Command that tells him to remove all troops from Syria, Afghanistan and Iraq within the next 30 days. Trump must sign it. Should CentCom fail to follow the order by the Commander in Chief its leader must be replaced and court martialed.

That is how the chain of command should actually work. It would be nice to see it for once happening that way.