Print this post.
Please make sure these dispatches reach as many readers as possible. Share with kin, friends and workmates and ask them to do likewise.
By Eric Zuesse, originally posted at Strategic Culture 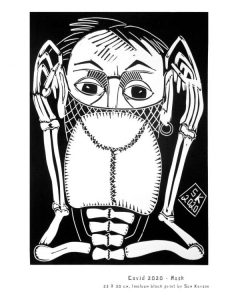 According to an analysis by and in the New York Times on November 18th, which is headlined “States That Imposed Few Restrictions Now Have the Worst Outbreaks”, “Coronavirus cases are rising in almost every U.S. state. But the surge is worst now in places where leaders neglected to keep up forceful virus containment efforts or failed to implement basic measures like mask mandates in the first place, according to a New York Times analysis of data from the University of Oxford.”

If you want data that the NYT’s doesn’t see fit to print on this check this excellent Swiss site which has been compiling covid information from around the world since the beginning. Or you could consult the NTY’s, NPR, WAPO, and the same cadre of MSM who lie to all of us non-stop 24/7 and 365 days a year about literally EVERYTHING of any real significance. Just saying. https://swprs.org/a-swiss-doctor-on-covid-19/