Israel is salting the fields of Biden's foreign policy before he assumes office. And will he do anything about it? Unlikely. 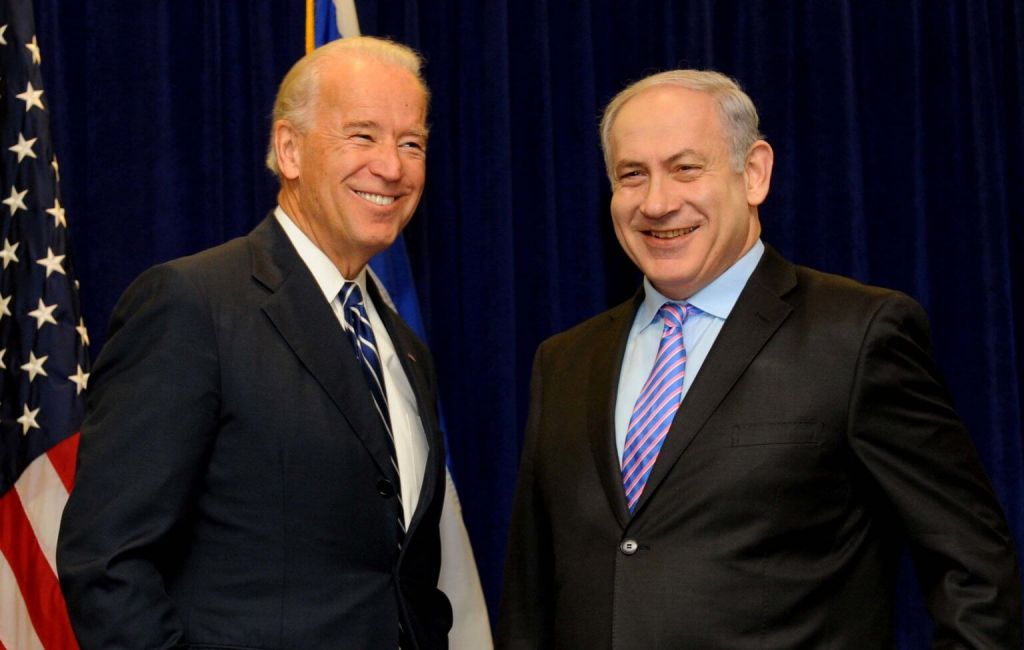 The public does not know yet how it came to pass that the top Iranian nuclear scientist was assassinated in Tehran Friday, but experts say that Israel did it.

What we do know is that Israel has a hidden motive: It wants to destroy any chance of Joe Biden reentering the nuclear deal by envenoming relations between the U.S. and Iran and empowering hardliners in Iran.

Why would an Israeli attack envenom U.S.-Iran relations? Because Israel would only undertake such an attack with the O.K. of the Trump administration. (“While it’s highly unlikely that Israel would have carried out the assassination without a green light from the Trump administration, a more direct U.S. role cannot be entirely discounted” — Trita Parsi at Responsible Statecraft.)

Now does anyone really think this was Trump’s idea? No: Israel is acting to its own devilish ends, and the U.S. government is signing off. Netanyahu has directly told Biden he must not reenter the Iran deal.

Which goes to the essential tragic point here: “If an extraterrestrial arrived and looked at the US-Israel relationship he/she/it would be right to think the US is a client state of Israel.”

The tail is once again wagging the dog.

Because what is the likelihood that Joe Biden will be able to exercise independent foreign policy in the wake of the murder of Mohsen Fakhrizadeh? That likelihood decreases by the moment. The president-elect’s hands are being tied by rogue foreign policy-makers on both sides of the Atlantic. He will have that much more work to do to try to restore the Iran deal.

This tagteam has been at it before. As Scott Roth writes:

Israel is trying to ignite a war while it still can. Israel likes these transition periods. 12 years ago they started Cast Lead because they weren’t sure how an Obama administration would feel about bombing Gaza. And Obama let it go and we see how that went. Will Biden dial this back? I have low confidence that he will.

The other tragic thing about this attack is that everyone knows all this, but it’s unsayable in Washington. Yes, Trita Parsi says some of it at Responsible Statecraft.

Either way, the assassination (and other likely future attacks) will likely harden Iran’s position and complicate — if not ultimately cripple — the Biden team’s attempts to revive diplomacy. That serves Netanyahu’s interest as well.

But the New York Times isn’t going there, and neither is the Washington Post. To his credit, last night on the PBS News Hour, Nick Schifrin lifted the carpet a bit. The attack might only “create an incentive for Iran to pursue a nuclear program,” he said, then ventured, “Biden and his team say they want to reenter the Iran nuclear deal–what do you make of the timing of this attack, just 54 days before inauguration?”

But Schifrin’s interview was a tool, a former CIA officer named Norman Roule, who said,

I think, for the Biden administration, looking at this deal, they’re going to have to respect the security concerns of regional actors to a greater extent to avoid other incidents such as this upsetting nuclear negotiations.

Translation: the U.S. is Israel’s client state so forget about it. Let their “security concerns” drive policy. Mother o God.

Our press and the Beltway seems to accept his crap. As Joe Cirincione of Ploughshares writes:

I am very disappointed at many of my Washington colleagues who take a “on the one hand…” approach to Israel’s assassination of an Iranian scientist. Are they that afraid of being on the “wrong side”? Why do they fear condemning terrorism when done by Israel?

Good question. Why? Because Israel is ensconced in U.S. hearts and minds thanks to the Israel lobby. The New York Times did quote that moral beacon, former CIA chief John Brennan, tweeting:

[T]he killing was a “criminal act & highly reckless” and… it risked “lethal retaliation & a new round of regional conflict.”

It’s pitiable really. The Iran deal was the signature foreign policy achievement of the Obama administration. President Obama spent huge amounts of political capital on it, gaining liberal Zionist support for the deal so that he could defy the center-right lobby and Netanyahu. Then Trump came in and trashed the deal to please his biggest donor, Netanyahu’s friend Sheldon Adelson. And now Trump and Netanyahu are murdering scientists to “sow the earth with salt between now and Jan 20, 2021,” and everyone just shrugs. . .

Philip Weiss is an American journalist who co-edits Mondoweiss with journalist Adam Horowitz. Weiss describes himself as an anti-Zionist and rejects the label "post-Zionist."

The Long History of Elite Rule: What Will It Take To End It?

Elie Wiesel’s Israeli propaganda and the myth of Soviet genocide...