Once again, the inherent dishonesty in the "choices" offered by US elections is laid bare. 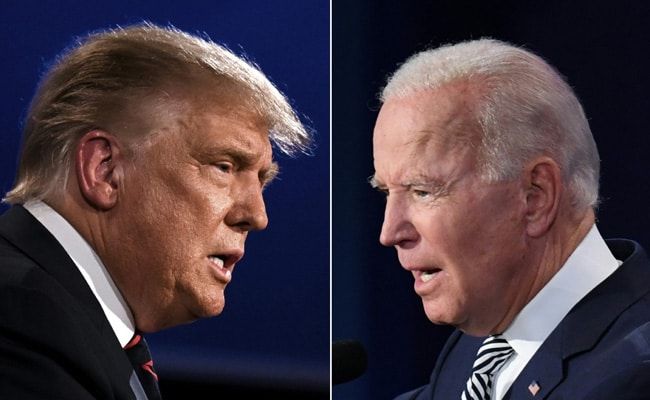 As Biden himself said many times, there will be no change on his watch, except for the worse, of course, as the country continues down the path of warmongering destruction. Unchallenged global hegemony is the only thing that the US ruling class will tolerate. Imbecilic feudal politics for the nuclear-armed 21st century.

As the telephonic conversation shows, Biden has potentially expanded areas of “concerns” where the US will most likely be picking up fights with Beijing. This includes Taiwan, Hong Kong and Xinjiang. The fact that the US is expanding its war with China, indicating its potential interference in China’s internal affairs, is also enshrined in in the idea of a new task force that Biden has established to make an in-depth strategic review of US policies towards China.

While the force has been established to “review” the US policy towards China, Joe Biden has already explained that the ultimate objective of any US policy towards China is to perpetuate US hegemony. Last week when Biden spoke at the State Department, he said “American leadership must meet this new moment of advancing authoritarianism, including the growing ambitions of China to rival the US”.

In a press briefing, Pentagon officials said that:

“the Department believes China is the number one pacing challenge for the Department. And it’s a — US bilateral relations with China as well as China’s influence on the world stage is a central focus of the Biden administration’s foreign policy. So it’s perfectly — this task force effort is perfectly nested inside that and supportive of that.”

This is to be seen in combination with the Initiation of a Global Force Posture Review that the Pentagon has recently announced with a view to assessing “US military footprint, resources, strategy and mission” world-wide to put in place plans that can best serve Joe Biden’s ambition to reestablish US domination and prevent other states, such as China and Russia, from challenging it.

This global posturing was evident in Antony Blinken’s very first call with his Chinese counter-part. Using very strong words, Blinken said Washington would hold Beijing “accountable for its abuses.” He added that the US would work with allies to hold China “accountable for its efforts to threaten stability in the Indo-Pacific, including . . . the Taiwan Strait and its undermining of the rules-based international system”.

Biden has repeatedly said that the “new” US policy towards China will appropriate the support of the allies both in Europe and in Asia. While Europe still remains at odds with the US, elsewhere in Asia, Joe Biden has already started to push for reviving the largely dormant QUAD with an avowed purpose of tackling the rising Chinese influence.

According to reports in the Japanese media, the US has already proposed to hold a virtual meeting of the QUAD leaders. The fact that the Biden administration has decided to hold QUAD summits, involving the highest levels of leadership reflects strongly on importance the new administration has attached to the grouping.

Biden’s National Security Adviser recently affirmed that the QUAD will be the key in the US Asia-Pacific strategy. He also added that the US needs to maintain its tough stance, saying that Washington should be prepared to “impose costs” on Beijing for its policies towards Taiwan, Hong Kong and its own Muslim minorities. He also affirmed that the pivotal element of the US administration’s strategy includes renewing alliances and robust investment in technology to ensure they retain a critical edge over China. Antony Blinken highlighted during a recent phone call with his Australian counterpart, Marise Payne, the importance of cooperation through mechanisms, including the Quad.

These developments also indicate the new administration is unlikely to immediately dial down trade tariffs and end the “trade war.” What happens with the “trade war” in the medium- to long-term will likely depend on the overall trajectory of US-China bilateral ties. While Joe Biden is likely to be a lot less unpredictable in terms of sudden increases and decreases in tariffs and there will be less economic brinkmanship than was witnessed during the past four years, what appears almost certain is minimal to no changes in the overall confrontationist policy that Trump followed towards China. China, on the other hand, continues to stress the need to redress the mistakes that the previous administration made by unleashing a completely unnecessary and avoidable “trade war.”

Opening the CIA’s Can of Worms