Home AMERICAN BRAINWASH Does the West Repeating Claims of China Committing Genocide in Xinjiang Reify It?

Does the West Repeating Claims of China Committing Genocide in Xinjiang Reify It?

February 22, 2021 9 minutes read
Please make sure these dispatches reach as many readers as possible. Share with kin, friends and workmates and ask them to do likewise.

The Jewish Virtual Library quotes Nazi propaganda minister Joseph Goebbels as having said: “If you tell a lie big enough and keep repeating it, people will eventually come to believe it.”

Yet that could be called a lie, or more kindly put, a misattribution. Wikiquotes provides the accurate quotation, albeit not as a Nazi stratagem: “The English follow the principle that when one lies, it should be a big lie, and one should stick to it. They keep up their lies, even at the risk of looking ridiculous.” It is sourced as: “Aus Churchills Lügenfabrik” (“Churchill’s Lie Factory”), 12 January 1941, Die Zeit ohne Beispiel (Munich: Zentralverlag der NSDAP, 1941), p. 364-369.

There is an allegation that is being repeated ad nauseam about internment camps for Muslims in Xinjiang, China or even worse that a genocide is being perpetrated by Han Chinese against Uyghurs. The allegation has been denied and refuted over and over, the sources of the allegation have been discredited, but the allegation still has legs.

Canadian Members of Parliament are preparing to vote on Monday, 22 February on a motion to declare China to be committing a genocide; the proposal was brought forward by far-right Conservative Party leader Erin O’Toole. Canadian prime minister Justin Trudeau has said the matter requires more study. Others are less clear about the need for study. 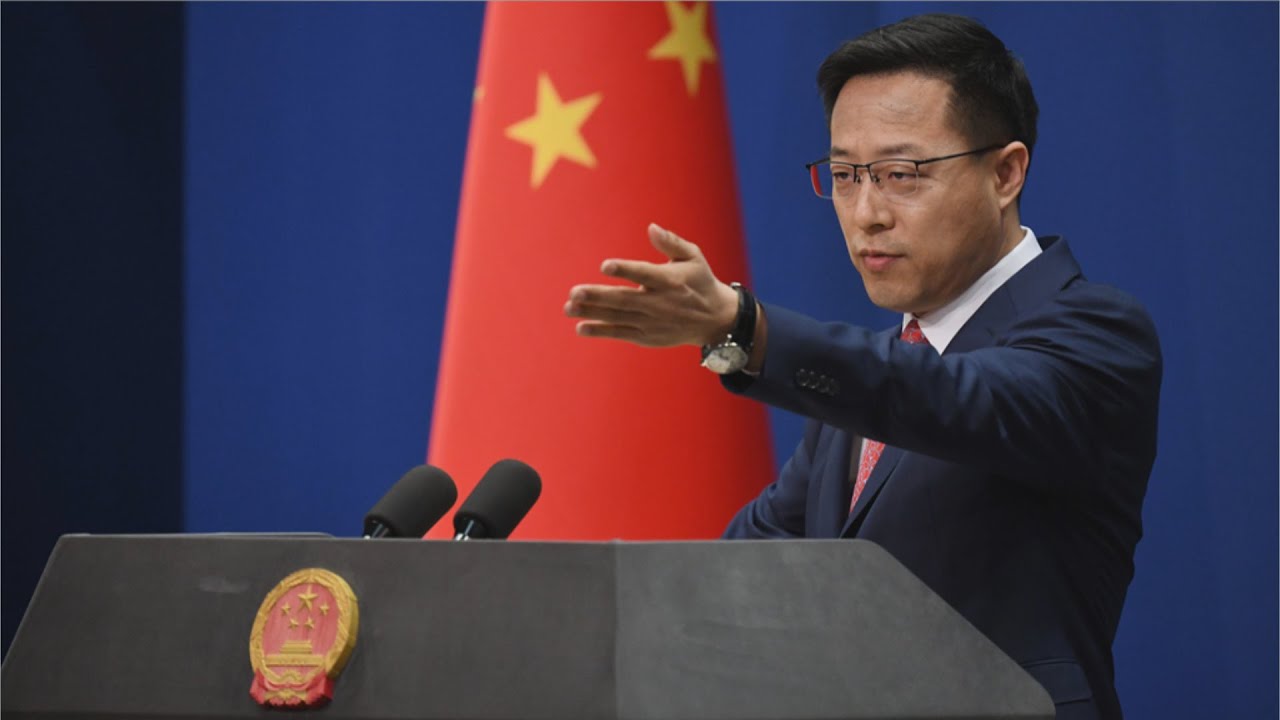 In an interview with CBC, Bob Rae, Canada’s ambassador to the United Nations, stated: “There is no question that there is aspects of what the Chinese are doing that fits into the definition of a genocide in the Genocide Convention.” Rae immediately followed by saying, “But that requires you to go through the process of gathering information and of making sure that we got the evidence that would support that kind of an allegation.

This is confused and contorted speak. Rae began by stating that unquestionably a genocide is occurring in Xinjiang. Then the diplomat admitted information hasn’t been gathered yet to provide evidence of “that kind of allegation.” An allegation refers to a claim typically without proof. If there were proof, then it would be a fact. Yet, the Canadian diplomat stated, “There is no question… of a genocide.” Ergo, he claims to be stating a certainty — a seeming certainty since Rae acknowledges a requirement for evidence, which Rae says is in the process of being gathered.

CTV wrote, “Zhao on Monday used a number of select statistics that suggest China’s Uighur population is growing at a faster rate than Canada’s population to mock Rae’s suggestions that the Uighurs are being persecuted.”

That the CTV reporting is disingenuous is obvious from the moving of the goalposts with the substitution of “persecution” for “genocide.” Clearly persecuting someone, however unpleasant, is absolutely and qualitatively different from killing someone. And since genocide refers to the destruction of an entire population, a rapidly growing population would seem to belie claims of one side committing a genocide. Moreover, what statistic is better to “select” to refute assertions of a genocide being perpetrated?

Still, to claim one group is being persecuted requires evidence.

BELOW: Western media celebrities are part of the US disinformation machine, and eagerly (or by being themselves consumers of the Big Lie) do their part for the empire attacking any enemy the US State Department and politicians single out for demonisation. Here's John Oliver, on HBO, pushing the big lie, something he does routinely from the Democrat-approved perspective. Hiding behind comedy, these people are definitely warmongers and insidious propagandists. Nothing funny about that. 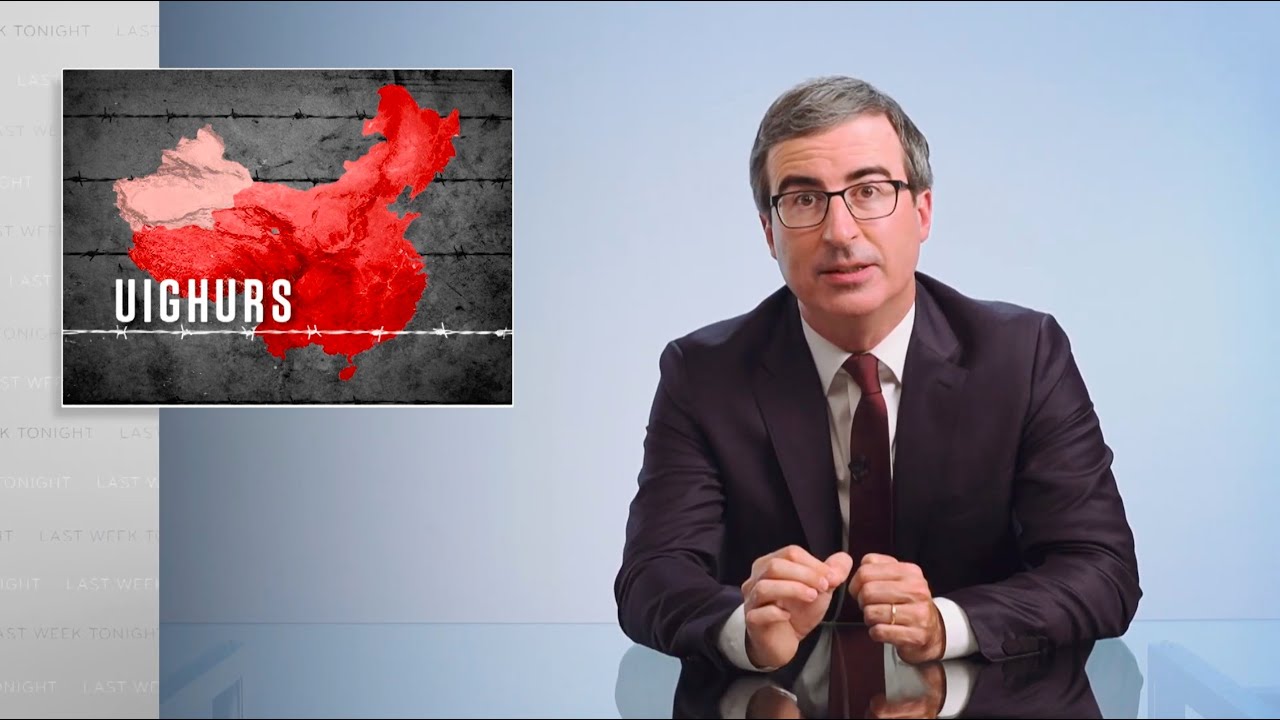 A more pressing priority for the politicians throwing rocks from the Canadian greenhouse ought to be awareness of how rife Canada is with racism. One report reveals systemic anti-Black racism in Canada. In 2006, Canada apologized for the racist imposition of a Chinese Head Tax, but the COVID-19 pandemic hysteria has exposed lingering racism toward ethnic Chinese people. In Un-Canadian: Islamophobia in the True North, author Graeme Truelove details the discrimination and the racist attitudes held against Muslims by the federal government and Canadian monopoly media. [2] Canada is also a partner in the US-Imposed Post-9/11 Muslim Holocaust & Muslim Genocide, as substantiated by Gideon Polya. [3] First Nations fare no better in Canada, as adumbrated in a report issued by the United Nations on severe discrimination against Indigenous peoples.

Despite this festering racism within Canada, foreign affairs minister Francois-Philippe Champagne saw fit for Canada to join 38 other countries in calling for the admission of experts to Xinjiang “to assess the situation and to report back.” As a rule, basic decency would require that one clean up one’s own yard (except in Canada’s case, the yard was stolen from its Indigenous peoples) before criticizing someone else’s yard.

Nonetheless, the world must not be silent in the face of crimes against humanity, especially genocide. And China welcomes outside observers to Xinjiang. China has invited the UN High Commissioner for Human Rights to Xinjiang as well as representatives of the EU.

China welcomes foreigners to visit Northwest China’s Xinjiang Uygur Autonomous Region and learn about the real Xinjiang, given that some anti-China politicians in the West are spreading lies about Xinjiang.

So much for a cover-up.

What is the real situation in Xinjiang? I will refer again to the extensive must-read report compiled by the Qiao Collective, an all-volunteer group comprised of ethnic Chinese people living abroad, on Xinjiang that warned of “politically motivated” western disinformation:

The effectiveness of Western propaganda lies in its ability to render unthinkable any critique or alternative—to monopolize the production of knowledge and truth itself. In this context, it is important to note that the U.S. and its allies are in the minority when it comes to its critiques of Chinese policy in Xinjiang. At two separate convenings of the UN Human Rights Council in 2019 and 2020, letters condemning Chinese conduct in Xinjiang were outvoted, 22-50 and 27-46. Many of those standing in support of Chinese policy in Xinjiang are Muslim-majority nations and/or nations that have waged campaigns against extremism on their own soil, including Iraq, Palestine, Pakistan, and Nigeria. On the issue of Xinjiang, the clear break in consensus between the Global South and the U.S. bloc suggests that Western critiques of Xinjiang are primarily politically motivated. [4]

Are the ramblings of the self-confessed liar Mike Pompeo to be taken seriously about a Chinese-perpetrated genocide in Xinjiang (which has also been accepted by the Biden administration)? Are American administration words to be believed without severe scrutiny considering the myriad lies; for example, about phantom torpedo attack in the Gulf of Tonkin, Viet Nam; about yellow cake and WMD in Iraq; about soldiers being supplied with Viagra in Libya to facilitate mass rapes; about Syrian chemical weapon attacks, etc, etc.

In all my years in China, I never once encountered any expression of Islamophobia. The following video by an ex pat living in China expresses a similar sentiment. Consider when hearing stories from sources living outside China, especially those with a penchant for twisting the truth, what such a source has to gain from repeating allegations without ironclad proof.

Below: A report on Xinjiang by a credible witness, a Westerner named Nathan Rich. 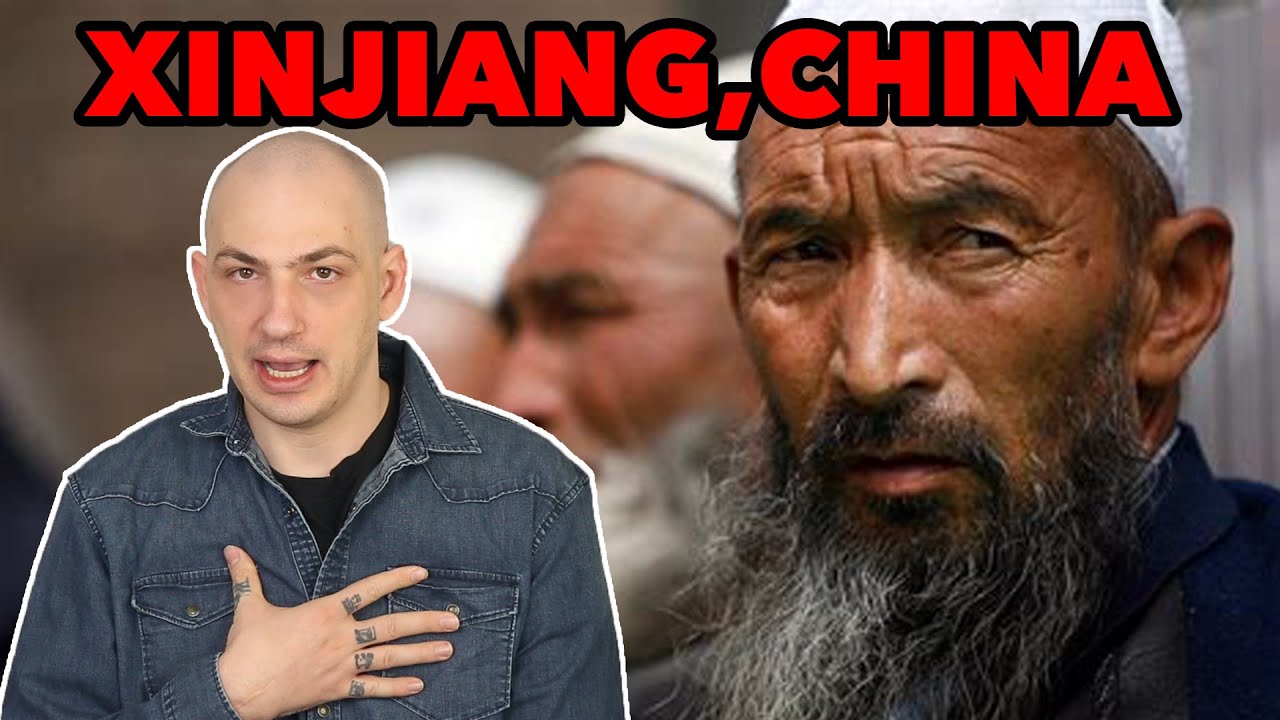