RT.com
Unity against the marauding imperial sociopath is the best defence for any sovereign nation. 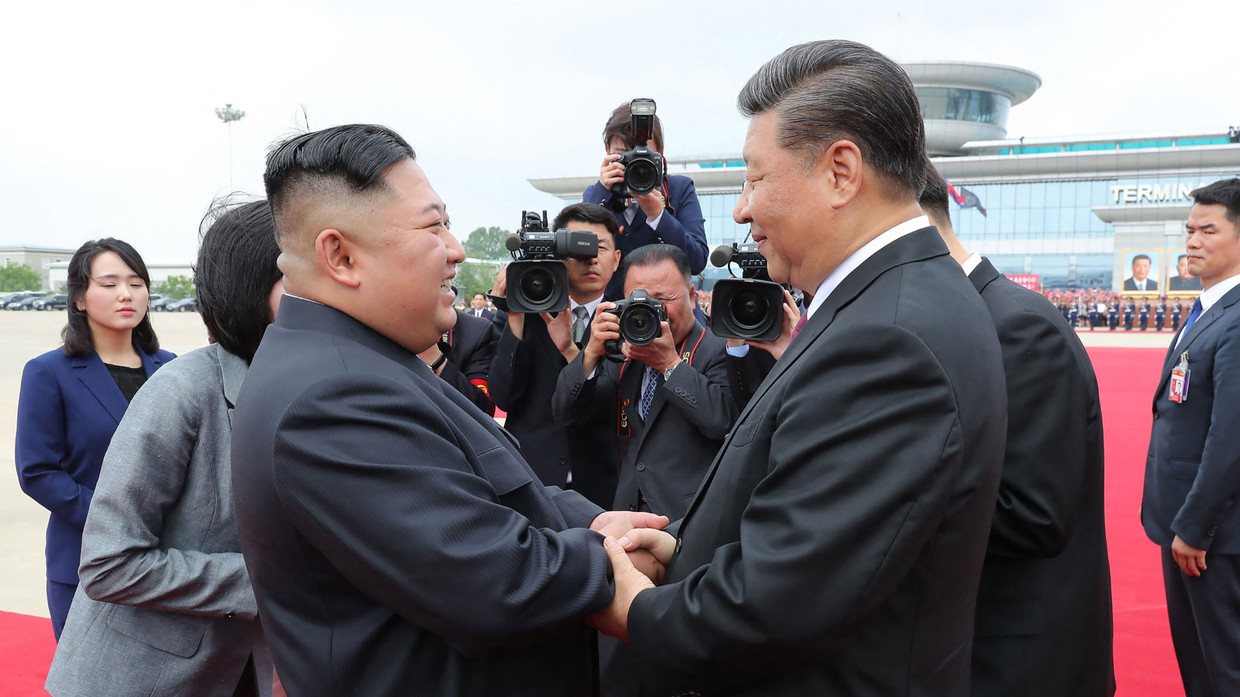 Chinese President Xi Jinping and North Korean leader Kim Jong-un have pledged to strengthen their friendly relations as they exchanged messages on the 60th anniversary of a bilateral landmark defense treaty.

The close ties between the nations have been “gaining momentum” in recent years, having “comprehensively developed onto a higher stage in all fields, including politics, economy, military and culture,” Kim said, according to North Korean state news agency KCNA.

The bilateral treaty has played a pivotal role in ensuring peace and stability in Asia against “hostile forces” in the region, the North Korean leader said, noting that the two neighbors share a “fixed stand… to ceaselessly develop the friendly and cooperative relations” with each other.

Striking a similar tone, Xi credited the 1961 treaty with boosting regional and global peace. He added that Beijing and Pyongyang have “firmly supported each other and worked hand in hand” to strengthen ties throughout the years.

According to the Chinese Foreign Ministry, Xi said he is ready to work with Kim to “take bilateral friendly cooperation to a new level and deliver more benefits to the two countries and two peoples.”

ALSO ON RT.COM‘Would plunge into greater disappointment’: Kim Yo-jong warns US not to get hopes up for return to dialogue with North Korea

Under the 1961 agreement, China and North Korea must automatically defend each other when one of them is attacked.

China is North Korea’s biggest trading partner and principal ally on the world stage and has previously called for the easing of international sanctions on Pyongyang. Xi and Kim met in person several times in 2018 and 2019.