Part of the "Rhodesist" plan was for an “Israel” to come into existence and serve as the English aristocracy’s enforcer over the entire Middle East.

December 5, 2021 12 minutes read
HELP ENLIGHTEN YOUR FELLOWS. BE SURE TO PASS THIS ON. SURVIVAL DEPENDS ON IT. 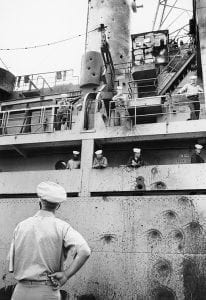 Ship flank showing part of the damage. The attack on the USS Liberty has never been properly investigated. 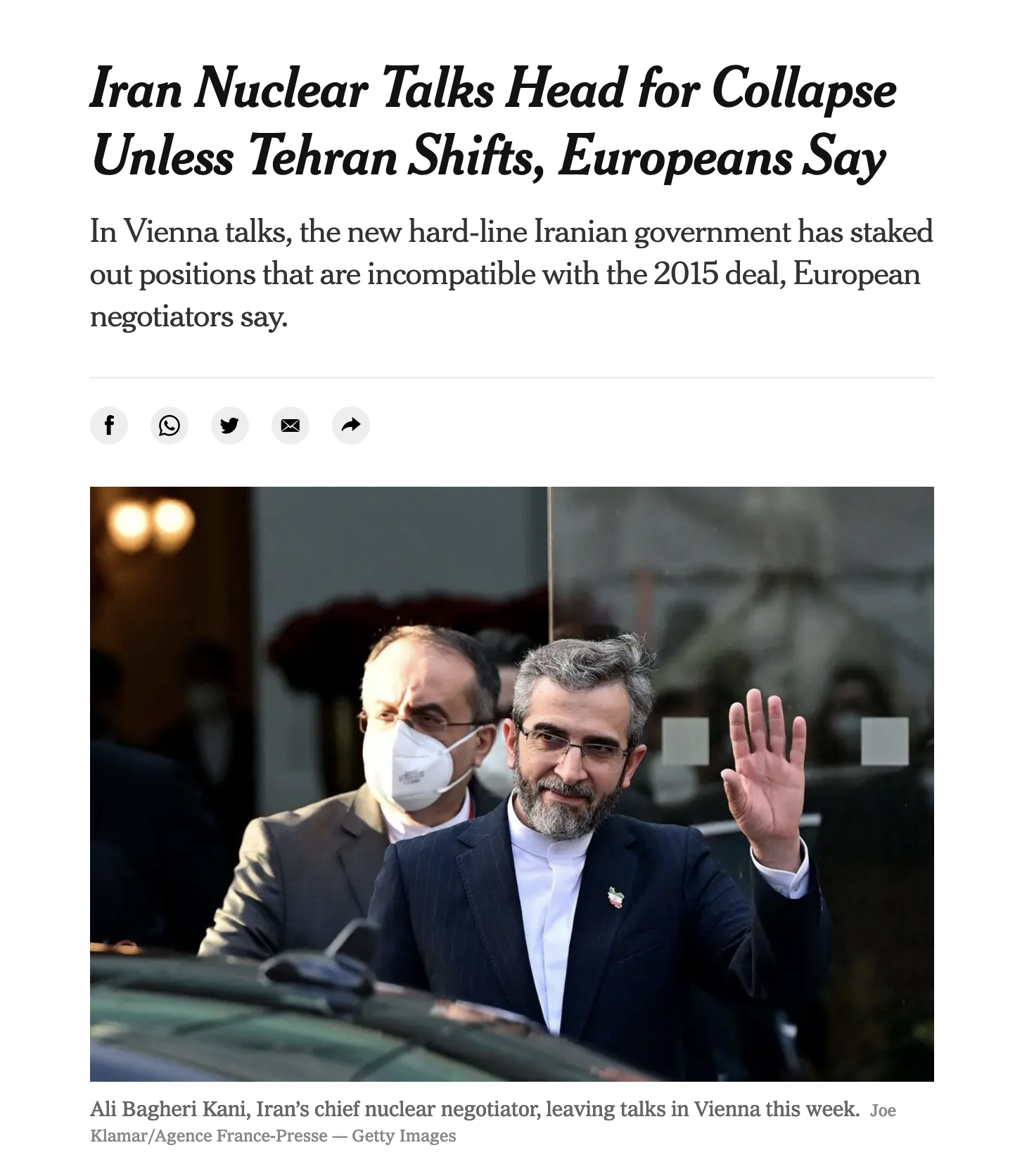 Iran, because of its populism, is strongly supportive of the Palestinians. Therefore, it is ideologically at war against Israel — not because of its Judaism, but because of its ethnic-cleansing of fellow-Muslims. Israel — not Judaism — is what Iran is opposed to. Iran, because of Iran’s past long history of being exploited by, first, British, and then American, imperialism, is passionately anti-Rhodesist. Consequently, the U.S. and UK regimes want to destroy Iran — and Israel is their chosen Rhodesist entity that fronts this U.S./UK/Israel operation.
And, therefore, we now have the present situation:
On December 2nd, Israel’s Jewish Chronicle (or “JC”) headlined “EXCLUSIVE: Mossad recruited top Iranian scientists to blow up key nuclear facility: 90 per cent of the plant's centrifuges were destroyed” in that 2 July 2020 explosion. The same day they also headlined “Israel to hit ‘head of octopus’ in covert attacks on Tehran”. Already on November 29th they had headlined “UK and Israel foreign ministers vow to work "night and day" to stop Iran developing nukes: Liz Truss and Yair Lapid sign agreement to take UK-Israel relations into a 'bold new era'”. These are Rhodesist operations, just as America’s operations to destroy Iran have been and are. There is no change under Biden. He, too, is Rhodesist, as his predecessors have been.
On December 3rd, the New York Times bannered “Iran Nuclear Talks Head for Collapse Unless Tehran Shifts, Europeans Say: In Vienna talks, the new hard-line Iranian government has staked out positions that are incompatible with the 2015 deal, European negotiators say.” It lied to imply that “the new hard-line Iranian government” was any different in its negotiating position than its predecessor’s, which was: Iran was demanding that the U.S. Government, which had broken the Agreement by cancelling its commitments under it, must first rejoin that Agreement, before Iran would make any concessions that would be in addition to that Agreement; and any such additional concessions by Iran (such as Trump and then Biden were demanding) would then be made ONLY in trade for additional concessions becoming simultaneously made by the U.S. Government. The EU (which essentially had been part of that existing Agreement the U.S. had abandoned) is a Rhodesist vassal entity, and Biden is just as much of a Rhodesist as was Trump before him, and even more than Obama was before Trump. America’s billionaires get the U.S. Presidents that they’ve bought (which is all of them post-1944), but it’s all actually part of the restored UK empire, in accord with Cecil Rhodes’s plan. That is the U.S. Deep State, and the UK Deep State, and the Israeli Deep State. And the Deep State in all of the vassal-nations.

Investigative historian Eric Zuesse is the author of  They’re Not Even Close: The Democratic vs. Republican Economic Records, 1910-2010, and of  CHRIST’S VENTRILOQUISTS: The Event that Created Christianity.