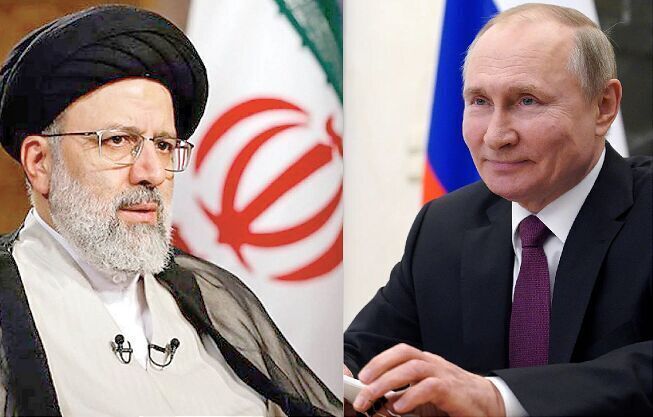 Of Iran's President Raisi visit o Russia. This quote is of a great importance:

A new Eurasia-led order encompassing the vast majority of the world’s population is a work in fast progress. China using Eurasia as the larger stage to upgrade its global role, in parallel to the fast-evolving Sino-Russian-Iranian interaction, carries larger than life implications for the Western gatekeepers of the imperial ‘rules-based order.’ The de-Westernization of globalization, from a Chinese point of view, does involve a completely new terminology (‘community of shared destiny’). And there are hardly more glaring examples of ‘shared destiny’ than its deeper interconnection with both Russia and Iran. One of the crucial geopolitical questions of our time is how an emergent, supposedly Chinese hegemony will articulate itself. If actions speak louder than words, then Sino-hegemony looks loose, malleable and inclusive, starkly different to the US variety. For one, it concerns the absolute majority of the Global South, which will be involved and vocal. Iran is one of the leaders of the Global South. Russia, deeply implicated in de-Westernizing global governance, holds a unique position – diplomatically, militarily, as an energy provider – as the special conduit between East and West: the irreplaceable Eurasian bridge, and the guarantor of Global South stability. All of that is at play now. It is no wonder that the leaders of the three main Eurasian powers are meeting and holding discussions in person, within just a matter of days. As the Atlanticist axis drowns in hubris, arrogance, and incompetence, welcome to the lineaments of the Eurasian, post-Western world.

Read the whole thing at Saker's blog. It is written by a man with a keen understanding of the region.  It also adds to the picture which Western "elites" must grasp in order to survive in one form or another: Russia made a decision to break off the combined West long time ago, we are just seeing this decision being carried out. Combined West is not West it used to be anymore and is morally, culturally and intellectually malignant. I was on record for years calling for a new Iron Curtain in order to prevent the spread of a social disease from the decomposing West. At this stage I don't see how Western Europe could be saved, considering who runs it and majority of its population still believing that the gravy train of EU "socialism" and welfare may accelerate yet again. It will not, it is in a process of grinding to a complete halt with no chances moving ever again--mechanisms are broken down and there is no fuel to run it. It is basic modern economy logic. I mean real economy, of course, not a BS of stock exchanges and currency speculators.