Who REALLY Bombs Kindergartens in Donbass?

As usual, Western media is obeying imperial orders by giving saturation coverage to a false flag engineered by Western assets.

February 19, 2022
Please make sure these dispatches reach as many readers as possible. Share with kin, friends and workmates and ask them to do likewise. 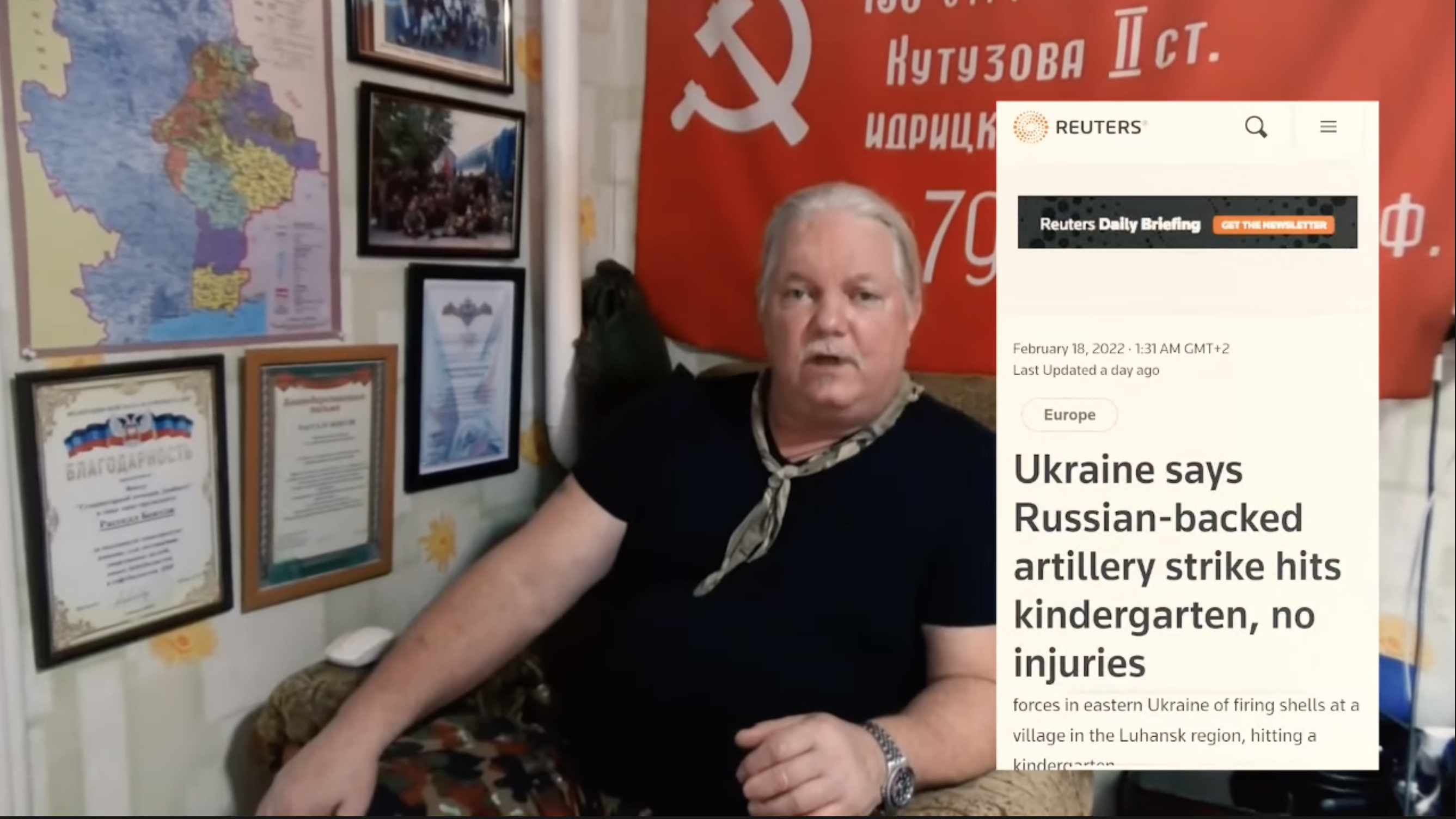 Russell Bentley
Ukraine propaganda released a fake news false flag infowar attack yesterday, about a kindergarten being shelled. What's the truth? Who really did it and why? Keep up with the latest news from the Donbass War here, with Russell "Texas" Bentley!

Filed 19 Feb 2022
Note: The DPR declared its independence from Ukraine in 2014 (alongside the Luhansk People's Republic and the Republic of Crimea) after the 2014 Ukrainian US-engineered coup (referred to in the West as "the Ukrainian Revolution" in disinformation lingo), handed over the country's reins to a gang of corrupt oligarchs, extreme rightwing nationalists and neonazis.  The purpose of the coup was chiefly strategic, to advance the US capability to threaten and break up Russia, while also grabbing the critical naval base of Sevastopol in the Black Sea. An ongoing armed conflict between Ukraine and the DPR and LPR followed their declarations of independence.

Nothing is absolute. Even some commercials can be amusing. Even great.

Chomsky’s libertarian/anarcho-syndicalist mentality has undermined, if not denied, his credibility as an anti-imperialist.