They could still solve this issue, but they won't, and their brainwashed herd is baying at the wrong people.

May 13, 2022 7 minutes read
Be sure to circulate this article among friends, workmates and kin. 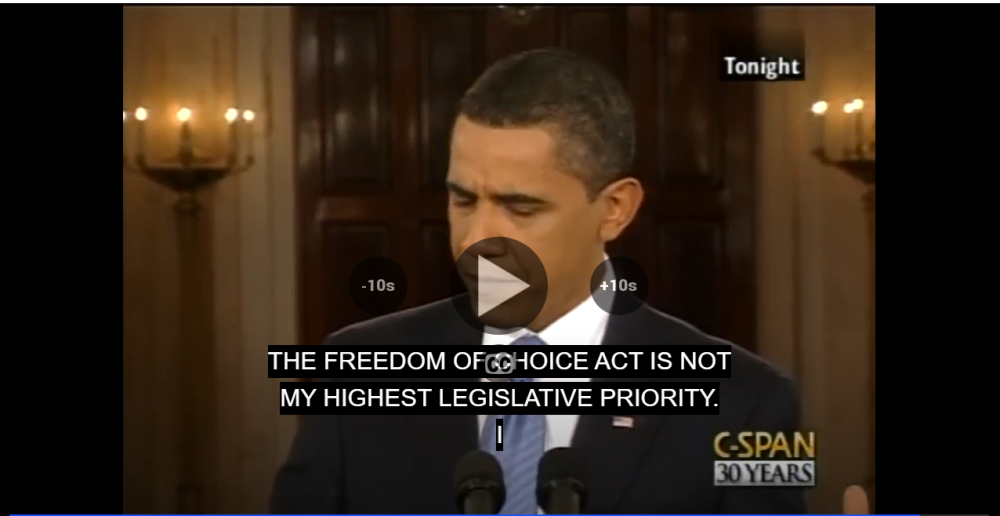 The revelation that the Supreme Court is poised to overturn the Roe v. Wade decision has not motivated left-wing Democrats to effectively mobilize on an issue they claim to care about. They are made powerless by their dependence on liberalism and loyalty to people like Barack Obama who undermine them.

On May 2, 2022, a memo written by Supreme Court Justice Samuel Alito was leaked to Politico.com . Alito made clear that the court with a 6 to 3 conservative majority intends to overturn the 1973 Roe v. Wade decision which made abortion legal in the United States.

Reaction to the news was swift and predictable. Liberals expressed outrage and marched on Federal courthouses and even to the homes of Supreme Court justices. Barack Obama released a long-winded 700-word statement declaring himself, and his wife, strongly opposed to the court’s imminent decision. The statement is amusing because it gives the impression that Obama had nothing to do with the current state of affairs.

As a presidential candidate in 2008 Obama promised to sign the Freedom of Choice Act , which would have codified abortion rights into federal law. But once in office he never pushed Congress to pass it. In typical Obamaesque fashion he would claim to believe that women had the right to choose abortion, but that he didn’t want to demonize the opposition, and he wanted to find consensus on the issue. After his usual routine of “on the one hand this, but on the other hand that” on April 29, 2009 he finally said out loud what was clear. “The Freedom of Choice Act is not my highest legislative priority.” It wasn’t even his lowest legislative priority. Obama never lifted a finger to get it passed, even in his two years in office when he had majorities in the House and the Senate.

Knowing full well that Roe v. Wade hinged on having a supportive Supreme Court in place, he dithered on doing what he had the power to do. In 2013 he knew that the Democrats might lose control of the Senate in the 2014 election. He asked Justice Ruth Bader Ginsburg, already 80-years old and a cancer patient, to step down. She declined and he didn’t press the issue. In 2016 conservative Justice Antonin Scalia died and Senate Republicans refused to even hold hearings to confirm Obama’s nominee Merrick Garland. Obama had the option of making a  recess appointment that would have put Garland on the court but he didn’t do that either. Such a move would have been controversial, and perhaps Garland’s presence would have been short, but it would have made clear that democrats were as committed as they claimed to be on the issue of abortion rights.

Instead, they play games with Democratic voters. Any unhappiness with the democrats is met with the plea to protect the federal judiciary from conservatives. This ploy is nothing but a cynical effort to keep left leaning democrats in the fold and to discredit anyone who questions the party’s continued failures to do what the people want them to do.

Now the liars and hypocrites like House Speaker Nancy Pelosi who once claimed abortion was a “fading” issue are sending fundraising appeals to brainwashed liberals who will again write checks and declare their devotion like Stockholm Syndrome hostages. Hillary Clinton’s foolish appeals to conservatives included choosing anti-choice Senator Tim Kaine as a running mate and at times saying she was “ambivalent ” about abortion are now forgotten as the supposed left of the party remains lost.

They are lost because they don’t know the most basic rules of political mobilizations. Instead of harassing SCOTUS justices at home, they should be harassing their Democratic representatives. Why march to a courthouse instead of to the office of Democratic member of Congress and demand that they make abortion legal? In particular, senators have the ability to end the filibuster which would give the Senate the ability to pass a Freedom of Choice Act with their small majority margin. Every Democratic senator should be quaking in his or her boots for fear that they’ll be turned out of office if they do not act to protect abortion rights.

Of course, they know they have nothing to fear. They know their people have been brainwashed into ineffectiveness and are incapable of showing even minimal opposition to their inaction. After all, Joe Biden announced that $40 billion is going to Ukraine, or rather to the military-industrial complex, with no pushback from people who always claim to be progressives. While MAGA hat-wearing right-wingers are said to be propagandized, liberals again show themselves to be even more happily captive to their leadership.

Congressional Black Caucus (CBC) members are no more useful than the rest of their colleagues. Congresswomen Barbara Lee and Cory Bush tell stories about the abortions they had as teenagers. The entire CBC weighed in with a statement claiming concern for “marginalized communities” and “women of color” while also bemoaning the actions of “the far right.” But none of them have offered a strategy for doing what they and the rest of the Democratic party have the ability to do, legislate abortion protection.

Personal stories are a poor substitute for action and so are the usual rhetorical fights with conservatives. But rhetoric is all we have as abortion rights will surely disappear across much of the country. Obama admitted the low priority for this and other issues of importance to Democratic voters. Joe Biden is no different. As long as what passes for a left-wing is in the hands of cynical politicians and deluded liberals, we can expect more of the same.