In the current clash of civilisations, the main Line of Contact remains the West's huge disinformation machine.

September 2, 2022 7 minutes read
Please make sure these dispatches reach as many readers as possible. Share with kin, friends and workmates and ask them to do likewise.

by Asia Teacher for the Saker Blog 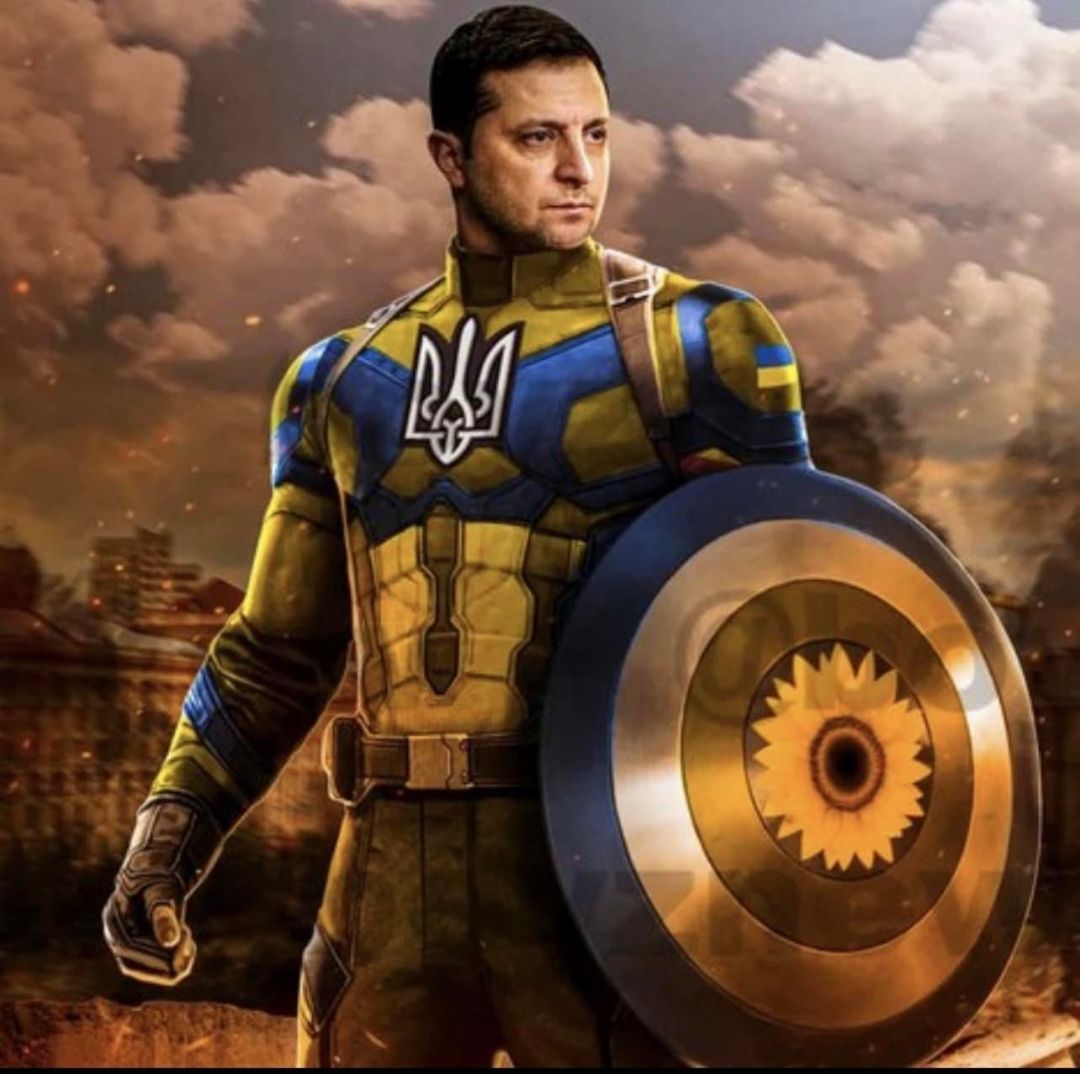 As President Zelensky attains celebrity media status, revered by western political leaders and Hollywood’s glitterati all jostling for a photo shoot, let’s not forget the propaganda behind it and the consequences now beginning to emerge.
The western propaganda we’re currently experiencing is nothing new. Today’s President Putin joins yesterday’s Middle East “monsters” as current Ukrainian Nazi militias become “freedom fighters” and the Russians become “Nazis.” Likewise, the previous Middle Eastern terrorist groups became “moderate Islamist” but only if they were fighting for a US-led NATO in Iraq and Syria. Yet such is the power of belief on an already stupefied majority western population that it’s become factual.

In our upside-down world, reality has long vanished to 15% of our western leaders who regard themselves as the “international community.” On August 24th, only 54 countries out of 193 supported a UN resolution that condemned Russia for not stopping its intervention in the Ukraine, which begs the question of why, if the majority population loathe today’s western politicians, do they passionately and often even fanatically believe their every word?

Supplying weapons and financial aid to the Ukraine which enables Russia to get bogged down in an endless war with mounting casualties, coupled with sanctions to bring down Russian middle-class living standards is just another attempt at regime change. Moreover, having failed to control the Middle East oil producers, it has not gone unnoticed that Russia is itself a major gas and oil producer.

Bathsheba Crocker (what a name, you can't make this up!), US Ambassador to the UN warned in the New York Times on February 21st before the incursion occurred that Russia had a ‘hit list’ of people destined for arrest, detention and torture including “vulnerable populations such as religious and ethnic minorities and LGBTQI+ persons.” How she knew that is not explained, but the inclusion of homosexuals as a vulnerable group now appears mandatory in any media story.

From allegations presented as facts by Ukraine’s Human Rights Commissioner Lyudmyla Denisova and picked up by The British Daily Mail and the US New York Times in May, of multiple repeated child rapes and murders near Kiev. Meanwhile, Newsweek also in May ran the headline “Russians Targeting Kids’ Beds, Rooms With Explosives: Ukrainian Bomb Team”; what kind of sick minds dream this up?! Although written in a news format, both headlines carried disclaimers that the content remained unverified. In which case, why report it as news? One assumes that in time these stories will join Saddam’s weapons of mass destruction and the Ghost of Kiev hoaxes.

The problem with current western propaganda is that it relies on sensationalism and each manufactured story must outdo the last to retain its WOW effect. In today’s world, neighbors Poland and Slovakia propose building an oil “peace pipeline” as opposed to what Polish President Morawiecki refers to as the German Nordstream “war pipeline.” Meanwhile, debate continues to rage over why Russia is shelling itself in the Zaporizhzhia nuclear power plant with American-made missiles and fragments of US HIMARS missiles found in Yelenovka, where 57 Azov prisoners died and 130 were wounded whilst giving testimony for the upcoming War Crimes trials. Getting rid of the evidence?

Who will western politicians blame if the weapons they’re sending to the Ukraine are responsible for another Chernobyl type incident as inspectors from the International Atomic Energy Agency arrive at the Zaporizhzhia nuclear power plant and before entering suggest the facility be handed back to the Ukrainian authorities. Am I the only one aghast at the thought of a nuclear plant in the hands of the Ukraine armed forces which number Neo-Nazi militia battalions in their ranks?

That the Ukraine is not about freedom and democracy but Russian regime change isn’t a well-kept secret. A year before the 2014 overthrow of Yanukovych, Carl Gershman, Director of US NGO National Endowment for Democracy (NED) had already stated: “Ukraine is the biggest prize … If it could be pulled away from Russia and into the West, Putin may find himself on the losing end not just in the near abroad but within Russia itself.” More recently, on the first of March 1st 2022, a spokesman for the British Prime Minister said, “but the measures [sanctions] we are introducing, that large parts of the world are introducing, are to bring down the Putin regime.” Or as Bruno Le Maire, French Minister of the Economy and Finance stated, “We are going to wage a total economic and financial war on Russia.”

Conversely, the opposite has happened. At the beginning of the intervention the ruble stood at 85 to the dollar. Yet today it’s 61.35; in other words, the ruble is actually strengthening against the dollar. No matter the amount or severity of sanctions, major oil producers, despite what any other calamities befall them, do not go bankrupt.

That the Ukraine is not about freedom and democracy but Russian regime change isn’t a well-kept secret. A year before the 2014 overthrow of Yanukovych, Carl Gershman, Director of US NGO National Endowment for Democracy (NED) had already stated: “Ukraine is the biggest prize … If it could be pulled away from Russia and into the West, Putin may find himself on the losing end not just in the near abroad but within Russia itself.”

Yet six months into the incursion, the adverse effects of sanctions on energy and industrial fertilizers are becoming all too visible in the west. Soaring inflation and food prices, record bankruptcies and huge energy price increases as millions of Ukrainian immigrants flood into an already weakened and recession hit Western Europe. Who will blink first?

Although the west is currently in dire social and economic straits, removing President Putin and replacing him with another 1990’s Yeltsin-type puppet would be a major boost for the west and Wall Street of course.

In our highly technologically advanced western societies, cheap energy and lots of it is why we exist as first-world societies. The alternative and sustainable green energy myth hasn’t happened as it doesn’t exist. If we take away our lifeblood support, what we’re beginning to experience is a terminal collapse. Despite the political pessimism and hype, when the present situation comes to an end our economies are not going to bounce back, the lost jobs aren’t going to return and inflation will not magically return to near zero. This is it, the final battle of civilizations and personally, I can do without identity politics, the homosexuality agenda, drug and crime epidemics and open borders.

Asia Teacher is a UK citizen, retired teacher of English plus Social and Political Science.