Home RUSSIA DESK Cruisin’ for a Bruisin’, or, Don’t Spit in the Well

Cruisin’ for a Bruisin’, or, Don’t Spit in the Well

Published: November 27, 2022Last Updated on November 28, 2022 11 minutes read
Please make sure these dispatches reach as many readers as possible. Share with kin, friends and workmates and ask them to do likewise.

By Batiushka for the Saker blog

‘The Ukrainian people will be liberated from their Neo-Nazi rulers, they deserve to live as friends and good neighbours and prosper alongside their Slav brothers’. 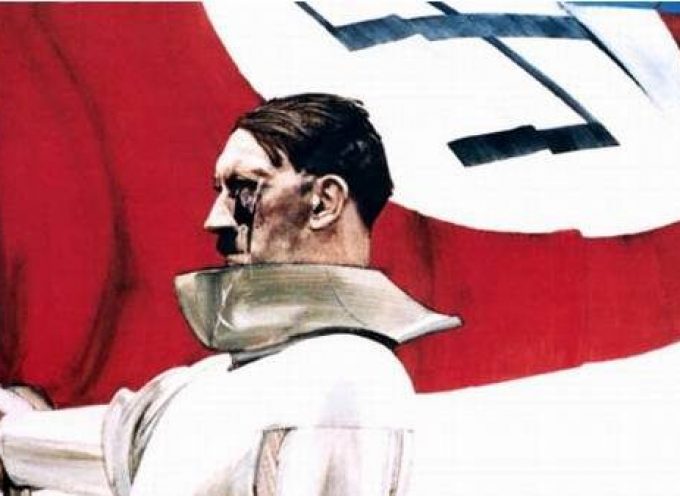 There is such a thing as retribution. This is what it says directly in the verse, ‘Vengeance is mine; I will repay, saith the Lord’ (Rom. 12: 19) and what lies behind the New Testament, ‘Do as you would be done by’. However, other cultures have other words for retribution, ‘karma’ for example in India. Then there is the proverb, similar in several languages, which in English appears as: ‘Sow the wind, reap the whirlwind’. (See Galatians 6: 7). Then there is another saying which is also pretty universal. The Maltese form says: ‘Don’t spit in the air’ – there is no need to quote the second half – you can imagine the spit falling back onto the spitter.

In Russian we have the same proverb, only that is to do with spitting in the well – since you might yourself need to drink the water. Others quote: ‘What goes around, comes around’. Australians and others speak about ‘the boomerang effect’ and Americans speak of ‘blowback’ and ‘payback’. The fact is that there is a universal spiritual law, the law of cause and effect, that when you do something good, there are always good consequences, and when you do something bad, there are always bad consequences. Sooner or later. Anyone who has lived a little can confirm it from experience. Basically, you simply cannot get away with it. And this is what is happening to the Western world today. It’s payback time.

I mention consequences because the history books of the future will be asking the question: ‘Where did the perfect storm in the Western world in 2022 come from’? One thing for sure, it did not come out of the blue. Any number of dates will be put forward as the origin, as far back as 1492 and even further back, for instance, the First Crusade in 1096. From more recent dates we could suggest:

1917, when after nearly three years the US elite entered the first part of the Europeans’ twentieth-century Civil War, having forced Russia out of it through violent regime change. To this day these utterly corrupt Western propagandists justify this cunning strategy by declaring that the Tsar’s government was utterly corrupt (sic!) and going to collapse anyway (sic!) and all were well rid of it (sic!). Some people actually believe that propaganda. They should investigate it objectively, instead of naively swallowing the West’s self-justification for creating the conditions for its genocide.

1944, when US forces invaded and occupied Continental Europe, making it into the first US-occupied Eurasian peninsula, just as they later did with other Eurasian peninsulas, (South) Korea, and (South) Vietnam, in the latter of which they were defeated.

1991, when the USSR collapsed and was (briefly) colonised by the US, leaving chaos and poverty with Chicago-style gangsters everywhere and millions dying of despair and drinking themselves to death.

2014, when the US took over the Ukraine in a violent regime-change coup.

2021, when the US was humiliated in Afghanistan.

2022, when the US clearly began to lose against Russia’s war of liberation of the Ukraine, its equipment and its relations with Western Europe in ruins.

We will leave other dates and the details of the debate to the history books of the future. But the debate will be there, you’ll see. However, beyond the detail that we can leave to the disputes of the academics, the main question that future generations will be asking is: ‘However did the Western world think it could get away with it?’ Where did its delusion come from? These are the questions I will be trying to answer below.

Losing the War in the Ukraine

The US lost the war in the Ukraine the day it began. Russia had been preparing for it for eight years. Ever since, the US and its vassals have just been prolonging the agony by financing a Nazi regime, supplying it with arms, training its troops and sending it paid-for mercenaries. Pessimists see the agony now dragging on for years and years, whereas optimists think it will be much shorter, just a couple of months more. I would like to think the optimists are right, but I actually go along with a more pessimistic ‘another eighteen months’. I hope I am wrong. Every day is a day too long. The fact is the US elite will have to put a lot of effort into face-saving. They hate losing, even though they lost in Vietnam, Iraq, Afghanistan, Syria etc.

Backing down from the confrontations they began and chaos they caused is not something they like doing. But when the last US helicopters take off from the roofs of the US embassies in Kiev and Lvov, we shall see. Last Friday an electrician near Kiev said to my friends there: ‘This war is horrible. And it’s only going to get worse. There’s only one solution. We’ll line up all the politicians from the Rada (Parliament) and shoot them. Then peace will come immediately’. I am told from Kiev that there are more and more Ukrainians saying the same thing: there must be a popular revolt to stop it all. Get ready for it there and, at the rate things are going, get ready for the same thing in Western countries as well.

In the longer term, however, there is the much more serious problem for the US of losing Europe. The national slogan of the Ukraine since 2014 has been: ‘The Ukraine is Europe’. This is of course nonsense. Geographically, the Ukraine, like the Russia where most Russians live, is obviously Europe. Indeed, most European territory is inside Russia. Of course, what the Kiev regime means is that the Ukraine belongs to Western Europe, the EU, only it does not say that. This is because it obviously does not belong there, apart from the small region of Galicia which is now in the far west of the present borders of the Ukraine, formerly Poland, formerly the Austro-Hungarian Empire. In 2014 the EU actually dismissed the Kiev fantasy, telling it that Ukrainian membership of the EU might be consideredin 25 years’ from then.

The nonsense about ‘the Ukraine is Europe’ reminds me of a visit to Moldova five years ago. All official buildings flew the EU flag and that was in a country that is not part of the EU and never will be. In other words, ‘The Ukraine is Europe’ is a political daydream, a fantasy. Today, as a result of US incompetence and its lickspittle poodle UK enthusiastically blowing up the Nordstream pipeline, as though that were a present to Germany, we can see that although the Ukraine is not Europe, Europe is fast becoming the Ukraine. In other words, Europe is being corrupted by US political intrigues, being sucked into the same black hole as the Ukraine, without finance, heating, lighting and sewerage. In the words of that old Eastern European joke: ‘Which are the two most corrupt countries in the world? Lithuania is first and the Ukraine is second. But only because the Ukraine bribed Lithuania to take first place, so that it could be second’. Well, today the whole of Europe is being Ukrainianised. Well done, US/UK/EU elite!

At one time the dollar was the world’s reserve currency. Today the world is being dedollarised, as countries sell dollars and US treasury bonds and trade in their own countries. After all, who wants to invest in a deindustrialised country which may illegally confiscate (= steal) your assets, gold reserves included, whose currency is not underpinned by gold, but only by printing presses, and whose national debt totals 31 trillion dollars, nearly all of which has been accumulated in the last forty years?

After 500 years of bullying the rest of the world, with the genocides of the native peoples of the Americas and Australia (100 million dead?), the manipulations of imperialism, colonialism, slavery, the Opium Wars, the salt hedge in India, the massacres in the Belgian Congo and in German South-West Africa, the bloodiest Western War in history which it called two World Wars (70 million dead), the carpet bombing of Korea, the French massacres in Algeria, the US genocide in Vietnam, uranium-tipped shells in Iraq and Yugoslavia, the pillaging of Eastern Europe and Russia under Western-appointed puppet governments, the war you started in the Ukraine and the mass of arms you are supplying Ukronazis with. However did you think you could get away with it? Where did your delusion come from? Because you came to believe in your own lies. You are delusional.

I do not fear the civil authorities in Western Europe and their death-threats. I fear only the traitors to Russia, who in fact are CIA assets. I fear today’s traitors, who want to make money from this war or have endless zoom meetings with their American masters and let people be massacred by the Gestapo Nazis from Kiev, trained by the CIA and MI6. True, there are fewer of those traitors than there were. Now I will tell you too: You will not get away with it. There are forces at work which are far greater than any of you. ‘The Ukrainian people will be liberated from their Neo-Nazi rulers’. Yes, they will be liberated, just as the German people were liberated from their Nazi rulers, but at such a price. I tremble for you traitors, because your end is coming too. For everything you have done, you will have to repay. Did you really think you could get away with it and that payback time would never come? You spat in the well? Now you will have to drink from it.

ABOUT THE AUTHOR / SOURCE
Batiushka prefers to remain anonymous.

Clearly an editorial oversight on our part. It’s been corrected! Thanks for pointing it out.