Russian Gains, US Gears Up for Crimea Escalation, US Proxies Strike China/Pakistan in Train Bombing

The Anglo-Americans are making the war global. Meantime, the American people don't have a clue.

January 24, 2023 3 minutes read
Please share this article as widely as you can.

Russian Gains, US Gears Up for Crimea Escalation, US Proxies Strike China/Pakistan in Train Bombing 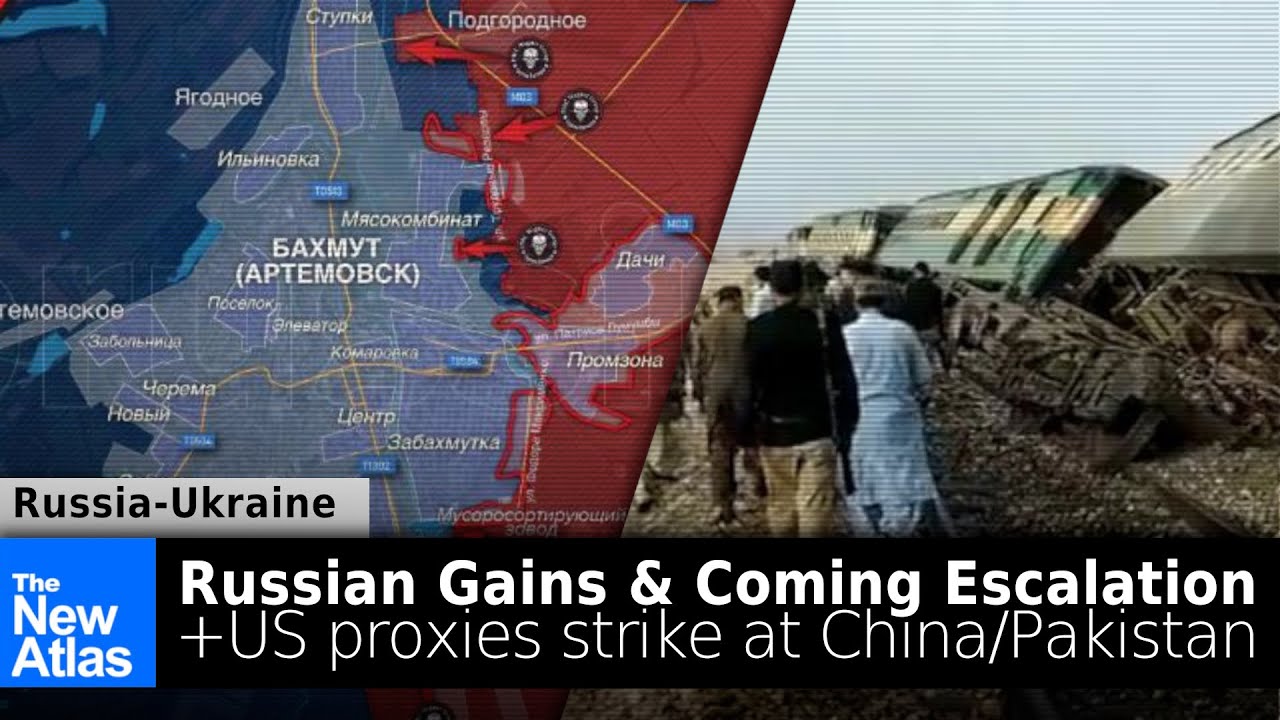 Update on Russian-Ukrainian conflict for January 23, 2023
•Pakistan train bombing as part of US proxy war on China. -
•Russian forces are reportedly advancing in Zaporozhye while Ukraine continues losing ground around Bakhmut; -
•Russian pushes in Zaporozhye could be (1) recon in force, (2) extending existing security zone ahead of actual Russian front line or (3) spoiling attacks on forces assembling for a future offensive; -
•Ukrainian losses are severe and Reuters is reporting on supposed warnings by the US to Ukraine about going on the offensive; -
•Weapon shipments have been announced for Ukraine including a significant US DoD package, as well as all of Denmark’s Caesar self-propelled howitzers and all of Estonia’s FH-70 towed howitzers; -
•A recent bombing targeting a train in southwest Pakistan is part of a long-term proxy conflict waged by Washington against China and its Belt and Road partners; -
•The US has promoted separatism in Pakistan’s southwest region of Baluchistan for years specifically to block Chinese-Pakistani cooperation and development.

ABOUT THE AUTHOR / IN HIS OWN WORDS
I am Brian Berletic and for several years I have run the alternative news blog, "Land Destroyer" under the pen name "Tony Cartalucci." Now that I have revealed my identity I can do more work and more openly, including videos.
I have a new website, The New Atlas, and my YouTube channel has been switched over to "The New Atlas." I will still be updating my old blog as a back-up.
A former Marine, Brian Berletic is now working as a military geopolitical analyst in the service of anti-imperialist publics.