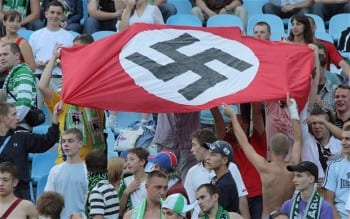 As geopolitical analysts from across the board explain, the Ukrainian coup has been deliberately provoked by outside agents to promote a combination of US, EU, NATO and IMF interests. Perhaps more worrying than the interference itself are its potential implications. As Russia’s every move is now being scrutinized for a possible military response to the ongoing crisis, the specter of a larger military operation now hangs over Eastern Europe.
WATCH VIDEO BELOW

Ukraine? Russia? Keep Your Eyes on the Prize