Home ANTI-CORPORATISM If the Chinese don’t believe in democracy, do they believe in meritocracy?

If the Chinese don’t believe in democracy, do they believe in meritocracy?

HELP ENLIGHTEN YOUR FELLOWS. BE SURE TO PASS THIS ON. BREAKING THE EMPIRE'S DISINFORMATION MACHINE IS UP TO YOU.
By Robin Daverman, World traveler / Quora

It’s both. It’s neither. It’s situational. It’s somewhat relevant but not the main concern. Basically, you look at things through a dogmatic lens, and the Chinese (at least, the main political culture of China) look at it through a practical lens, so you are look at things from a different angle.

The Chinese “belief” can be demonstrated by the simple social experiment below:

Then you go back, put your household trash in a cart, go to the town square, dump the trash in the middle, and yell, trash in the street! Who wants to help me clean up the trash? Observe.

In Norway 80,000 out of 5 million citizens, including both the Prime Minister and the Crown Prince, will jump in to clean up the trash. The Prime Minister participated on Beach Cleaning Day - Norway Today This is where democracy is organic and cultural. 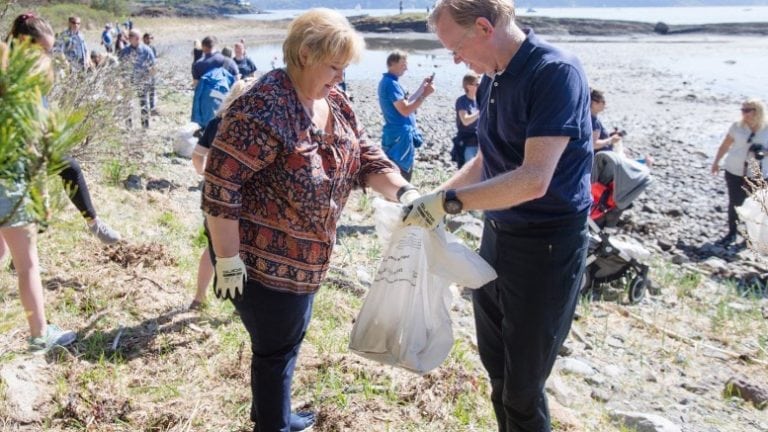 The reality is that not every place is like that. In both China and the US that may happen in some places, but not in most of the places. If everybody wants the free popsicle, but nobody will pick up the trash, and you give everyone equal vote, guess what’s gonna happen to your town? It’s going to become a dump!

If there’s one thing that the whole world agree about China, it’s that they are practical and realistic. To say that the guy who helps you picking up the trash is equal to the guy who only want free popsicle is simply not true. If you actually live in this town, even if you have only one guy who will step in to pick up the trash, that one guy is worth more to you than the one hundred free-popsicle takers. So whether it’s one guy, or a handful of people, or everybody, doesn’t matter. What matters is that all the guys who participate in “how should we manage public good” are those who run up to pick up the trash, and NOT those who only want free popsicles.

China is apatheist. It doesn’t have the concept of “God-given Rights”. Your “right” is my obligation, and vice versa. If you don’t stand up to defend my “right”, why should I stand up to defend your “right”? Neither does it have the concept of a “God-anointed king”. The original concept for an emperor came from the need for a civil-engineer who could organize the people to deal with annual flooding. Confucius described one of the basic duty of the earliest emperors (at ~ 2,000 BC) in Chapter 20 of the Analects (dated ~ 500 BC) as:

which means “if people become poor, your good luck to rule will be forever revoked.” Well then, what is the emperor’s responsibility, and what are the people’s responsibilities?

It means that for the emperor, “my fault should not be shouldered by my people, but the fault of my people is ultimately mine and mine alone.” 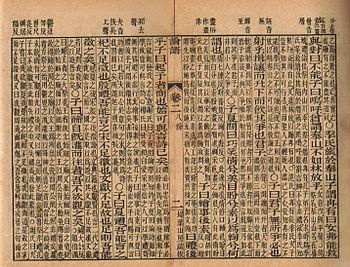 So you see, the whole reason you need a government, is to have someone who shoulders the responsibilities of picking up trash, managing disaster relief, reducing poverty, and educating the people. These concepts are so old, and so ingrained in the Chinese culture, that they are literally the Common Sense.

To say that China is a democracy is over-simplification - because China always believed that “we will practice democracy among people who pick up trash, and we’ll be authoritarian among people who only want free popsicles.” From 5,000 years ago to today, every year, hundreds of millions of people face annual flooding of the major river systems, and they have to choose - do you stay home to protect your own property, or do you go work on the common dam which can be both dangerous and backbreaking. The guys who come for free popsicle or the guys who come to pick up the trash. Your own survival depends on it. 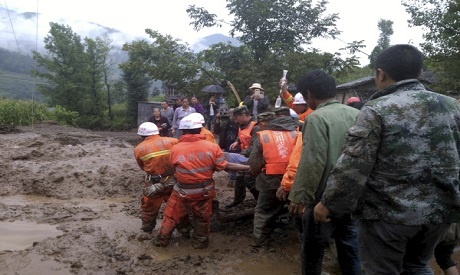 To say that China is meritocracy is actually also over-simplification - because China really only train people in statecraft after they have proven their moral characters, like giving blood and donations, volunteer for tree-planting, be nice to your parents and your teachers. People in power are monitored and investigated their whole lives. This goes all the way back to the first Imperial examination in Han Dynasty in 200 BC, where a scholar needed the local official to certify that he showed “filial piety” to his parents, and his teachers to say that he was honest and respectable, before he was allowed to take the exam. Or else what? You want to train the assh*les to screw you faster? Nah, the Chinese weren’t that stupid.

The Chinese political system defies conventional classification, because their 'Conventional Wisdom' simply does not align with the Western one.

About the Author
Robin Daverman is a world traveler comfortable with ambiguity.
Think!

Why China and the United States must have...