The American Empire Preps for a US Space Force

At a meeting of the newly-revived National Space Council, President Donald Trump announced the  Space Policy Directive:  National Space Traffic Management (STM) Policy and ordered the Department of Defense to establish a Space Force as a sixth branch of the US military - although creating a ‘separate but equal’ Space Corps would need Congressional authorization.

Under the guise of a ‘space junk directive’ to clean up a “congested and contested” cosmos that promises to keep the MIC fat and happy; at the same time make space safe for the up-and-coming commercial space industry (CSI), the Directive suggests an overly-ambitious mission of broad, wide-ranging goals with no time schedule or funding. 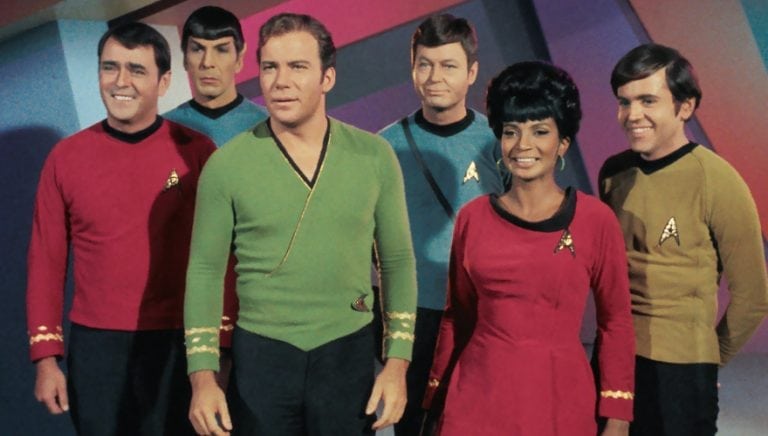 US "ownership" of outer space has long been advanced in the popular culture. The heroes in Star Trek, though supposedly representing a sort of interplanetary United States-led federation, are essentially mostly a projection of American power to the limits of the universe. Like MASH, the show projected an idea of American goodness and benevolence in all interactions with foreigners.

Specifically, the Directive provides a role for the DOD “to protect and defend US space assets and interests’ and I am still trying to wrap my mind around how the Director of National Intelligence will provide a Space Situational Awareness (SSA) of ‘knowledge and characterization of space objects.” Further expounding on the US role in outer space, Trump added  “..our destiny, beyond the Earth, is not only a matter of national identity, but a matter of national security.  We must have American dominance in space.”

As the US presumes to act on behalf of other countries on the planet and commercial space endeavors which might someday launch a satellite up into the wild, blue yonder, the Directive proposes to establish operational criteria with the assumption that all players will accept the Empire’s dominance and happily follow their every command.

Opposition within the Trump Administration has not been reticent with Air Force Secretary Heather Wilson suggesting that "The Pentagon is complicated enough.  This will make it more complex, add more boxes to the organization chart, and cost more money."

In an October, 2017 letter on the NDAA 2018, Defense Secretary James Mattis commented:

“I oppose the creation of a new military service and additional organizational layers at a time when we are focused on reducing overhead and integrating joint warfighting functions.”

And in a later letter to Congress, Mattis reiterated “ I do not wish to add a separate service that would likely present a narrower and even parochial approach to space operations,"

Despite Pentagon opposition, an administration witness told a recent House Armed Services subcommittee that  “the President has prioritized space. He recognized the threats that have evolved and the pace at which they evolve.”  In March, the president endorsed a Space Force during a White House ceremony with “we’re getting very big in space, both militarily and for other reasons” suggesting that the true purpose of a Space Force may be more than the equivalent of a celestial traffic cop.

According to the Union of Concerned Scientists, there are 1,738 operational satellites with 803 US satellites in orbit (476 commercial, 150 government, 159 military and 18 civil).  Russia has 142 operational satellites and China has 204.   There are also 2,600 non-functional human-made satellites, most of which weigh less than 5 tons and fly in a low orbit specifically programmed to burn out and fall to earth after 25 years.

It is difficult to conjure up the effects of a ‘growing threat’ from ‘human-made’ orbital clutter and debris floating the infinite vastness of outer space as cosmically significant enough to qualify as a national security risk or that US global dominance is required to sweep the cosmos clean of said debris.  Perhaps, however, the President is referring to something other than debris and clutter.

While outer space is a wide-open, limitless expanse full of life that remains as clandestine as any black ops project. global citizens no longer members of the Flat Earth Club are familiar with the noteworthy increase of reported extra terrestrial activity across the planet.   While UFO’s are part of the lexicon, having evolved from folklore to real time events, government secrecy abounds.

Especially intriguing are former astronauts who have commented on their experiences as well as members of the US military who have described sightings that move at very high velocities with no visible signs of propulsion or that hover with no apparent means of lift and can change direction or speed on a dime.

A black ops until it was revealed in December, 2017, the Advanced Aviation Threat Identification Program (AATIP) which prepared a 500 page document of worldwide UFO sightings, was Congressionally funded by former Senator Harry Reid (D-NV), home state of Area 51.   In a CNN interview, retired AATIP director Luis Elizondo who resigned in protest over ‘excessive secrecy’ said “my personal belief is that there is very compelling evidence that we may not be alone.”

Two events that dared challenge the government’s decades of secrecy with open disclosure were two press conferences at the National Press Club featuring retired military personnel providing public comment on their direct experiences with an extra terrestrial world in their official capacity.  The first press conference occurred on September, 10, 2001, one day before the 911 attacks and another on September 27, 2010.    Both press conferences were organized by Dr. Steven Greer of the Disclosure Project who also produced the videos Sirius and Unacknowledged.

In responding to the Directive, Greer said he has been “talking about this for years and has spoken to multiple witnesses who said that at least since the 1960s the US has had military assets in space. They (Trump administration) are acknowledging something that is already there. However, what is not being talked about, even now, is that those military assets are tracking and targeting ET craft.”

On the edge of human consciousness lies a more subtle, less obvious presence than the usual political adversaries as the US continues to lay specious claim to ownership of Outer Space.   Since the Roswell crash in 1947, the US has maintained a committed disinformation campaign to withhold truth from a disempowered citizenry – a truth that would empower those who have been blind to the government’s deception and a truth that would challenge the carefully crafted, familiar world we call reality.

Renee Parsons served on the ACLU’s Florida State Board of Directors and as president of the ACLU Treasure Coast Chapter. She has been an elected public official in Colorado, an environmental lobbyist for Friends of the Earth and a staff member of the US House of Representatives in Washington DC. She can be found on Twitter @reneedove31

Blum’s Anti-Empire Report: Why do they flee?