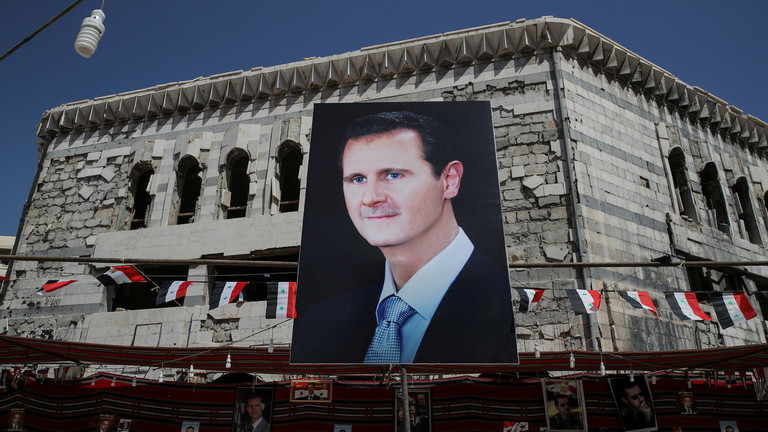 London, one of the staunchest opponents of the Syrian President Bashar Assad throughout the whole Syrian conflict, has admitted that the Syrian leader is not leaving power anytime soon… and said Moscow is responsible for it.

“Regretfully, we do think he [Assad] is going to be around for a while,” British Foreign Minister Jeremy Hunt said in a frank comment to Sky News during his three-day trip to Asia. However, he also clearly showed that the UK, which called on the Syrian president to be removed from his post on numerous occasions over the last years, is not quite ready to just put up with such reality.

SIDEBAR
UK’s Foreign Minister has the audacity to admit his country’s meddling in Syria’s affairs.

Here’s a video by SkyNews (UK), filled with disinformation, of course, blatant upending of truth, as is all Western coverage of Syria and the Middle East and the rest of the world. The Brits, like the Americans, really think they own the planet, and that lies to advance their hegemonic project are really outside any moral ambit.

The pretense of solidarity with the victims of “human rights abuses” (something about which the Western journos are very selective) may make you barf, but that’s what happens when exposing your mind to Western media “reports”.

“The British long-standing position is that we won’t have lasting peace in Syria with that regime,” Hunt said, referring to the government in Damascus. London never minced words when it came to the Syrian leader, who had been fighting militants and terrorist groups for the past eight years. Hunt’s predecessor, Boris Johnson, once called the president a “monster,” who needs “decapitating.”The UK also went beyond some harsh words in its opposition to Assad. It funded what it called armed “opposition groups” on the ground, some of which later joined forces with Al Qaeda. It also spared no effort financing and promoting the White Helmets – a highly controversial self-styled ‘civil rescuers’, who only worked in militant-controlled areas and were seen rubbing shoulders with jihadists. The group was in fact established in 2013 by former British intelligence operative James Le Mesurier.Eventually, at least some members of the White Helmets were resettled in the UK after fleeing Syria, where Damascus accused them of being terrorists and offered them a choice between surrender and amnesty, or death.The UK, together with the US and France launched air strikes against Syrian government targets in April 2018, following an alleged chemical weapons attack in the town of Douma even before the incident was properly investigated. All those efforts failed to bring about the desired result, which the UK establishment repeatedly articulated as “Assad must go.” 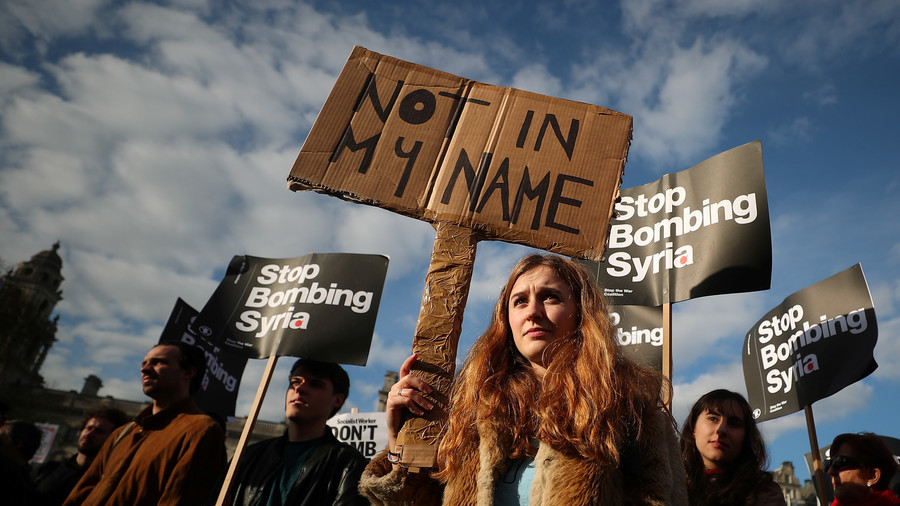 Many British people oppose the government’s imperialist policies in Syria, but, as in the US and other “democracies”, their opinion is simply disregarded.

However, in an apparent attempt to distract the public from this policy failure, Hunt decided to shift the blame to the usual “culprit” – Russia – which he blamed for Assad’s unexpected political resilience.

“That is because of the support that he [Assad] has had from Russia,” Hunt told Sky News, explaining, why, in his view, the Syrian president is not likely to go anywhere soon. “Russia may think that it’s gained a sphere of influence. What we would say to them is: Yes – and you’ve also gained a responsibility.”

Also on rt.com ‘Straight out of the RT propaganda machine’: MP attacked for urging UK military restraint in Syria

“If you’re going to be involved in Syria then you need to make sure that there really is peace in Syria. And that means making sure that President Assad does not use chemical weapons on his own people,” Hunt warned Moscow. The phrasing of this might indicate that London would consider Moscow potentially responsible for any future “chemical incidents” in Syria, for which the West previously always blamed Damascus. In this, the UK seems to be following the lead of Washington, which has said it would hold Russia “ultimately” responsible for any chemical attacks in Syria.

Meanwhile, attitude towards Damascus in the international arena is gradually changing, even among some US allies. Last week, the United Arab Emirates reopened its embassy in the Syrian capital, marking a significant shift in its policy. One of the major US allies in the Middle East, the UAE previously supported the militants fighting the Syrian government.

Mass Psychosis and The Church of Humanitarian Interventionism