Home ABOMINATIONS The Fetishization of the Corporate Media

The Fetishization of the Corporate Media

Actually there is no need to imagine. It's happening already.
By CJ Hopkins • Consent Factory, Inc.

If Russiagate serves no other useful purpose, it is at least exposing the corporate media as the propaganda factories that they are.

[dropcap]S[/dropcap]o the corporate media have gone and done it again. As they have, repeatedly, for the last two and half years, they shook the earth with a “bombshell” story proving beyond any reasonable doubt that Donald Trump colluded with the Russians to steal the presidency from Hillary Clinton, or at least committed an impeachable felony in connection with something to do with the Russians, or Ukrainians, or other Slavic persons … which story turned out to be inaccurate, or not entirely accurate, or a bunch of horseshit.

This time it was BuzzFeed’s Jason Leopold, “a reporter with a checkered past” (i.e., a history of inventing his sources) who broke the “bombshell” Russiagate story that turned out to be a bunch of horseshit. Leopold, and his colleague Anthony Cormier, reported that Trump had directed his attorney, Michael Cohen, to lie to Congress about plans to construct a Trump Tower in Moscow, thus suborning perjury and obstructing justice. Their sources for this “bombshell” story were allegedly “two federal law enforcement officials involved in an investigation of the matter.” 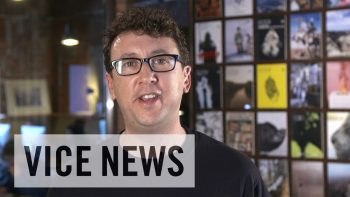 Jason Leopold: The man also works for TruthOut and Bill Maher's Vice News, which says something about those outfits.

Approximately twenty-four hours later, Special Counsel Robert Mueller’s office (i.e., the office “involved in an investigation of the matter”) stated that the BuzzFeed story was “not accurate,” which is a legal term meaning “a bunch of horseshit.” BuzzFeed is standing by its story, and is working to determine what, exactly, Mueller’s office meant by “not accurate.” Ben Smith, BuzzFeed’s Editor-in-Chief, has called on Mueller “to make clear what he’s disputing.”

Liberals and other Trump-obsessives have joined in the effort to interpret the Special Counsel’s office’s cryptic utterance. French hermeneuticists have been reportedly called in to deconstruct the meaning of “accurate.” Professional Twitter semioticians are explaining that “not accurate” doesn’t mean “wrong,” but, rather, refers to something that is “accurate,” but which the user of the word doesn’t want to disclose publicly, or that legal terms don’t mean what they mean … or something more or less along those lines.

But Greenwald’s list is just a small sample of the Russiagate stories that have turned out to be horseshit. For the record, here are several more:

My personal favorite remains the one about how Hillary Clinton may have been poisoned by Putinist operatives back in 2016. And then there’s the pot-smoking, prostitute-banging, incompetent Novichok perfume assassins, the African American-brainwashing memes, the Putin-orchestrated Yellow Vest rebellion, the brain-eating Russian-Cubano crickets, and various other bunches of horseshit.

"I don’t need to pretend their fabricated stories are simply the result of “shoddy journalism,” or “over-reliance on official sources,” or any other type of “error” or “failure.” These people know exactly what they are doing, and are being extremely well paid to do it..."
[dropcap]I[/dropcap] am using the terms “horseshit” and “a bunch of horseshit” (as opposed to terms like “failures” and “errors”), not just to be gratuitously vulgar, but, also, to try to make a point. One is not supposed to use these terms in connection with “serious,” “respected” news outlets. Which is why journalists like Greenwald and Aaron Maté (who have extensively reported on the corporate media’s ongoing production and dissemination of horseshit) do not use such terms in the course of their reporting, and instead use less inflammatory terms like “false,” “inaccurate,” “mistake,” and “error.” Principled journalists like Greenwald and Maté are constrained by (a) their journalistic ethics, (b) their integrity, and (c) their belief in the idea of a “free and independent press,” which is one of the pillars of Western democracy.

Being neither a respected journalist nor a believer in the existence of an “independent press,” I am under no such constraints. Because I’m not trying to get or keep a job, or maintain a “respectable” reputation, I’m free to call a spade a spade and a bunch of horseshit a bunch of horseshit. I am also free to describe “journalists” like Leopold, Luke Harding, Craig Timberg, Franklin Foer, and many of their corporate media colleagues (not to mention TV clowns like Rachel Maddow) as the liars and rank propagandists they are. I don’t need to pretend their fabricated stories are simply the result of “shoddy journalism,” or “over-reliance on official sources,” or any other type of “error” or “failure.” These people know exactly what they are doing, and are being extremely well paid to do it. They went to school to learn how to do it. Then they butt-sucked and back-stabbed their way up the ladder of establishment power to be able to do it.

Sy Hersh: Once hailed as a model investigative reporter. Now banished from the temples of "respectable journalism".

Yes, of course, there are still principled journalists working for the corporate media, but they are doing so by walking a very fine line. No one has to tell them where it is. Every professional journalist knows precisely where it is, and what it is there for. Though they are permitted to walk right up to it, occasionally (to keep them from feeling like abject whores), one step over it and they will be cast into the Outer Darkness of the Blogosphere and excommunicated from the Church of Respectable Journalism. If you don’t believe me, just ask Seymour Hersh, or John Pilger, or any other journalistic heretic.

If Russiagate serves no other useful purpose, it is at least exposing the corporate media as the propaganda factories that they are. Given the amount of obviously fabricated horseshit they have disseminated during the last two years, you’d have to be a total moron or a diehard neoliberal cultist not to recognize the function they perform within the global capitalist ruling establishment (which is essentially no different than the function the establishment media perform in any other society, namely, to disseminate, maintain, and reify the official narrative of its ruling classes).

[dropcap]S[/dropcap]adly, there’s no shortage of morons and cultists. I don’t blame the morons, because … well, they’re morons. The cultists are another species entirely. These are people who, no matter how often the corporate media feed them another “explosive,” “bombshell” Russiagate story that turns out to be a bunch of horseshit, will defend the concept of the “independent media” like head-shaven, bug-eyed Manson followers. Confront them with facts contradicting their beliefs and they close their eyes and start chanting and humming and repetitiously babbling banishing spells. The notion that the Western corporate media may serve the interests of the ruling establishment (just like the media in every other society serve that society’s ruling classes) is unimaginable and tantamount to heresy.

This fetishization of “the independent press” is a phenomenon unique to Western capitalism. Basically, it’s a childish fairy tale, like believing that Santa Claus is an actual person or that voting in elections in a corporate oligarchy has anything to do with actual democracy. Think about it dispassionately for a minute. Why would any ruling establishment permit a genuinely “independent” press to disseminate ideas and information willy-nilly throughout society? If it did, it wouldn’t last very long.

Most people understand this intuitively, which is why the corporate media relentlessly repeat the mantra-like phrase, “free and independent press,” over, and over, and over again. Seriously, switch on NPR, or have a look at The Guardian or the Washington Post, or any of the other corporate media repeatedly reminding you how “independent,” “free” and “democratic” they are. It’s essentially Neuro-linguistic programming.

So let’s not be shocked when the corporate media continue to bombard us with “bombshell” stories about Trump and Russia that turn out to be horseshit. Personally, I welcome these stories. The more corporate media horseshit the better! Who knows, if they dish out enough blatant horseshit, more people might lose their “trust in the media,” and begin to investigate matters themselves. I know, that makes me a Nazi, right? Or at least a Russian propagandist? I mean, encouraging folks to distrust the corporate media? Isn’t there some kind of law against that? Or have they not quite gotten around to that yet? 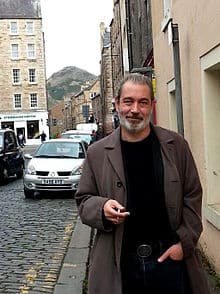 The US War on Freedom of the Press