HELP ENLIGHTEN YOUR FELLOWS. BE SURE TO PASS THIS ON. SURVIVAL DEPENDS ON IT.
DISPATCH FROM RT.COM

For liberals swept away by Russiagate mania, the FBI is worshipped as a fearless protector of democracy. [Yet] according to a former FBI official, however, the bureau has actively worked to keep “progressives” out of office.

Terry Turchie, a former deputy assistant director of the FBI’s Counterterrorism Division, appeared on Fox News host Tucker Carlson’s program to discuss congressional investigations into Donald Trump’s alleged ties to Russia. Criticizing the Democrat-controlled House for seizing on factually dubious news reports about Trump’s alleged Kremlin collusion, Turchie nonchalantly disclosed that part of his “mission” at the FBI was to try to keep “progressives” and “socialists” out of office.

“The electorate in some places is putting more progressives and self-described socialists in positions,” Turchie told Carlson. “And, ironically, years ago – when I first got into the FBI – one of the missions of the FBI in its counterintelligence efforts was to try to keep these people out of office.”

Uhhhhhhh….Fmr FBI Assistant Director just said “When I first got into the FBI one of the missions of the FBI in its counterintelligence efforts was to try to keep” progressives out of government pic.twitter.com/l1KqQMO914

The casual way in which Turchie admitted that the FBI had actively worked to prevent people with [undesirable political views] from assuming office sparked a flurry of comments on social media. Some found deep irony in the fact that a government agency which tried to sabotage liberals is now hailed as a flagbearer of the liberal, anti-Trump “Resistance.”

“Neoliberal centrist Democrats have portrayed the FBI as the Resistance, while its former leaders are openly boasting of how they waged counterintelligence campaigns against the left,” journalist Ben Norton wrote.

Neoliberal centrist Democrats have portrayed the FBI as the Resistance™️, while its former leaders are openly boasting of how they waged counterintelligence campaigns against the left.

He admits to breaking the law with the FBI, and the constitution, and feels we should keep doing it. What do they teach people in the FBI?

Others argued that the FBI’s documented penchant for discrediting and disrupting political activity deemed a threat to the status quo has been part of the bureau’s mission “for decades.”

Yup- it’s been part of their mission for decades – Conitelpro laid bare pic.twitter.com/2B1irOhiD8

The FBI’s most infamous domestic political meddling program, COINTELPRO, was officially shuttered in 1971 in the wake of a Senate investigation into the scandalous operation.

Turchie’s comments to Tucker, however, suggest that the FBI’s “counterintelligence” activities continued long after 1971. As Law & Crime noted, Turchie joined the FBI in 1976 and wasn’t appointed deputy assistant director of the Counterterrorism Division until 2000.

All should appreciate the FBI speaking up. I wish more of our leaders would. But take heart: American history shows that, in the long run, weasels and liars never hold the field, so long as good people stand up. Not a lot of schools or streets named for Joe McCarthy.

Under normal circumstances, Turchie’s open admission about sabotaging progressives – long after the FBI promised to end the practice – would likely set off liberals’ alarm bells. But an assessment of what the FBI is and what it does may endanger James Comey and Robert Mueller’s shared status as patron ‘saints’ of the #Resistance. 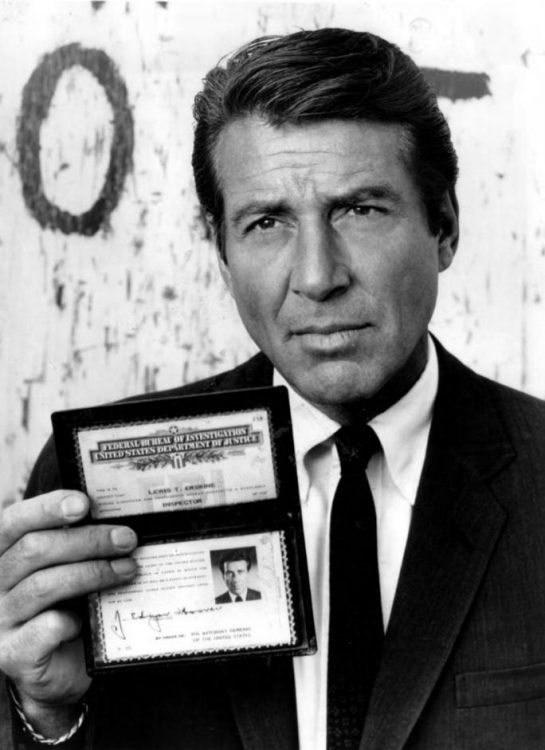 The US media, and in particular television, have long served as cheerleaders for the plutocracy’s “security agencies,” especially the FBI and CIA. Numerous shows present their agents as the “good guys”, protecting the people, but hide the sordid, often illegal business they are frequently engaged in. Photo: Efrem Zimbalist Jr as agent Lewis Erskine in the series The FBI.  (The original show aired on ABC for almost a decade—1965—1974; recently, the franchise has been reopened by CBS, which, with Fox, today leads the pack in promoting the police and associated security entities.)

The Fetishization of the Corporate Media