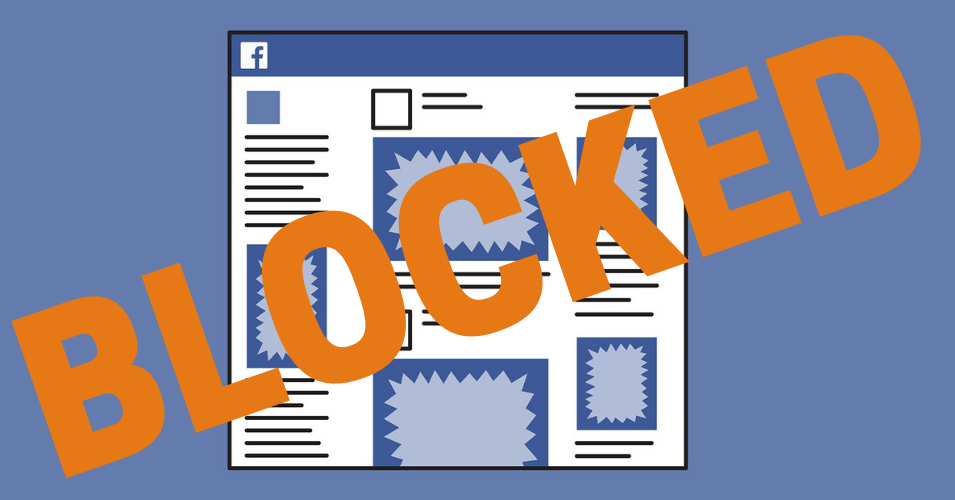 Facebook is being criticized for censoring four video pages managed by a Berlin-based media company that is partly funded by the Russian government. (Image: Wired/Tim Lahan/with overlay)

Journalists and advocates of press freedoms are once more directing outrage and criticism at Facebook for selectively censoring pages on its platform and refusing to explain the reason behind a decision that appears to many as a clear double standard applied to outlets critical of U.S. foreign policy and corporate interests.

Facebook is under fire for shuttering four pages managed by the Berlin-based news and media company Maffick, after CNN reporters asked the social media giant about Maffick not disclosing that it is partly funded by the Russian government.

CNN held its report—titled "Russia is backing a viral video company aimed at American millennials"—until Friday, when Facebook blocked Soapbox, Waste-Ed, Backthen, and In The Now.

American-Lebanese journalist Rania Khalek, a contributor to Soapbox and In The Now who was interviewed by CNN, outlined the controversy in a lengthy, widely shared series of tweets. Monday morning, Khalek added an update to the Twitter thread:

It has been 3 days since @facebook suspended @IntheNow_tweet's page at the behest of @CNN and US government funded think tanks. We had almost 4 million subscribers, did not violate any Facebook rules, were given no warning & Facebook isn’t responding to us.

As CNN outlined in its report, which was updated and corrected on Monday:

Company records [for Maffick] in Germany show that 51 percent of the company is owned by Ruptly [a subsidiary of RT, which is funded by the Russian government]. The remaining 49 percent is controlled by former RT presenter Anissa Naouai, who is Maffick's CEO. The records were first reported by the German outlet T-online and later by the Alliance for Securing Democracy, which brought it to CNN's attention. The Alliance for Securing Democracy is part of the German Marshall Fund, which receives funding from the U.S., German, and other governments. The Alliance for Securing Democracy says that while it is part of the German Marshall Fund, the ASD itself does not receive any funding from the GMF, and gets its money from private family funds and grants but not from government funding.

"In the Now was originally a television show on RT, hosted by Naouai. It has more than 3 million followers on Facebook," CNN noted. The other three pages "have more than 30 million video views, though they've only been operating for a few months."

What kind of content did they produce? Khalek offered a number of examples, including:

It’s moments like this you should really question why CNN, why the US government and its proxy think tanks are so scared of what people like me and @AnissaNow have to say. These entities really want to shut us up. Why? Because we say things like this pic.twitter.com/xMabspwZcP

Some more of @IntheNow_tweet’s content that CNN finds so threatening. Ask yourself, could I have produced this video at any other outlet (besides maybe Al Jazeera)? Why can’t CNN engage w/ the content rather than getting Facebook to suppress this speech? pic.twitter.com/epTKHHf8Ms

In an interview with CNN, Maffick chief operating officer J. Ray Sparks emphasized that Maffick is editorially independent from RT—which the U.S. government has forced to register as a foreign agent—and pointed out that it is "standard industry practice" not to disclose ownership of a media producer on a Facebook page.

However, as Kevin Gosztola—who cohosts a podcast with Khalek—noted in an article published Saturday on Shadowproof, "Although Khalek and Sparks detailed their editorial independence at Maffick extensively, [CNN correspondent Drew] Griffin remained incredulous at the reality that officials working at the Kremlin are not dictating what specific stories should be covered."

CNN reporter who worked on story conceded in interview on CNN: videos make "lot of legitimate arguments" and they "weren't necessarily hiding their Russian ties."

"Similarly to NPR, PBS, BBC, DW, CBC, AJ+, and many other media companies, Maffick is supported in part by government funding. Likewise while we haven't posted funding details on our Facebook pages etc, neither have any of our international peers," Maffick said in a statement that charges the company was singled out for "one reason and one reason only: The government that helps fund our company is Russia."

"We did not violate any of Facebook's policies whatsoever. None of our content promotes disinformation or fake news. Yet CNN pressured Facebook into unprecedented censorship in a desperate attempt to milk ratings by stoking hysteria over Russia," the statement continues, calling on Facebook to reinstate its pages and "articulate clear, consistent policies and protocols regarding obligatory funding disclosures which will be applied evenly across all pages."

Since Friday, Khalek and others who often linked to her initial thread have turned to another major social media platform—Twitter—to raise alarm about the role of the ASD and the communication CNN subsequently had with Facebook:

I don’t think it’s a coincidence that US government funded think tanks prompted CNN to pressure @facebook to suspend @IntheNow_tweet at a time when alternative outlets like In The Now are the only platforms challenging the US regime change war on Venezuela.

It really scares me to see how many people are pro censorship, especially when it’s the same people who are outraged by Trump’s treatment of CNN. Yet when CNN plays a role in suppressing dissenting media, they all nod. Frightening.

VOA, BBC, France24, DW, Al Jazeera (Qatar-funded), TRT World (Turkey-funded), and more state-funded media outlets are all active on social media, but Facebook is giving in to pressure from neo-McCarthyites and deleting the accounts of Russia-funded mediahttps://t.co/MRpjuIr8Db

Regardless of what you think of @RaniaKhalek, Russia or anything else, this trio - CNN, US-funded German Marshall funded, and Facebook - working together to selectively censor is highly disturbing. But this is the inevitable outcome of begging FB to censor https://t.co/OyElNWwoue https://t.co/xKbJ3l0Fsk

Rania is right. This is not a criterion that is applied in a neutral manner. It's being used by an elite that is wielding unaccountable power over what is supposed to be a political-intellectual commons to suppress views that oppose the dominant political narrative. https://t.co/wZnIv51W0M

As usual, @yashalevine has the most incisive analysis of this development passed on by @RaniaKhalek. https://t.co/SJxWjbdDeP

Although Facebook's rules don't require pages to disclose parent companies, a spokesperson told CNN in a statement that the social media company planned to reach out to Maffick page administrators "to ask that they disclose this additional information and their affiliation with their parent company to get back on the platform."

The move by Facebook comes after the company temporarily took down one of Khalek's videos for Soapbox—about "how Israel uses Palestine as a weapons testing laboratory"—in late December, and only restored it after public outcry. Facebook also was intensely criticized last year for censoring the left-leaning Latin American news network teleSUR English, funded by the Venezuelan government and others, as well as a video about Christopher Columbus' brutal legacy produced by Double Down News.

Trump Likes ‘Beautiful’ Border Walls – Venezuela Should Build Him One