Trump Likes ‘Beautiful’ Border Walls – Venezuela Should Build Him One 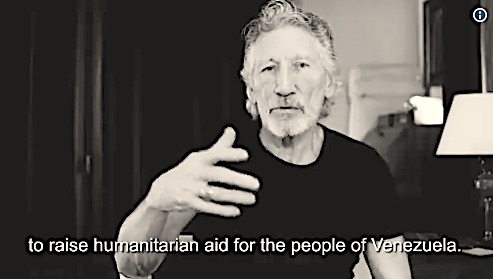 Legendary rock musician Roger Waters: "Branson's stunt to 'raise humanitarian aid for Venezuela' is not needed. He should just back off." It's a regime change ruse concocted by the Americans. 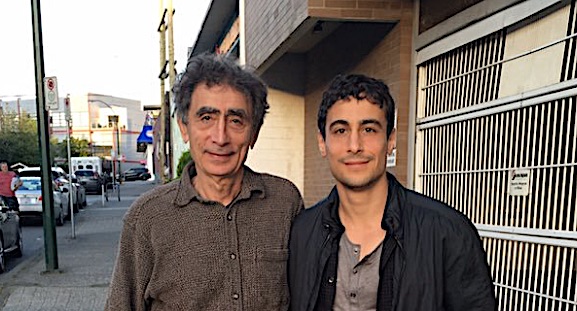 [dropcap]A[/dropcap]aron Mate, who is currently on the ground in Venezuela (vid), notes how Trump early on targeted Venezuela:

Aaron Maté @aaronjmate - 20:59 utc - 18 Feb 2019
Page 136 of McCabe's new book, recounting a 2017 Oval Office meeting: "Then the president talked about Venezuela. That’s the country we should be going to war with, he said. They have all that oil and they’re right on our back door." 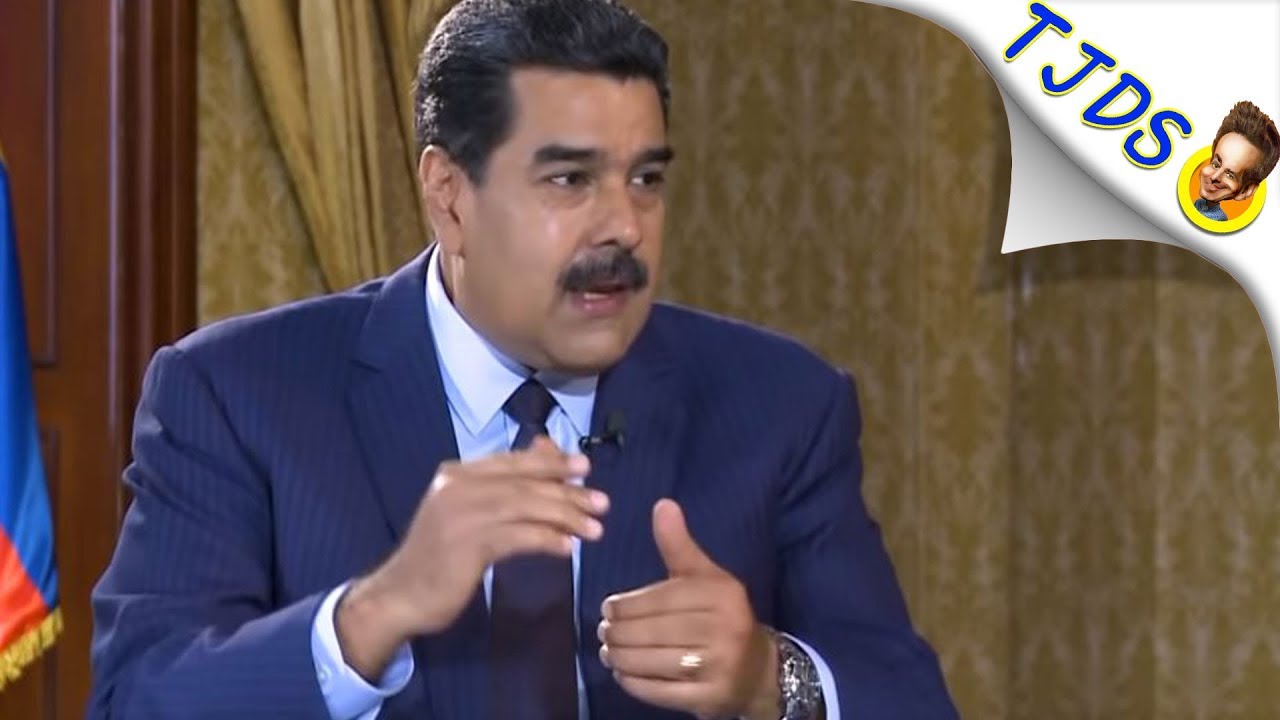 Plan A for the recent coup attempt failed when the Venezuelan military did not accept Random Guyido's brazen claim to the presidency. There was no plan B. The U.S. is now improvising. The delivery of "humanitarian aid" is a pretext to break the border between Colombia and Venezuela.

RED Team officers, the report explains, would carry out development activities, but they would also have training and expertise that are not typically included in USAID job requirements.“RED Team personnel would be able to live and work in austere environments for extended periods of time and actively contribute to their own security and welfare. They would be deployed farther forward than USAID personnel traditionally deploy and would routinely operate under the authority of the host agency with whom they deploy, acting in accordance with their security posture,” the report reads.

“RED team members would be trained and authorized to conduct themselves as a force-multiplier able to contribute a full suite of security skills as needed,” it says.

On Saturday February 23 a breach of the Venezuelan border will be attempted with the intent to provoke an escalation. That escalation will then be used to justify further action up to military strikes or even an invasion.

How exactly the game will be played out is still not clear:

Despite the tough language, it remained unclear how the Venezuelan opposition would break Mr. Maduro’s blockade of the border with a delivery of food and medication on Saturday. Mr. Trump’s own national security adviser said the American military — which has airlifted tons of supplies to Venezuela’s doorstep on the Colombia border — will not cross into the country.

The so called "aid" is also supposed to come via sea and through the border with Brazil. To prevent that Venezuela closed down the maritime border with the Dutch Caribbean Islands:

The closure blocks movement of boats and aircraft between the western Venezuelan coastal state of Falcon and the islands of Aruba, Bonaire and Curacao, said Vice Admiral Vladimir Quintero, who heads a military unit in Falcon. He did not provide a reason.

The Brazil route is for now too remote for the desired media attention. 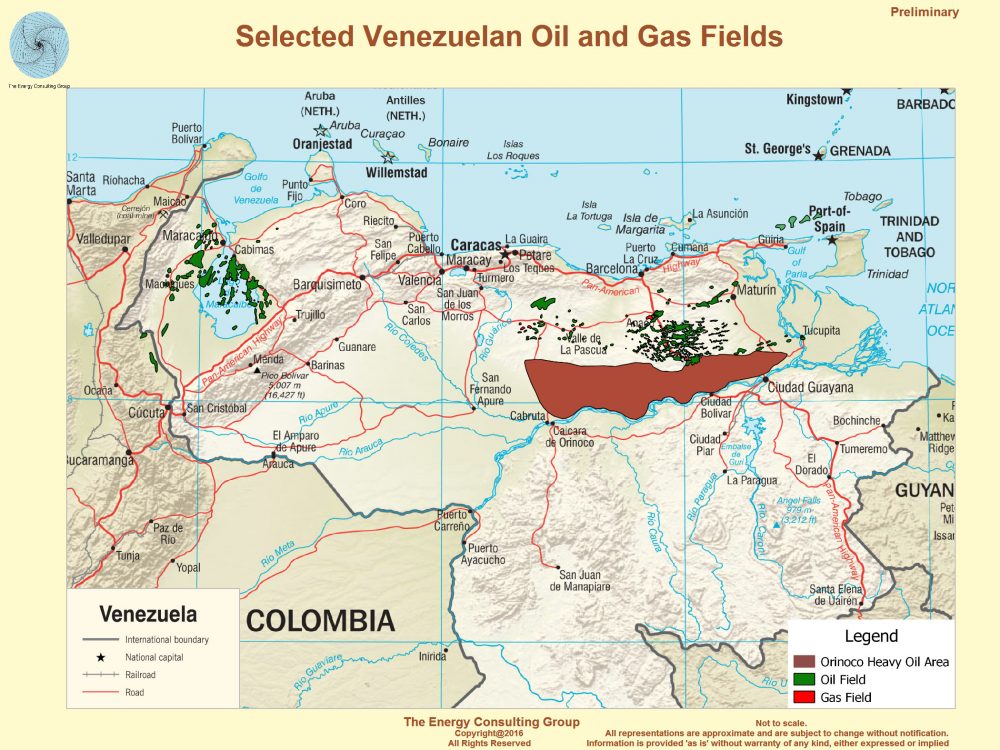 Everything will concentrate on the border crossing with Colombia near the Colombian city of Cúcuta:

Leaders of several Latin American nations plan to travel to Colombia’s border with Venezuela on Friday ahead of the delivery of aid, Chilean President Sebastian Pinera said on Tuesday, adding that he had accepted an invitation from Colombia’s president, Ivan Duque.It was not immediately clear which leaders would attend. Most Latin American countries now recognize Guaido as president, though Bolivia, Cuba and Nicaragua still support Maduro.

Billionaire businessman Richard Branson is backing a “Live Aid”-style concert on Friday in the Colombian border city of Cucuta with a fundraising target of $100 million to provide food and medicine for Venezuela. Maduro’s government has announced two rival concerts just across the border.

The Red Cross and the UN, unequivocally agree, don’t politicize aid. Leave the Venezuelan people alone to exercise their legal right to self determination. pic.twitter.com/I0yS3u75b6

[dropcap]O[/dropcap]n Saturday, when the U.S. proxy crowd will try to cross the border with unneeded "aid" some sniper shooting is likely to happen while dozens of cameras roll. Any casualties will be blamed on the Venezuelan military. The incident will be the propaganda pretext for further U.S. action. Already days ago Russia's Foreign Ministry warned of such 'false flag' attacks:

A provocation, involving victims, is being put together under the guise of a humanitarian convoy," Zakharova stressed. "They need it just as a pretext to use outside force, and everyone should understand that."

John Bolton @AmbJohnBolton - 1:41 utc - 20 Feb 2019
The Venezuelan military must uphold its duty to protect civilians at the Colombian and Brazilian borders, and allow them to peacefully bring in humanitarian aid without violence or fear of persecution.

John Bolton @AmbJohnBolton - 2:14 utc - 20 Feb 2019
Any actions by the Venezuelan military to condone or instigate violence against peaceful civilians at the Colombian and Brazilian borders will not be forgotten. Leaders still have time to make the right choice.

Venezuela is not in need of U.S. aid. It is need of an end to the economic sanctions that put it under a medieval siege. There is no current lack of food or medicine like in Yemen though some products may run short.

The UN, the Red Cross and Caritas already have aid distribution projects within Venezuela. They reject the U.S. aid delivery as a political stunt. The International Committee of the Red Cross recently doubled its budget for Venezuela to $18 million and is ready to provide more. Last week 933 tonnes of medicines from Cuba and China arrived. Another 300 tons from Russia is supposed to arrive today.

The Venezuelan government has had enough time to game out how best to respond to the breach attempt of the border. It needs to block the roads AND it needs to prevent provocations. Trump likes walls on the border. Venezuela should give them to him.

"I don't mind having a big beautiful door in that wall so that people can come into this country legally. But we need, Jeb, to build a wall, we need to keep illegals out." - Donald Trump - Aug 6 2015 GOP debate

My advice to Venezuela is to use high concrete barricades with barbed wire and mines in front of them across all vehicle border crossings points. The purpose of the mines is to prevent attempts to remove the wire and the barricades. Large posters should warn of the deadly danger of the mines. If someone gets hurt by them, it will clearly be their own fault.

Passage on foot must be allowed as usual. Armed soldiers should be kept out of sight.

Trump said a lot about the national security need for "beautiful walls." A large banner with a relevant Trump quote should top each of the barricaded crossings.

About the Author
"b" is Moon of Alabama's editor in chief's and founder's nom de guerre. He is believed to be a German journalist.

The New York Times, a New Reich, and Those Greek Colonies