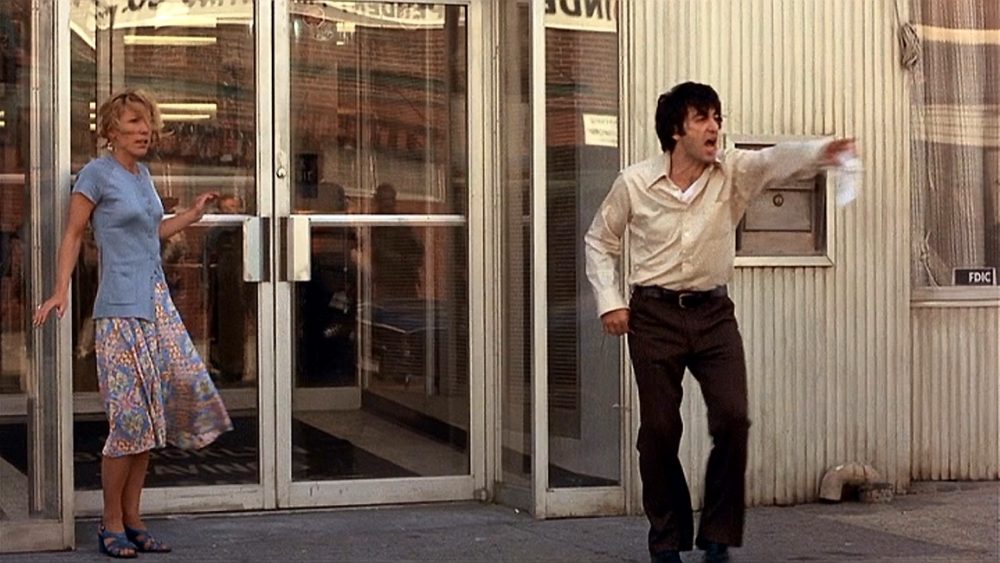 Sidney Lumet's 1975 film Dog Day Afternoon is worth watching , if just for one reason. That would be the total fascination by many in the public for the media. In the film, based on a real incident at a neighborhood savings bank in Brooklyn, NYC (incidentally, where my late grandmother banked) when two men held up the bank in a Keystone Cops manner. They become trapped before they can escape, and take the staff hostage. All concerned, except one of the robbers ( played by the late and great character actor John Cazale) and the bank's manager, are aware and excited by this instant media attention. Even the main character, played by Al Pacino, is caught up in this media obsession when he is on the phone with a newsman and sees his conversation being televised live. Then, later in the film when he goes out onto the street to talk to the police captain, Pacino begins hamming it up by continually shouting ' Attica Attica ' after the recent hostage crisis at the upstate prison in Attica NY that spiraled into a police massacre. The piece de resistance is when a pizza delivery boy, now center stage of the myriad of news cameras, begins shouting ' I'm a star' as he dances about in front of the bank's entrance. All the many onlookers also perform for the media as if part of the whole scenario taking place. As Marshall McLuhan put it so succinctly ' The medium is the message'.

What was always the case in our Amerika is the total disconnect between the mainstream media, professional sports, politicians and the public. Many of us, this writer included, looked upon those on the other side of the camera as so distant from us. They were almost like Gods to we regular working stiffs. Once upon a time, a time when things were much more ' even Steven', sports figures, media journalists / broadcasters  and even some politicians were closer in class to we working stiffs. In baseball I can remember when most of the players on my favorite team, the Brooklyn Dodgers, had to find jobs during the off season to pay the bills. Really! Carl Furillo, nicknamed The Skoonge, worked with the American Indians doing skyscraper construction work, way up high. Media journalists, excepting the Walter Winchells of the world, had the same type of 9 to 5 jobs that our parents had. As we all know, all that has changed. Mega millionaires fill the ranks of professional sports and the mainstream media. Most of them have lost the vision of what we 99+ % of us see the world outside ( and inside ) our doors.

What about those we elect to run our nation? Well, this is from 2015, so imagine what it is now:

The net worth of a typical member of Congress has grown 20% since 2007. During those same years, the net worth of the typical American household dropped 35%.

So, the 99+% of us literally have NO connection with those in politics , mainstream media and professional sports. The time for celebrating these people should be over! 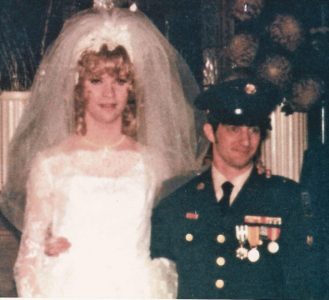 The real bank robber marrying his sweetheart. You can't make this up.

As TGP readers know, many of our features often include addenda —additional reading, notes, videos, special quotes and captions, including parallel essays, etc., intended to expand and delve more deeply into the topics mentioned in the main article.  So it is with this post, in which author Phil Farruggio grounds his metaphor about an unhinged and corrupt America in the bizarre real-life spectacle provided by gay lover John Wojtowicz, the improbable hero who decided to rob a Brooklyn bank one hot afternoon in August of 1972 to finance his transgender lover's sex-change operation.

Check this out, for example: The bizarre true story that inspired ‘Dog Day Afternoon’,  and then inspect our equally interesting video material in the following section. Just click the orange button.

THE DOG, the documentary on the true story that inspired Dog Day Afternoon is shared with the trailer and clips from the film, plus an extensive interview from filmmakers Allison Berg and Frank Keraudren. What was the real story behind John Wojtowicz, and how did he become the unlikely hero of gay rights after he gained notoriety by robbing a bank? The strange true story is illuminated in this BYOD full length episode, hosted by Ondi Timoner. FILM AND GUEST INFO: Coming of age in the 1960s, John Wojtowicz' libido was unrestrained even by the libertine standards of the era, with multiple wives and lovers, both women and men. In August 1972, he attempted to rob a Brooklyn bank to finance his lover's sex- reassignment surgery, resulting in a fourteen-hour hostage situation that was broadcast live on television. Three years later, John was portrayed by Al Pacino as “Sonny,” and his crime immortalized in one of the most iconic New York movies of all time, Dog Day Afternoon. The film had a profound influence on Wojtowicz (who pronounced his name "Woto-wits"), and when he emerged from a six-year prison term, he was known by his nickname: "The Dog."

Drawing upon extraordinary archival footage, the film shuffles between the 1970s and the 2000s. Touching upon the sexual revolution of the 1970s, we gain a first- hand perspective on New York's historical gay liberation movement in which Wojtowicz played an active role. In later footage, he remains a subversive force, backed by the unconditional love and headstrong wit of his mother Terry. The hows and whys of the bank robbery are recounted in gripping detail by Wojtowicz and various eyewitnesses, and don’t necessarily always align with one another. Directors Allison Berg & Frank Keraudren began filming The Dog in 2002, and their long-term dedication pays off in this unforgettable portrait capturing all of the subject's complexity. John is, by turns, lovable, maniacal, heroic, and self-destructive. To call him larger than life feels like an understatement. Passionate and profane, The Dog makes no apologies for being who he is: "Live every day as if it's your last and whoever doesn't like it can go fuck themselves and a rubber duck." Allison Berg is an award-winning filmmaker who directs and produces feature- length documentary films and television documentary series.

Announcing my new book – I’ll Ruin Everything You Are: Ending Western Propaganda on Red China

Russia throws down the gauntlet to US on Venezuela