The world is in the throes of an extinction crisis unlike any throughout paleoclimate history, aka: the Sixth Mass Extinction, keeping in mind that the normal “background rate” for extinction is 1-to-5 species gone per year. But, what if it is five (5) every 24 hours?

Answer: It’s a lot more than that. 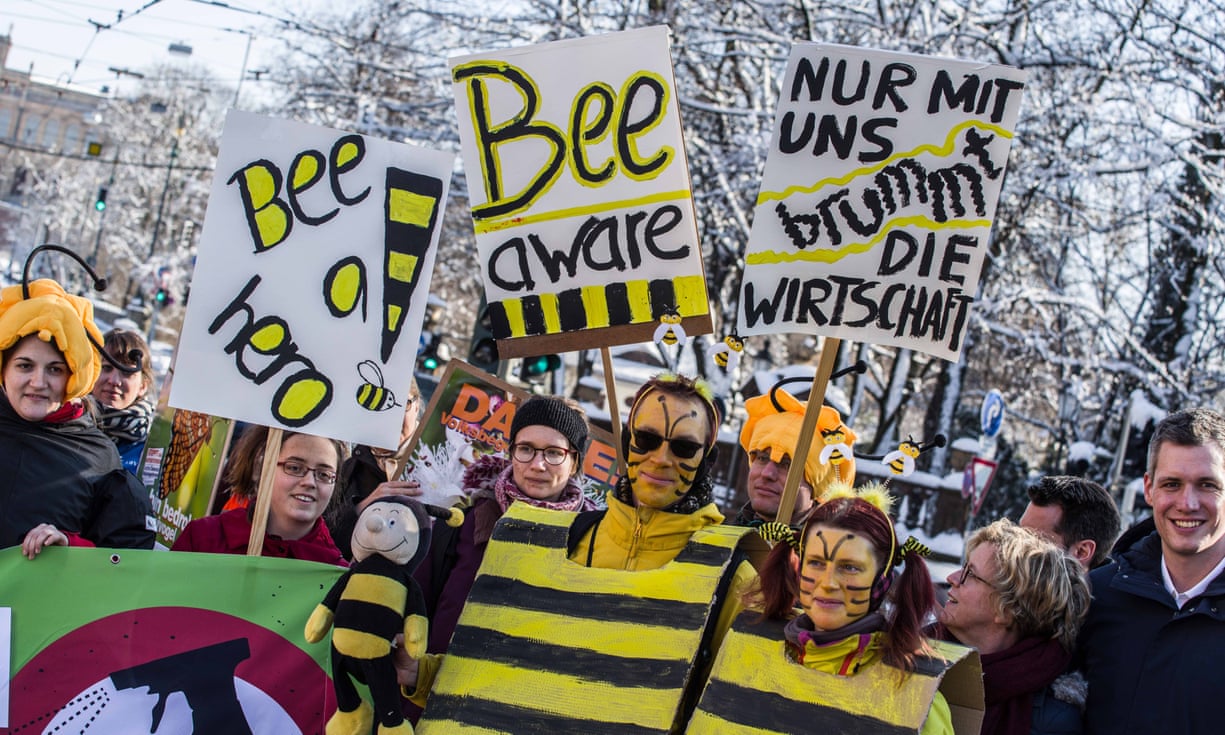 According to scientists, the current extinction rate is more than 1,000xs the normal background rate, or, in the simplest of terms, instead of 1-to-5 species extinctions per year, it’s clipping along at an alarming rate of somewhere between 25-to-250 species of plant, insect, bird, and mammal extinctions every 24 hours! That’s unsustainable!

In fact, integral resources for sustaining life have already been severely undermined, and it’s proven in studies of mass loss of arthropods, and other key elements of biodiversity from Australia to pristine European nature preserves to uninhabited tropical rainforests, as the Anthropocene (the current geological age during which human activity has been the dominant influence on climate and the environment) haphazardly destroys and poisons life-sourcing ecosystems.

For example, it’s gotten so extreme that human-made deathly chemical toxins are found in Mt. Everest’s snow (29,000 feet up) as well as in deep-water squid (3,800 feet down) proof that what’s ordinarily so egregious that its universally considered “unbelievable” at times proves to be “beyond believable.”

The world has started taking notice, and it’s Germany where the Age of Enlightenment has been resurrected by enlightened skeptics, known as “liberals” back in the day (1700s), challenging current values and exposing false truths.

Most of these proposed reforms will not be fully implemented until 2030—which is a bit ridiculous. Why does it take a full decade to implement measures to put out a global ecological fire? —Editor

This quasi-enlightenment surge of yesteryear is happening in Bavaria, Germany’s most conservative of 16 federal states, led by the Christian Social Union (“CSU”) since 1946, as this powerful bastion of political conservatism responds to grassroots citizen campaigns and a recently passed referendum to “protect nature,” primarily via major changes in industrial farming.

As one conservationist remarked upon passage of the referendum: “The times when it was enough for politicians to pay lip service to biodiversity are over.” (Source: Christian Schwägerl, In Conservative Bavaria, Citizens Force Bold Action on Protecting Nature, Yale Environment 360, April 25, 2019)

Bavarians will implement a sweeping set of conservation measures, including: (1) Setting aside 13% of state land in special ecological zones, inclusive of ecosystem infrastructure of hedgerows, meadows, and wetlands (2) Organic agriculture must be practiced in 1/3rd of Bavarian farmland as well as cutting out fertilizers on all state-owned farms to reduce nitrogen pollution (3) Protection of wetlands, waterways, and threatened insect populations by eliminating insecticides as much as possible.

Already, three other German states have commenced preparations for biodiversity referendums, as well as Sweden and Australian inquiries. One proposal under consideration requires large portions of EU agricultural subsidies diverted to protection of biodiversity.

The motivation behind Bavarian citizens reacting so bravely in the face of establishment opposition at the beginning of their endeavor to stop extinction was awareness of native landscapes turned monotonous, heavily developed, and strikingly “empty of life.”

Plus, a significant motivating catalyst was the landmark 2017 Krefeld Insect Study conducted by German researchers as well as citizen scientists that clearly delineated a mouth-dropping 75% loss in biomass of flying insects in a large number of nature reserves over a period of 25 years.

Krefeld Entomological Society (est. 1905 in Germany) trapped insect samples in 63 nature preserves in Europe. Krefeld consistently found massive declines in every kind of habitat they sampled. In fact, up to 80% wipeouts.

For example, Krefeld data for hoverflies, a pollinator often mistaken for a bee, registered 17,291 trapped in a reserve in 1989. Twenty-five years later at the exact same location, it was 2,737 or a whopping loss of 84%! Which registers well beyond the data required to classify as an extinction event. Thereafter, the only remaining question is whether a species comeback is possible?

Today’s Sixth Extinction is so prevalent that scientists prefer to designate species loss as “functional extinctions,” which means functionally extinct animals and plants are still present but no longer prevalent enough to affect an ecosystem, e.g., a shortage of insect pollinators in the Maoxian Valley in China forced farmers to hire human workers at $19 per worker/per day to replace bees. Each worker pollinated 5-to-10 apple trees by hand per day.

Scientists from Bavaria’s leading research institutions are hopeful that their referendum will trigger a massive worldwide reduction in the use of insecticides and herbicides in agriculture, which should in turn boost insect populations.

According to the renowned Harvard entomologist E.O. Wilson, without insects and other land-based arthropods, humanity would last all of a few months.

It’s been nearly six decades since Rachel Carson wrote: “The more I learned about the use of pesticides, the more appalled I became. I realized that here was the material for a book (Silent Spring). What I discovered was that everything which meant most to me as a naturalist was being threatened.”

This is part of a series on

China’s electric vehicles may be the future. Environmentalists...