Home ABOMINATIONS The Various Shades of Black… and Green 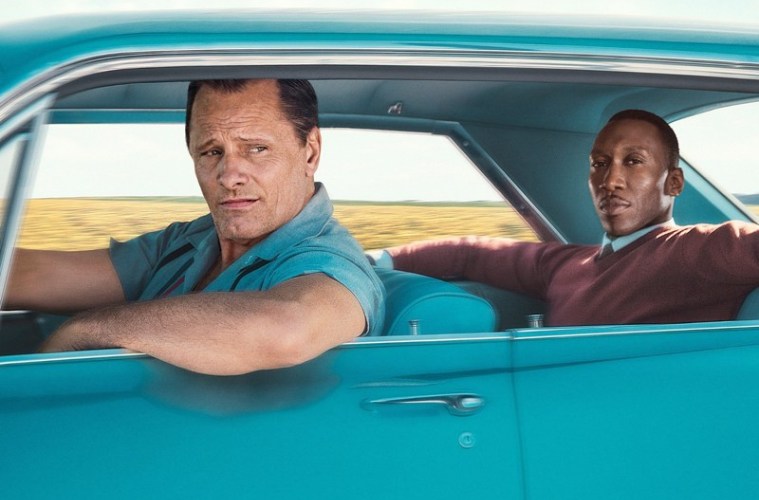 The hit film of 2018 was Peter Farrelly's Green Book. The film takes place in 1962, and was based on a true story about an Italian American bouncer, from the famous Copacabana NYC nightclub, securing a temporary job as the chauffeur/bodyguard for a popular black musician. He is needed because the trio anchored by the star is going on a tour of the Midwest and Deep South. Despite some overdone stereotypes of NYC Italian American families, the film captures the dark mood of racism in our country, especially in the South. Those not old enough to recall the extent of this racism of that time, the film delivers 100000%! In the beginning of the movie we also see a 'touch' of the Anti Semitism of that day ( and now too ) when an Italian mob boss refers to the owner of the Copa, Jewish American Jules Podell, as a ' Jew bastard'. Sadly, prejudice did and does flow from one ethnic group towards others. Those who run this empire count on that to keep with their age old plan to ' Divide and Conquer' the working stiffs they control. " Keep them hating each other and they'll forget about hating us so much."

During their trip down south, the pair gets stopped one night during a heavy rain by two local cops.  With guns drawn the older of the two deputies shouts to the driver, Tony Lip, to get out of the car in the pouring rain. He then yells to his partner to get the passenger, the black musician, out also. The young deputy states that there is no need to have the passenger get out, but is shouted down by his partner. As  Doc Shirley, the musician , and Tony Lip are standing in the monsoon, Tony Lip asks the deputy why they were pulled over. He is told, at gunpoint, that there is a ' Sundown ' rule in that town which forbids 'Niggras ' from being out past sundown. The deputy questions why Tony Lip is driving a ' Niggra' and what they are doing in his town. When the deputy finds out that Tony Lip is Italian he tells Tony that by being  Italian he is a ' Half a Niggra', whereupon Tony Lip floors him with one punch... and the pair are arrested.

The film captures the extent of Jim Crow segregation  at that time. The black star is treated with flattery by the places he is hired to perform in. Yet, he is not allowed to use the bathrooms reserved for whites, or to eat in the regular dining room. HIs dressing room is really just a closet compared to those he would use up north. Or course, heaven forbid if he were to stay in anything but rundown ' Colored Only' hotels. This all is a revelation to someone like Tony Lip, yet he himself begins to realize the ' subtle segregation' and obvious racism that had always existed in his own Bronx neighborhood. Both men slowly draw closer to each other through this horrific experience.

There are various levels to this great film. What attracted this writer was the message, as covert as it may have been, that all working stiffs are really just ' Niggras ' to those who run things. No matter how much prestige or monetary gain one has accumulated, if one is NOT born and bred within the blue blooded club... acceptance is futile. The movers and shakers of empire will co-opt the few who climb that ladder of accomplishment, yet never allow them to eat in their upper class dining room. This Anglophile system has been with us since perhaps our inception as a republic. They allow the other ethnic ' servants of empire' to do just that. Behind all the Jews of finance and banking, Dagos, Micks, Krauts , Spics and Niggras in politics, the military, media, sports, hi tech, agriculture and manufacturing  are the descendants of royalty who have always run things Amerikan.  They pull the strings of this phony ' Two Party/One Party' system, and always have. A scene in Robert De Niro's film The Good Shepherd echoed this fact. When Matt Damon, as the Blueblood CIA man, pays a visit to the Joe Pesci character, playing a mafia leader, Pesci asks " We Italians we got our families and we got the Church, the Irish got their homeland, the Jews their tradition, even the Niggers they got their music... what do you people have?" Damon answers him " The United States of America and the rest of you are just visitors."