Land Destroyer Blog
THE FOREIGN POLICY OF THE ANGLO-AMERICANS AND THEIR ALLIES IS RIDDLED WITH HYPOCRISY AND CRIMINALITY. 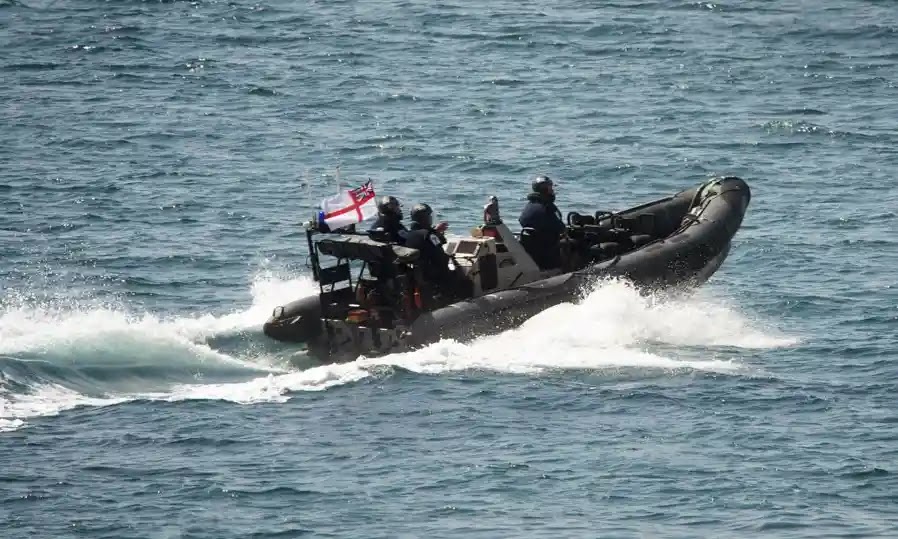 British boat engaged in harassing targeted nations' vessels. Freedom of navigartion is what we say it is.

Had Iran openly hijacked a vessel of any nation, for any reason, plying through waters anywhere on Earth, the US and its allies would immediately cite it as a provocation toward war.

In fact, even without evidence, suspiciously timed attacks carried out last month on tankers passing through the Persian Gulf were cited by Washington and London as a pretext for increased pressure on Tehran despite the attacks appearing staged by the West itself.

Now in a display once again illustrating just who the actual menace is to global peace and stability, the British have openly – even proudly – hijacked a ship carrying Iranian oil allegedly bound for Syria.

Royal Marines have helped seize an Iranian supertanker suspected of carrying oil to Syria off the coast of Gibraltar, escalating tensions between the UK and Tehran as the agreement aimed at halting Iran’s nuclear programme unravels.

A detachment of nearly 30 British troops working with the Gibraltarian police intercepted the vessel, believed to be carrying 2m barrels of oil, in a dramatic manoeuvre Spain said had been conducted at the request of the US.

The article would quote the British ambassador to Iran who claimed:

[The UK] welcomes this firm action by the Gibraltarian authorities.

As to why the UK believed it was justified to hijack the Iranian tanker – the article would cite “sanctions against the regime of Bashar al-Assad” the UK and EU placed on Syria – which are in themselves illegal and an act of war.

The UK’s presence in Gibraltar itself is a point of contention between London and Madrid.

The fact that the British are using the disputed territory of Gibraltar to hijack ships or that the London Guardian is trying to depict it as an operation undertaken while “working with the Gibraltarian police” – when the “Gibraltarian police” are nothing more than functionaries representing London itself – provide a clear illustration of how foreign policy, media, and crimes against international law are being coordinated, justified, and sold to the public by Washington and London.

While Iran has regularly threatened to impede shipping through the Stait of Hormuz in retaliation to Western military aggression – it has never acted upon these threats – reserving them as a means of last resort.

The British and Americans – on the other hand – have literally implicated themselves in disrupting “freedom of navigation.” 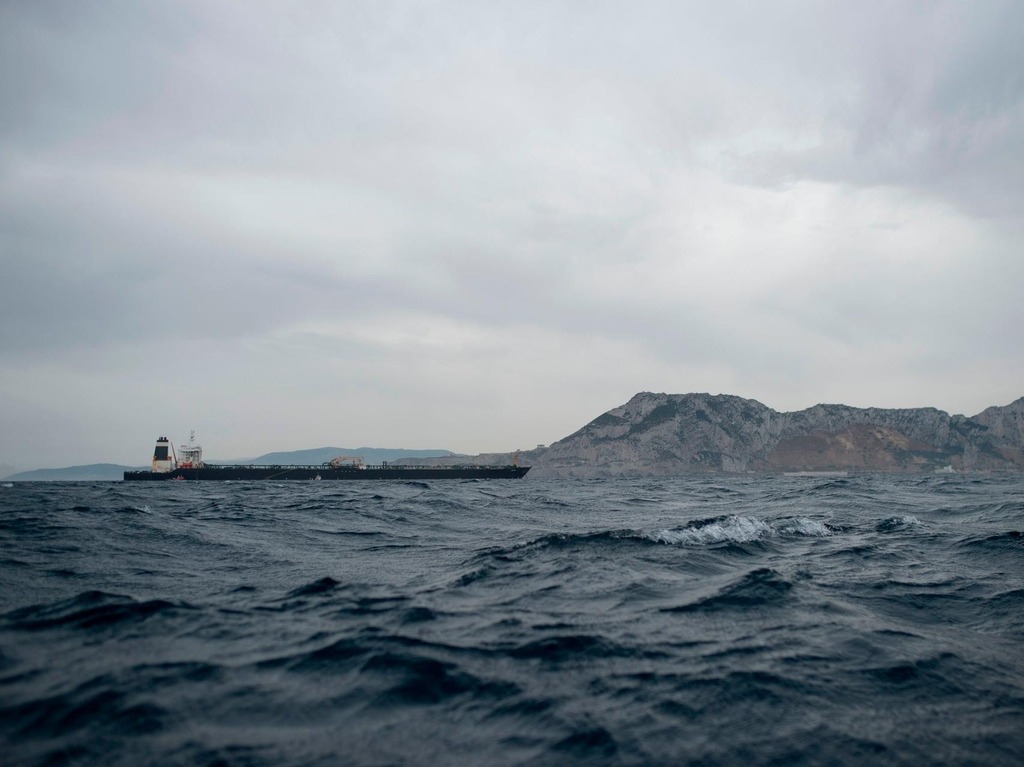 The Grace 1 off the coast of Gibraltar, properly Spanish territory, but stolen by the British.

The US and UK both pose as international arbiters and underwriters of what they call “the freedom of navigation” of the world’s seas. They regularly accuse nations like China of impeding such “freedom” in the South China Sea – using these accusations as an excuse to build up a military presence off China’s shores – thousands of miles from their own shores.
They have also regularly cited Iran’s “threats” to shipping through the Strait of Hormuz as another reason Iran should be further pressured, sanctioned, and its government ultimately removed from power.

Yet by hijacking Iranian ships, or likewise intercepting North Korean vessels, or the ships of any nation based on sanctions unilaterally and illegally imposed by Washington, London, and Brussels implicates the West themselves as the primary threat to the very “freedom of navigation” of the world’s seas they claim to uphold.

From Western policy think tanks to policymakers and politicians themselves – the West has all but admitted it is trying to goad Iran into war.

Sanctions, Western-sponsored terrorism aimed at Iranian territory itself, and provocations – like the recent hijacking of an Iranian tanker – all aimed at Tehran – are moves seeking to trigger a response from Iran that will justify even wider Western economic sanctions and military aggression.

And if Iran fails to provide such a provocation, one might be staged and blamed on Iran anyway.

These are the actions of outlaw nations presiding over a fading international order – one fading specifically because it is so transparently unjust, lopsided, and disruptive toward global stability. It has persisted for so long solely through the maxim of “might makes right.”

The British stealing ships from stolen land to enforce illegal sanctions is a vulgar display of “might makes right,” but one that may possibility be reaching its expiration.

The countervailing multipolar order emerging across Eurasia has an opportunity to oppose this flagrant provocation – not merely on Iran’s behalf – but to erode the impunity that will allow the US and UK to target the ships of other nations in a similar fashion if afforded impunity to do so to Iran now.

For Tehran, it will need to continue exhibiting “maximum patience” while enduring Washington and London’s “maximum pressure” campaign – avoiding the traps both have laid out for Tehran as they attempt to bait the nation into war and change their failing fortunes in the Middle East and around the globe.

The British – still a thorn in the side of global peace and stability despite losing most of its empire – presents us with a preview of what to expect from America even long after it fades as sole global hegemon. Learning to put the UK’s recent provocations in check now will help develop the tools necessary to put in check its future provocations – and those the US will find itself also depending on more and more often in the future.