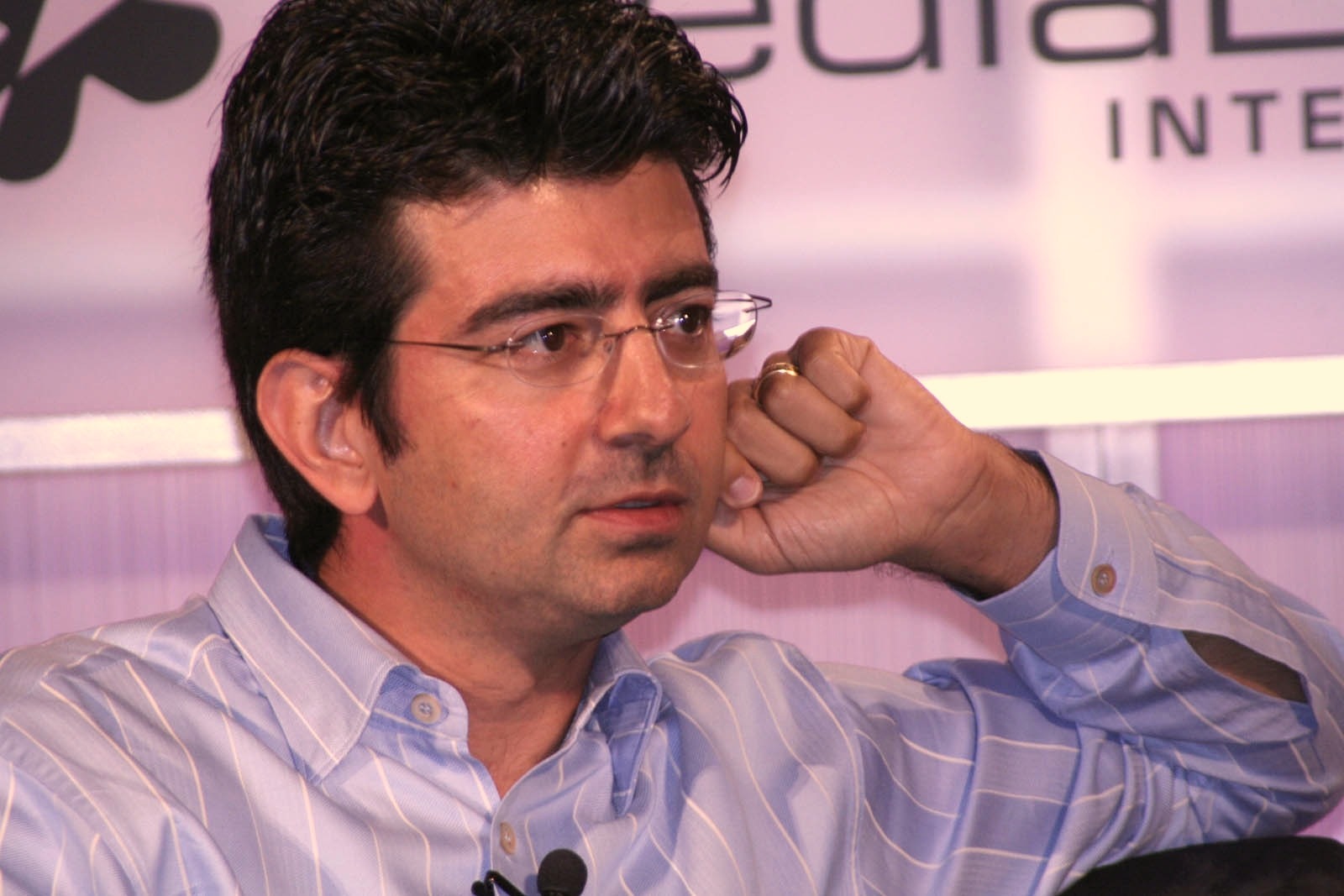 Like all billionaires, Omidyar is an interventionist imperialist in foreign affairs. He's obviously the force behind the deterioration of journalistic standards at his own creation.

The Intercept, a prominent online publication that has built a following based on exposures of government crimes and surveillance operations, published a scurrilous article last week calling for an intensified US campaign against persecuted WikiLeaks founder Julian Assange.

The article, authored by James Risen, did not even mention the fact that the Trump administration, with the full support of the Democrats, is seeking to extradite Assange from Britain, so that he can be prosecuted in the US for his role in WikiLeaks’ exposures of war crimes, diplomatic intrigues and mass surveillance.

Instead, it sought to present the WikiLeaks founder as the crucial link in a conspiracy between Trump and the Russian administration of President Vladimir Putin, to deprive Democratic Party candidate Hillary Clinton of the presidency in the 2016 US election.

Editor's Note: The author is quite correct in all his assertions, but there are some aspects missing from the picture. For starters, The Intercept—product of an still unspecified alliance between Glenn Greenwald and eBay billionaire Pierre Omidyar—is today a publication with a clear schizoid political personality. Although it did not start like that, this is evident by this point. Some articles, like those authored by Greenwald, remain on solid investigative journalistic grounds; others, like those penned by James Risen, a director with First Look Media's Press Freedom Defense Fund, and an old establishment hack sporting the ludicrous label of Senior National Security Correspondent, push the Deep State agenda. This is more than ironic since Risen, who is according to his own bioblurb on The Intercept "dedicated to to supporting news organizations, journalists, and whistleblowers in legal fights in which a substantial public interest, freedom of the press, or related human or civil right is at stake," is shamessly betraying his declared mission. Such equivoval behaviour is quite probably a reflection of where Pierre Omidyar's politics lie, and where he may be pushing the blog—under penalty of defunding or outright firings or closing.  I suspect he made his case and forced the hiring of people like Risen in the name of "providing more objective and balanced content," an old canard. If that is the case, barring the existence of a tough exit contract favoring Greenwald, the latter's days at The Intecept may be numbered.— P. Greanville

The Intercept did not provide any evidence for these assertions, which have been trumpeted by the Democratic Party, the intelligence agencies and the corporate media for the past three years without any substantiation. 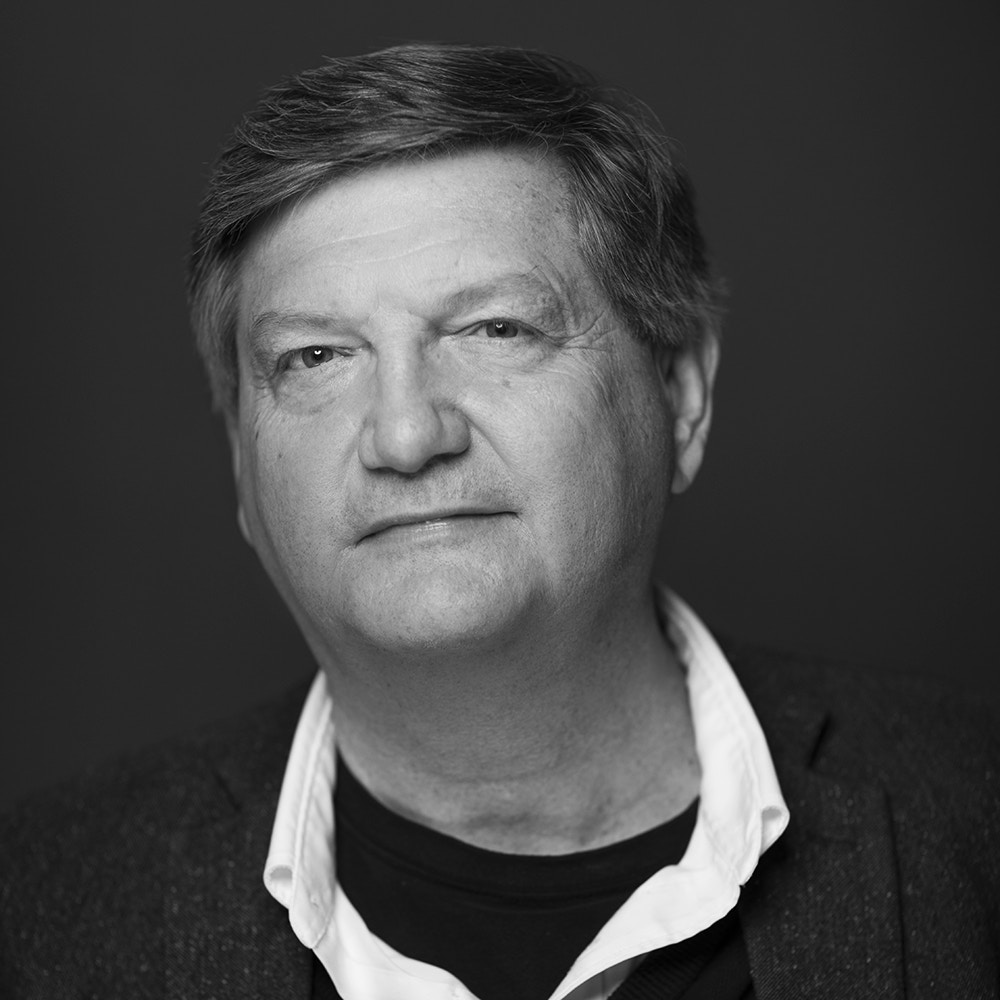 Risen: Doing the system's bidding. As a career journo he may be defending a possible sinecure to retire on. (Intercept bioblurb photo).

Its claims were based almost entirely on a report by CNN earlier this month, which was breathlessly billed as an “exclusive” exposé of Assange. Risen described it as “an explosive story” that “raised important new questions about ties between Julian Assange, WikiLeaks, and Russia.”

Risen approvingly noted that CNN claimed it “had obtained hundreds of pages of surveillance reports compiled for the Ecuadorian government by a Spanish security company.” In fact, the material, which is apparently being circulated by Ecuadorian and other intelligence agencies in a bid to discredit Assange, constituted a gross and potentially illegal violation of the WikiLeaks founder’s privacy.

The UN Special Rapporteur on Privacy was investigating the pervasive surveillance of Assange in the embassy as a possible breach of international law shortly before he was dragged out of the building by British police on April 11.

Risen claimed CNN had demonstrated that “Assange met with Russians and world-class hackers at critical moments, frequently for hours at a time.” In reality, the “Russians” that Assange is alleged to have met were prominent reporters and producers from the well-known RT news network.

Contrary to the impression cultivated by CNN and Risen, the “world-class hackers” had nothing to do with Russia. They were two German citizens and computer experts, Andy Müller-Maguhn and Bernd Fix, who have been publicly associated with Assange and WikiLeaks for the best part of a decade.

Risen continued that the CNN story had shown that Assange had received “in-person deliveries, potentially of hacked materials related to the 2016 US election, during a series of suspicious meetings.” He covered up the threadbare character of this claim in the CNN article.

The network’s assertions were based entirely on unsubstantiated and highly conditional statements contained in the report by Special Counsel Robert Mueller into supposed collusion between Trump and Russia. As CNN pathetically noted, the Mueller report had said that it could not “rule out that stolen documents were transferred to WikiLeaks through intermediaries who visited during the summer of 2016.”

In other words, Risen’s article was a third-hand retelling of insinuations, unsubstantiated claims and speculation contained in the Mueller report.

The politically reactionary character of the Intercept article was summed up by its categorical claim that documents published by WikiLeaks in 2016, relating to the Democratic Party, were “hacked by the Russians and released by WikiLeaks.”

This proposition is based solely on the statements of the CIA, Democratic Party politicians and corporate media outlets, which have used their hysterical anti-Russian campaign to press for a more militarist foreign policy and to justify the wholesale censorship of socialist, left-wing and anti-war websites online.

Risen did not even mention the contents of WikiLeaks’ 2016 publications.

They included leaked emails establishing that the Democratic National Committee had attempted to rig the Democratic Party primaries against self-proclaimed “democratic socialist” Bernie Sanders, and in favour of Clinton. WikiLeaks also published Clinton’s secret speeches to Wall Street banks, in which she pledged to be their bought and paid for representative.

Risen’s article called for the Democrats to press ahead with the anti-Russian campaign, despite the failure of Mueller to substantiate the claims of collusion between Trump and the Kremlin, in his special counsel report or in testimony before Congress last week.

Risen declared: “The Democratic-controlled House should pick up where Mueller left off and create a select investigative committee that consolidates all the House’s inquiries into Trump and Russia.” Given the central place the Intercept journalist assigns to Assange in the supposed Russian conspiracy to elect Trump, such a body, as conceived of by Risen, would inevitably target the WikiLeaks founder.

As well as serving to malign Assange, the slanderous claims that he worked with the Russian government and Trump have already been used to directly attack his legal and democratic rights.

Last November, the Guardian published an article alleging Assange met with American political lobbyist Paul Manafort at the Ecuadorian embassy in 2013, 2015 and early 2016. The assertion was aimed at tying Assange to Manafort, who later served as a Trump campaign adviser and was a central target of Mueller’s investigation.

The Guardian provided no proof for its story. The allegations have been categorically rejected by WikiLeaks and Assange, and refuted by the absence of Manafort’s name in the Ecuadorian embassy’s visitor logs.

Despite this, Hanna Jonasson, a member of Assange’s legal team, last week revealed that the “Manafort hoax allowed US authorities to make a formal request to Ecuador to hand over Assange’s belongings from the embassy after his political asylum was unlawfully terminated. Even though Mueller knows it’s a hoax the ‘investigation’ is the pretext to get his belongings.”

Risen’s article is not the first to appear in the Intercept attacking Assange.

An article by Robert Mackey in November, 2017 accused the WikiLeaks founder of a “willingness to traffic in false or misleading information,” of “working on behalf of Trump” and of transforming “the WikiLeaks Twitter feed into a vehicle for smearing Clinton.”

A venomous February 2018 article attacking Assange by Micah Lee and Cora Currier similarly sought to slander the WikiLeaks founder as a supporter of the Republicans, while lending credence to the Swedish frame-up against him, over bogus allegations of sexual misconduct.

The authors at the Intercept publishing such filth only demonstrate that they are adjuncts of the Democratic Party and the intelligence agencies. In this, they function as enablers and promoters of the state persecution of Assange, a journalist and publisher who is being targeted by the American government for his exposure of US war crimes.

ABOUT THE AUTHOR
Oscar Grenfell writes for wsws.org, a socialist publication.

Hybrid war on China rolls on with disgraceful fake journalism...

No Matter the Liberal Metric Chosen, the Bush/Cheney Administration Was...

Glenn Greenwald on Lessons from the Election, Leaving the Intercept...