January 28, 2020
Please make sure these dispatches reach as many readers as possible. Share with kin, friends and workmates and ask them to do likewise. 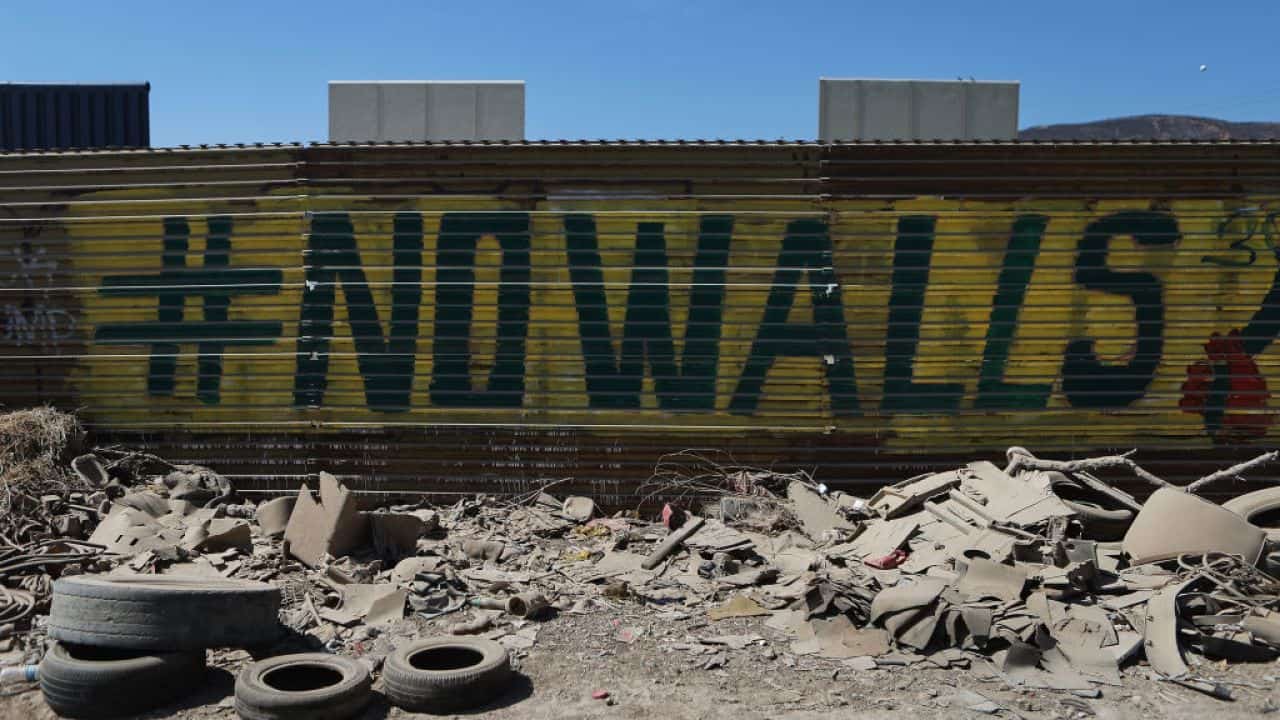 The sentiments of Tucson, precisely.

The 2020 U.S. Presidential Election Year finds me ensconced in Tucson, Arizona.  This is definitely not Trump country.  Our man in The U.S. House of Representatives is Raul Grijalva, possibly one of the most influential liberals in D.C.  Tucson’s newly-elected mayor is Regina Romero, a Latina leftie who doesn’t shrink from the task of taking on every conceivable social issue.  And I have begun attending what might just be the most influential church in the U.S.A. when it comes to actually DOING the work of Jesus Christ, and not just chatting about it:  Southside Presbyterian; where the Sanctuary Movement began, and which still actively ruffles the feathers of those who believe that the only good “illegal” immigrant is a dead one.  If you want to make enemies in these parts, just say a few words portraying your current U.S. President as being anything other than the slimy, smug, self-righteous, racist, misogynist, hate-monger which he is.  So now my conundrum is this; how do I convince anyone, amid the shitstorm of anti-Trump hysteria, that the man is just playing his part in a multi-year drama?  He’s simply been assigned the part of a president in this country’s latest quadrennial election/selection/faux-democracy, divide and conquer spectacle…brought to the populace along with “bread” from the Agro-Chemical Industry, and “circus” compliments of virtually every major “news” source, under the omniscient direction of our dear friends at The C.I.A.

“This is an invitation to take part in the long overdue slaying of our favorite sacred cow…the election process…which has always been controlled, but which can now be done with the click of a mouse…”

Nobody wants to be played for a fool.  Obama’s act was equally as impressive as Trump’s.  Plenty good enough to leave him in place on the political stage for a four year encore.  His keynote speech at the 2004 Democratic Convention had me writing letters to editors, endorsing him for president in ’08.  And during his inauguration eleven years ago, I wept for joy.  Then within a year, my delusions surfaced like bubbles from a champagne bottle.  By some estimations, my one-time hero dropped more tons of bombs on foreign countries in wars for profit than any of the 43 before him.  He also has deported a record breaking number of “illegals”.  And when he started referring to his fellow-Americans as “exceptional” with disturbing regularity, I finally understood that I’d been played for a fool.  I’d swallowed the charismatic, C.I.A.-directed act of this man who had won the hearts and minds of at least half of all Americans.
Seems to me that it’s fair to say that certain groups of Americans join one of the two major parties for similar reasons.  The two parties have the game tied up, and nobody else is allowed a place on the playing field. Therefore if you want to be heard, you become either Republican or Democrat.  Who becomes Republican?  Rich bastards who want to stay that way and poor bastards who strive only to be rich.  Social issues, other than possibly White Supremacy and the sacred Second Amendment do not apply.  And who becomes Democrat?  Good folks who truly love their fellow humans, care for the environment, whose hearts bleed for social justice issues, and who take the teachings of the Prince of Peace seriously…a few even daring to dream of actual peace on earth. 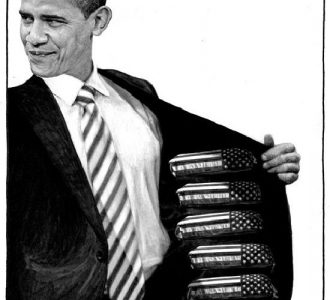 Amazing how many people-many quite intelligent—fell for this charlatan. A considerable number are still in thrall. (Art by Mr. Fish)

JOHN R. HALL, Senior Contributing Editor  •  Meanderer, dreamer, mountaineer, restaurateur, military draft refusing felon, wannabe revolutionary, and citizen of Earth, observes the circus of life, and writes from wherever the north winds blow him.  He can most likely be found somewhere in The Hawaiian Island Chain, in Mexico’s Corazon, in The Sonoran Desert of Arizona, The Mohave Desert of Nevada, The high deserts of New Mexico, on a Teton glacier in Northwest Wyoming…or at drachman2358@outlook.com