US torpedoed the entire global economy to stop China’s rise

[dropcap]T[/dropcap]his is very interesting news that Israel is now saying that US intelligence warned them in November about a potentially catastrophic pandemic in Wuhan, China, and apparently other US allies were also warned in November.

This confirms what ABC News reported earlier this week and, of course, the Trump administration denied it. You’re not supposed to believe anything until it’s been denied maybe twice or three times. So we'll have to wait for a couple more denials before we can be sure that this is true.

But assuming it is—and we’ve got these different sources now telling us that this is true—this is quite mind-blowing, because China did not become aware of this problem until December 31st. So if US intelligence knew that there was a potentially catastrophic pandemic developing in Wuhan, China, in November, it means US intelligence knows what’s happening in Wuhan, China, better than the Chinese do. And the only reason that that would be the case would be if the US had planted the virus there. 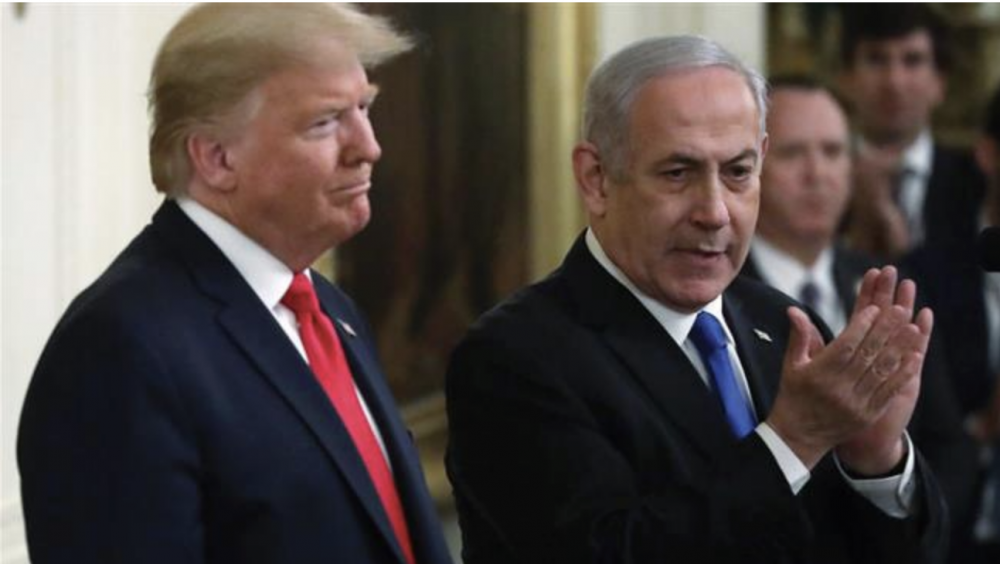 US intelligence agencies gave Israel an advance warning of an emerging coronavirus outbreak in mid-November, according to a report.

Now that sounds like an outrageous hypothesis, but it’s really not if we understand how geopolitics operates, how covert operations take place. And if we understand the complete lack of normal morality and ethics among people who are in charge of foreign policies we understand why it is far more probable than not that US intelligence was indeed behind this, although given that the Israelis are pointing their fingers at the Americans, maybe the Israelis were involved too and want to offload some of the blame—who knows. Certainly the attack on Iran would implicate the Israelis.

In any case, the US desperately needs to stop the rise of China to number one world power status. To do that it has to slow down Chinese economic growth considerably, which has been in double-digits for almost 40 years.

The only way to do that would be to torpedo the entire global economy and find a way to try to break the global supply chains so that the economy would become less globalized and individual countries would be looking elsewhere rather than to China for their goods, to get infrastructure through such projects as Belt and Road and so on.

If history continues on the trajectory that it was on before the coronavirus, the Chinese are going to rule the world within a decade or two. There’s no question about that. And that is absolutely unacceptable to the American decision-makers. They had to find some way to bust up the globalized economy and in particular to try to strike at China. This appears to be what they’ve done.

Now, they’re saying that they’re going to steal China’s investments in US treasuries to the tune of trillions and trillions of dollars as supposed compensation for the virus.

So the US propaganda push among the extreme anti-China crowd here in the United States is to blame China. The push is to use this as an excuse to destroy China’s economic leverage by stealing Chinese investments in US treasuries and to attempt to de-globalize the world.

All of this points straight at the usual suspects. The same people who did 9/11 in order to launch their war on Islamic civilization as the beginning of the clash of civilizations, now realize that the civilization that is the most threatening to their continued hegemony in the world is Chinese civilization.

This is the first strike of World War III as the US is preemptively striking China not so much with the virus itself but with the massive publicity and the historical effect that will happen due to this virus, as they can smear China, as they can try to convince other countries to stop trading so much with China, and as they attempt to de-globalize the world economy so that they can freeze the world the way it is, where the US still has the vast preponderance of military power. 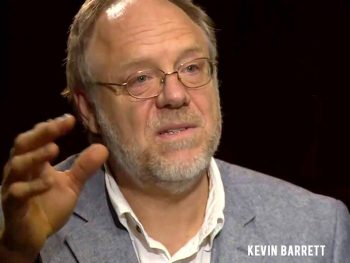 Kevin Barrett (pictured above) is an American author, journalist and radio host with a Ph.D. in Islamic and Arabic Studies. He has been studying the events of 9/11 since late 2003. He recorded this article for Press TV website.
NOTE

Barack Obama endorses Joe Biden for president (and other betrayals)

I think Kevin Barrett’s approach is much better way forward than following the “we are all going to die” narrative. The PTB have the power of setting the agenda, they can hype any threat they want, real, imagined or somewhere in between, or ignore it if convenient (tobacco smoking, lead in petrol, yearly flu pandemics).

Crashing the Chinese global exports markets for is a Samson option, but the important thing is not absolute power, but relative; if the US comes relatively better out of this economic crash than China, it is a success. And creating anarchy and chaos is a tried and tested US method; think of Libya, they have systematically created chaotic and disintegrating countries rather than stronger stooge governments (Libya, Yugoslavia, Somalia, Iraq etc)

Many people think that china’s leaders are a “bunch of idiots”. Realy?