Barack Obama endorses Joe Biden for president (and other betrayals)

April 19, 2020
Please make sure these dispatches reach as many readers as possible. Share with kin, friends and workmates and ask them to do likewise. 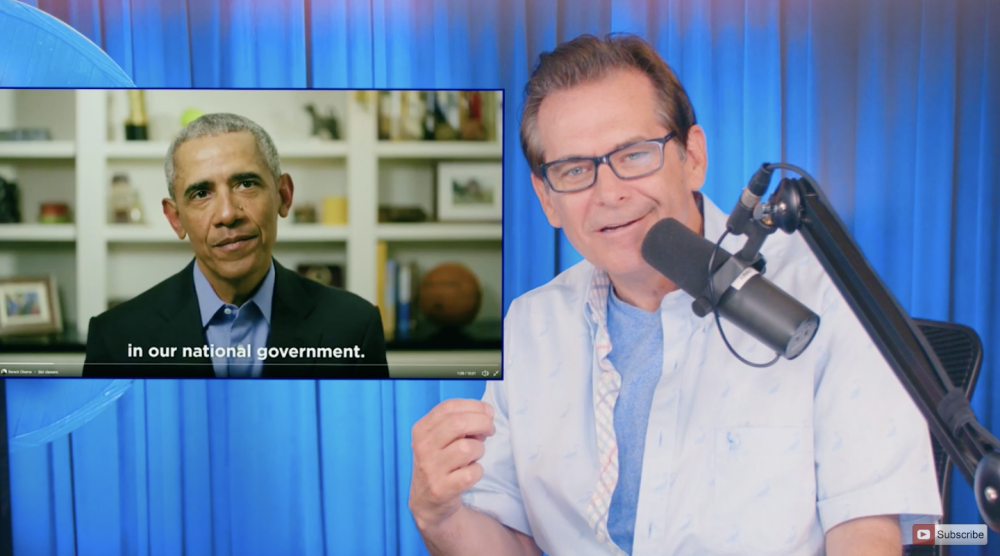 [dropcap]F[/dropcap]ormer President Barack Obama formally endorsed his vice president of eight years, Joe Biden, as the Democratic presidential nominee for 2020, in a 12-minute video posted Tuesday morning across various social media platforms. Obama’s endorsement of Biden was no surprise, given that Biden has based his entire campaign on his role as Obama’s second-in-command.

Obama's video follows Vermont Senator Bernie Sanders’ joint online event with Biden the previous day, in a coordinated effort by the Democratic Party leadership aimed at presenting the candidacy of Biden, a loyal servant of Wall Street and the military-intelligence apparatus his entire political career, as a progressive champion of working people.

In his endorsement of Biden, Obama larded his speech with his usual clichés and empty platitudes meant to disguise a record of reaction and subservience to the ruling class. Reading from nearly the same script Sanders used during an equally hagiographic exercise, Obama heaped praise on “an incredible partner” and “close friend.”

There was no acknowledgement in the media coverage that Obama’s fervent support for Biden entirely contradicts the play-acting engaged in during the Sanders’ event, when Biden pretended that he would establish the most progressive administration in American history, and Sanders pretended to believe him. 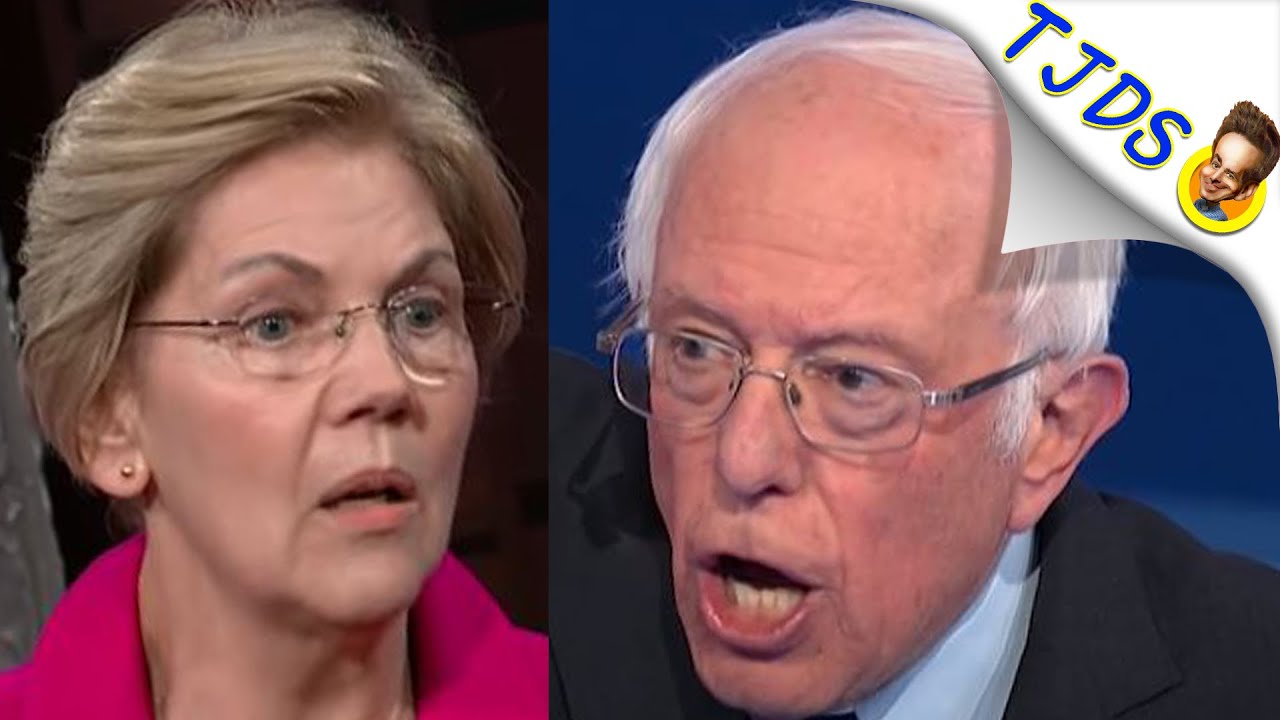 Barely 24 hours later, Obama and Biden presented a Biden administration as a continuation of Obama’s—in other words, a right-wing, pro-corporate government that would wage war on behalf of American imperialist interests around the world, while attacking the working class and democratic rights at home. One only has to recall some of the main “accomplishments” of the Obama-Biden administration (2009-2017) to see the gross deception involved in presenting a future Biden administration as “progressive.”

Obama bailed out Wall Street and the major banks at the expense of working people. He “saved” the auto industry by slashing the wages, benefits and jobs of auto workers. He prosecuted a ruthless attack on democratic rights at home, hounding journalists, jailing Chelsea Manning, and pursuing Julian Assange and Edward Snowden for their exposures of the crimes of the US government. Overseas, Obama continued Bush’s wars in Iraq and Afghanistan, launched new ones in Libya, Yemen, and Syria, and carried out a policy of drone-missile assassination all over the world.

An endorsement from Obama is not a political validation, but the mark of Cain.

Obama declared in the video: “Choosing Joe to be my Vice President was one of the best decisions I ever made, and he became a close friend. And I believe Joe has all the qualities we need in a President right now.”

One should recall that Obama’s selection of Biden as his running mate following the 2008 primary campaign was a gesture from Obama to the ruling class, an assurance that despite his anti-war posturing and “hope and change” rhetoric, there would be no encroachment on the wealth and privilege of the oligarchy, nor an end to US imperialist wars. Or as Biden put it himself when speaking to major party donors at a 2019 New York fundraiser for his presidential run, under a Biden administration, “nothing would fundamentally change.”

While Obama maintained a facade of neutrality during the primary, the wrapping up of the contests has revealed the extent to which the former president acted as a “kingmaker” behind the scenes. Beginning last fall during a private dinner with the Democracy Alliance, a network of wealthy Democratic donors, Obama criticized Sanders and his so-called “revolutionary” policies, claiming that voters did not want to “tear down the system.”

Obama was also instrumental in the winnowing of the Democratic field prior to the Super Tuesday primary; advising ex-naval intelligence agent Pete Buttigieg, the former mayor of South Bend, Indiana, to drop out and support Biden, which was followed by a flood of support and endorsements from former Biden rivals, including Senator Amy Klobuchar and former Texas representative Beto O’Rourke, and from the entire Democratic political establishment.

In the weeks leading up to his campaign suspension, as the New York Times reports on its web site, Obama held several conversations with Sanders himself, urging the senator to drop out of the race in an attempt to, in Obama’s words, “accelerate the endgame” and avoid a protracted primary. Being the loyal political servant of the ruling class he is, Sanders played his role, folding up his campaign and urging his followers to vote for his “good friend Joe.”

Obama began his prepared remarks by acknowledging the COVID-19 crisis and paying lip service to “the medical professionals putting their lives on the line battling this disease,” as well as the “workers taking risks every day to keep our economy running.” Echoing Sanders’ call for “unity” Obama implored viewers not to “look back” on the record of the Obama-Biden administration, but rather to look ahead.

The former president knows very well that any serious consideration of the record of his eight years in office would explode the illusions that he, Biden, Sanders and all the Democrats are seeking to peddle this year: that the election of a Democratic president would represent a vast improvement for working people over the Trump administration.

Particularly significant is Obama’s declaration: “Joe was there as we rebuilt from the Great Recession and rescued the American auto industry ... That’s why I asked him to implement the Recovery Act, which saved millions of jobs and got people back on their feet, because Joe gets stuff done.”

Far from rescuing the auto industry and saving “millions of jobs,” the bailout of General Motors laid the groundwork for further attacks on the wages and benefits US autoworkers earned through years of struggle. As for the bailout of Wall Street as a whole, prior to the passage last month of the grossly misnamed CARES act, the $787 billion American Recovery and Reinvestment Act was the largest transfer of wealth in the history of the US from the working class to the super-rich.

The growth of the “gig” economy, which forces workers to take multiple low-paying, part-time, contract jobs, was a hallmark of the Obama-Biden “recovery.” An estimated 10 million people, including families with children, lost their homes following the recession. This, Obama wants us to believe, is part of the “incredible progress that we made together during my presidency.”

Obama also touted his and Biden’s administration's alleged competency in relation to the handling of global pandemics such as the H1N1 flu and the Ebola outbreak. What Obama fails to mention is that the reason so many health care workers are “risking their lives” currently without proper safety equipment is because the Obama-Biden administration allowed the Strategic National Stockpile of N95 masks to be depleted and never replenished it, a policy of negligence that was continued seamlessly under Trump.

Obama touted his signature “Affordable Care Act,” as an accomplishment, despite that fact over 30 million people within the US still are without insurance, and those that do have it can testify to its lack of affordability. The COVID-19 pandemic has revealed the folly of the system of employer-based health care coverage, as nearly 30 million people have lost their jobs and are at risk of losing what inadequate coverage they have.

Finally, Obama ended his endorsement with a call for “Americans of all political stripes to get involved in our politics and our public life like never before,” and to “join us, join Joe.” This echoes Sanders’ call the day before for a campaign to unite Democrats, Republicans and independents. The alternatives being presented by capitalist politics in America in the 2020 elections are either a continuation of the fascistic Trump administration, or its replacement by a right-wing Democratic Party administration that will serve the same interests—corporate America and the CIA.

ABOUT THE AUTHOR
The author is a commentator working with wsws.org, a Marxian publication.
While using Marxian methods of historical analysis, and working toward a non-capitalist future, The Greanville Post does not endorse Trotkyism or any other specific faction. Thus we republish only those views we regard as useful and largely free of sectarian distortions. In a world in which truth and the correct path to social change, equality and peace are increasingly difficult to discern due to the proliferation of ideologies, information and disinformation sources, and the confusing imperfections and contradictions of many progressive voices, we try hard to give our audience the most reliable roadmap to effective struggle.

The New Anti-China Campaign Is Built On Lies

US torpedoed the entire global economy to stop China’s rise