Print this post.
Please make sure these dispatches reach as many readers as possible. Share with kin, friends and workmates and ask them to do likewise.
Finian Cunningham 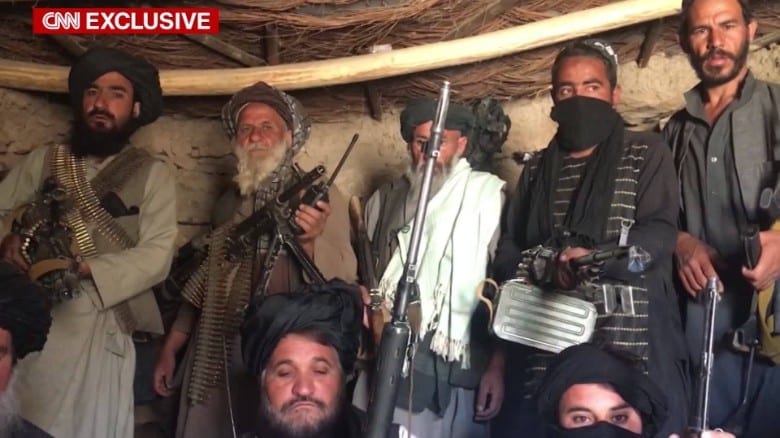 More insidious CNN fake news against Russia. Along with the NYTimes and, naturally, the virtually CIA controlled Washington Post.

The main peddlers of the alleged Russian-sponsored bounty-hunter scheme in Afghanistan against U.S. troops are the New York Times, Washington Post and CNN. All three have excelled in publishing a series of pulp fiction-style stories over the past four years to discredit President Trump and demonize Russia.

From Russian meddling in elections to Putin having blackmail on “agent Trump” thanks to hookers in a Moscow hotel. And much more besides.

That dubious record of propaganda-as-journalism serves as foghorn alert about the latest yarn without even delving into the details.

The story “broke” on Friday with the Times claiming that anonymous “U.S. officials” informed the outlet that Russian military intelligence were paying militants in Afghanistan to assassinate American troops, and that President Trump had been briefed on the matter as far back as March but didn’t do anything about it.

In “follow-up” reports, the Washington Post and CNN are reporting that the alleged Russian bounty-hunter scheme did result in American casualties. Trump is being accused of treachery for allegedly ignoring warnings on security, and that – conveniently – piles the pressure on the White House and the Congress to get tough on Moscow.

Democrat presidential rival Joe Biden has fulminated that it is a “truly shocking” dereliction of duty by Trump whose presidency, says Biden, is “a gift” to Russian leader Vladimir Putin. The Democrat vows to confront Moscow if he is elected to the White House in November.

Republican lawmakers have also jumped on the bandwagon assailing Trump for treacherous neglect over allegedly not acting on the alleged intelligence. (Apologies to readers for the repetition of “alleged”, but it is necessary for clarity and factualness.)

As the story gathers some legs, it soon runs at breakneck speed. British media reports are quoting anonymous British security officials who “confirm” that the U.S. intelligence claims about Russia bounty-hunting in Afghanistan. What’s more, the British “sources” are saying that the alleged Russian operation is being run by the same military intelligence team that allegedly organized the alleged poisoning of double agent Sergei Skripal in Salisbury in March 2018.

Pulp fiction stories are thus being referenced supposedly as confirming precedents for the latest episode in Afghanistan. That’s like building an edifice from straws.

Denials and declined comments can be revealing. Kremlin spokesman Dmitry Peskov has called the bounty-hunter reports “lies”. The Russia foreign ministry said it was an “unsophisticated fabrication”.

A spokesman for the Taliban militants in Afghanistan derided the U.S. claims, saying the militants did not need any foreign help to defeat the Americans.

President Trump in his usual fashion slammed the media reports as another “Russia hoax”. He says he was never briefed on the alleged intelligence and neither was Vice President Mike Pence of White House chief of staff Mark Meadows.

John Ratcliffe, the U.S. Director of National Intelligence, has poured cold water on the reports, saying that Trump was not briefed.

The Pentagon, as well as the CIA and National Security Council, have declined to make any comment on the allegations.

It seems significant that the New York Times described its sources as “U.S. officials who were briefed on the matter” and not as “U.S. intelligence” sources. That way, the newspaper avoids any potentially embarrassing rebuttal from intelligence agencies. The choice of words “U.S. officials” is suitably vague and uncompromising.

A second dodgy detail is the claim that the alleged “recovery of large amounts of American cash” in a raid by U.S. special forces on some Taliban base provided the basis for the concept that Russian military intelligence was organizing the scheme for paying militants to assassinate American troops. It is also claimed that U.S. intelligence gained information on the pay-for-kill plot from “interrogation of captured militants”.

That’s an incredible admission of how poor the basis for the report and its claims are.

Seriously, finding a suitcase of U.S. dollars in a Taliban hideout is cited as implicating the involvement of Russian hit squads.

It is speculated that the Kremlin is waging a “shadow war” against the U.S. in Afghanistan as “revenge” for Washington’s sponsoring of the mujahideen forerunners of the Taliban who dealt defeat to Soviet troops during the 1980s.

A propaganda wheeze always has tell-tale gas-lighting effects whereby thoughts and speculation appear to easily (too easily) flow from one to the other as desired by the orchestrator.

What Joe Biden and others should find “truly shocking” is the flimsy detail that supposedly holds up a “blockbuster” story.

It has the hallmark of an electioneering ploy to undermine Trump’s support among rank-and-file members of the U.S. armed forces. They are seen as a bedrock for Trump votes in the November elections. What better way to alienate the military ranks than accuse Trump of turning a blind eye to intelligence reports of Russian-assisted murder of troops in Afghanistan?

On top of that, to boot, there is also the desired bipartisan outrage among Democrats and Republican lawmakers demanding more sanctions to “punish” Russia and “hold Putin to account”.

FINIAN CUNNINGHAM is a former editor and writer for major news media organizations. He has written extensively on international affairs, with articles published in several languages

ALL CAPTIONS AND PULL QUOTES BY THE EDITORS NOT THE AUTHORS
Liked it? Take a second to support this publication on Patreon!