Many people around the world, and now, the goverments of Russia, China and Iran, are also claiming that Covid-19 probably originated in a US bioweapons lab. This is a legitimate news, says Kim Iversen, a respected commetator on world affairs. The story was even carried by Western news services, but in her case Big Tech decided to censor her. Why? Apparently because she is not a dependable conduit for the official narrative, which seeks to pin blame on foreign state actors, chiefly China. Iversen's shabby and underhanded treatment by Google, Facebook and other Silicon Valley giants reminds us that all non mainstream voices are now suffering the same type of attacks, in differing degrees, but all worsening over time, as the establishment perfects its modus operandi, the challenge for the Western ruling elites being the suppression of free speech and unfettered journalism while still pretending to be guardians of such essential rights. The Orwellian —and cynical—excuse is that they can defeat advancing fascism by using fascist methods! 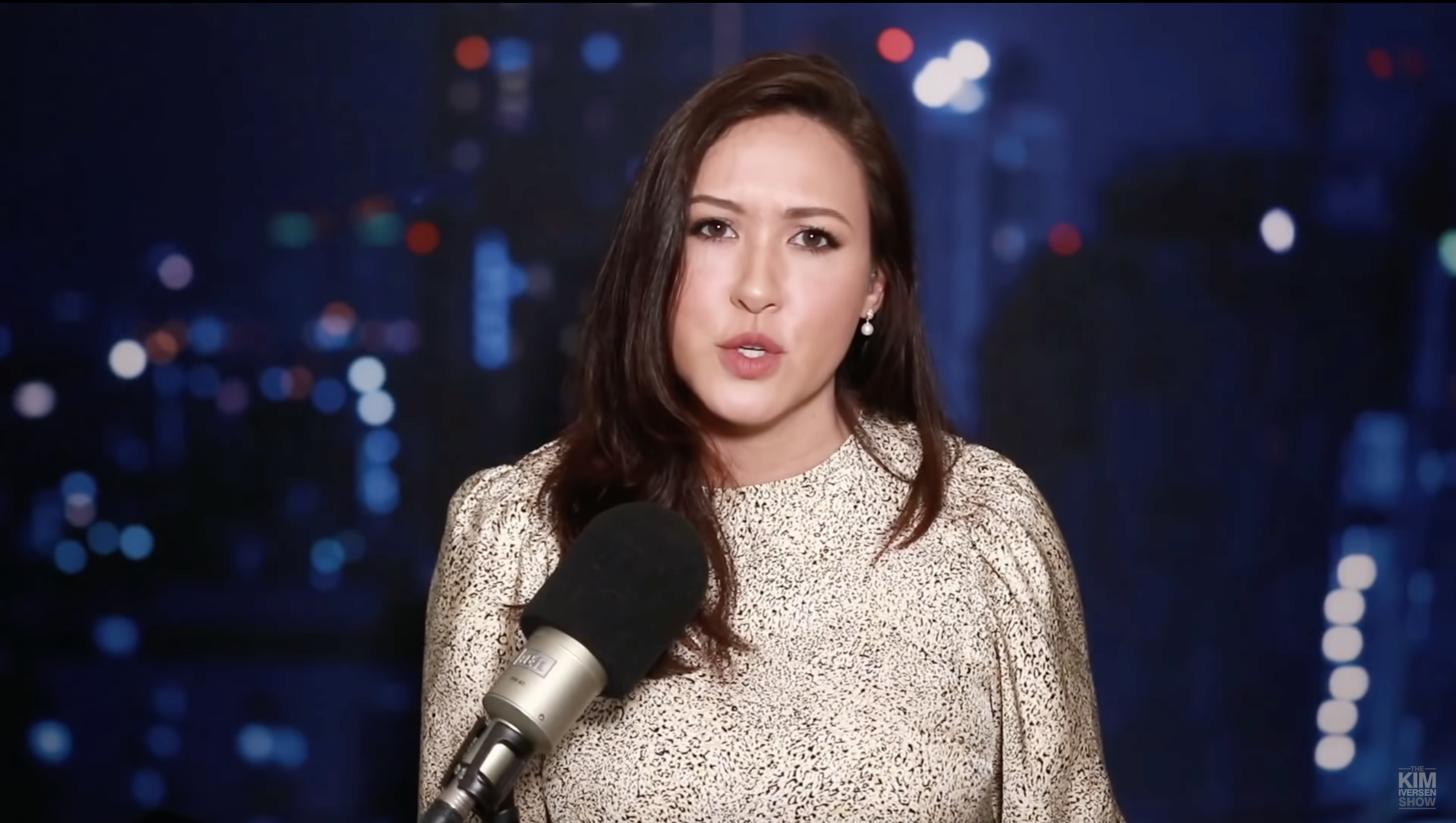 In our own case we have seen our site circulation drop steadily by more than 60% since early 2016, precisely at a moment when it was climbing fast. As well, Facebook, for one, has managed to keep our group membership frozen under 2500 for more than thee years now. People sign up all the time, sometimes in droves, but the counter needle never changes, except by a trickle. Similar shenanigans are being implemened at Google (whose search engine algorithmically "disappears" many "undesirable" items), and YouTube, where the subscriber rate of anti-corporate/antiwar and anti-imperialist voices seems to be also suddenly frozen. Meanwhile thousands of anti-establishment accounst have been deleted or suspended, while others have been demonitised as a way of crippling their operations. People need to keep in mind that the current warmongering and Neo-McCarthyism and now insidious censorship have been spawned by the Democrats (and soon enough joined by the Repubs, they are all servants of the same oligarchs, after all). The betrayal of the Wall Street / Pentagon Democrats is far more disgusting because these people still manage to fool many people, as they continue to present themselves as friends of the socially unorthodox and the downtrodden. Trump—a clear narcissistic grifter— and his many odious psychopathies was a huge gift for these phonies. As the default "lesser evil" of the bankrupt US duopoly game, it gave the slippery Democrats a new lease on life via the Russiagate hoax and the bizarre "Trump derangement syndrome," a curse that apparently destroyed the basic reasoning capacity of far too many liberals, never too robust to begin with.

In closing, despite the fact Kim Iversen regularly speaks her mind from an independent standpoint, her opinions on global politics and big players like China (dismissed as "a dictatorship" about which we can only assume the worst) usually betray an alarming ignorance only explained by her acceptance of US exceptionalism and its inevitable hegemonist policies. This is clearly seen, for example, in her confused and superficial rant on the rare earth kerfuffle, provocatively titled, China To Hobble US Military By Banning Rare Earth Mineral Exports. In that episode Kim makes an impassioned (and disappointing) plea for an autarkic isolationist America, one which should not depend on anyone for its strategic needs, especially rivals like China. Apparently Kim, like most liberals, does not see a material or moral difference between the legitimate national security needs of the United States population and the ruling oligarchs' insatiable imperialist dynamic, an agenda that is now pushing the world ever closer to a terminal nuclear war. From the latter perspective it is obviously better for everyone—US citizens most certainly included—to limit or, as she puts it, "hobble" US militarism. In any case, the point here is that Kim Iversen, her frequent iconoclasm aside, is a just a liberal, not a fierce anti-establishment left like Jimmy Dore or the folks at the Convo Couch, or Caleb Maupin. Yet she is being "soft-censored", as she puts it, probably for no better reason than what she describes at the end of her rant: the folks at the new Ministry of Truth don't have (yet) a very clear roadmap, a clear set of rules and "red lines" understood by all. They are simply using brute force, or, rather, blind force: If someone can't be fully trusted to repeat in content and tone what the approved and certified engines of mass disinformation are saying, then the ax will fall.

Before the Internet, narrative control was taken for granted by the ruling class. As Iversen says, we don't have any real news in this country. Cronkite or no Cronkite, that has been the shameful reality for generations, which explains why so many Americans are so alarmingly confused, angry, dumbed down and disorganized. And why, incidentally, huge crimes like the Korean War, Vietnam, the attack on Yugoslavia, the recent Ukraine coup, the wholesale destruction of the Middle East, especially the vicious attacks on Iraq, Libya, and Syria, and the long chain of coups and interventions in the "Third World" were not prevented by an aroused populace. (Such meddling is now justified by US-sponsored UNO resolutions using the immensely hypocritical "Responsibility to Protect" —R2P—rationalizations. Nothing new under the sun in that regard. Without full-on hypocrisy 24/7 the US empire would simply collapse.)

The internet, however, not as dramatically as we would like, threatened to change that disgraceful informational status quo favoring only the plutocracy. It was beginning to erode the official reality promulgated by the billionaires' mouthpieces. Their reaction is what we witness today: a sordid and cowardly global effort to limit and silence independent voices, a regime of vast mendacity which may last indefinitely.  Their goal is obvious, to destroy independent media. To completely smash the people's right to free speech. But when you go looking for enemies, be sure to understand who your real enemies are. As this publication has noted for years now, the censorship frenzy did not start with the Big Tech oligarchs, who, while far from benign, tend to be libertarian naifs with a diffuse technofascist inclination, but with the Democrat party gang, since the early 2010s (and acutely so since Trump assumed power) increasingly wed to America's deep state—the old "managerial" wing of the ruling class and its meddlesome forever metastasizng "national security" agencies. The latest news on this topic tells us that the wind in this direction is acquiring gale force. In a dispatch dated February 20 (Congress Escalates Pressure on Tech Giants to Censor More, Threatening the First Amendment ) Glenn Greenwald sounds the tocsin once again, but how many minds will he reach?

In their zeal for control over online speech, House Democrats are getting closer and closer to the constitutional line, if they have not already crossed it.

For the third time in less than five months, the U.S. Congress has summoned the CEOs of social media companies to appear before them, with the explicit intent to pressure and coerce them to censor more content from their platforms.

If they succeed, you can kiss all hope for life on this planet good-bye. Because if we are left with only zombie journalism, and with a heavily policed public square, this ridiculous simulacrum of free communications now infesting all of our media will only accelerate our demise.

My Video Was REMOVED Yet Establishment Media Gets To Report SAME Content  (although with a different twist)
Thank you for watching the fully independent Kim Iversen Show.

The CIA & The Media: 50 facts The World Should Know